#Viewpoint This is the real back of two hundred catties to walk Shilishan Road without changing shoulders!

#Viewpoint This is the real back of two hundred catties to walk Shilishan Road without changing shoulders!

This is a reference to one of Xi Jinpings famous quote from a TV interview, in which he claimed that he used to carry 200 jin (100kg) wheat grains and walk 10 li (5 km) without even switching shoulders.

国际 This group of people followed the crowd and watched, without even a mask. The level of health and epidemic prevention in Iran is really anxious.

How much is catties in lb

中共 国 February 24th, February 2nd, the dragon raised its head. In Daying, Beimangmankou Village, Xiong County, Xiong’an District, Baoding, Hebei Province, a large group of birds appeared recently. At least tens of thousands of birds were observed visually. The sun was so spectacular. The flocks of birds went around and fell a lot.

At 12 o’clock in the middle of the night on February 9, Su Ping, a 48-year-old Shenzhen citizen, was stunned by a knock at the door. Police from a nearby police station told him that someone had reported that he had made “improper remarks.”

Su Ping was then taken to the police station, where he wrote a letter of guarantee at the request of the police, guaranteeing that in the future “there will be no more improper remarks and no more things that cause social panic.”

The petitioner was “admonished” again

The “improper speech” that the police referred to was his mourning on February 7 # 李文亮 petition # The Chinese government signed the open letter of the Constitution to “freedom of speech”.

The death of the “whistleblower” has sparked rare anger among the population, including some “in the system”.

WeChat rumored that the self-proclaimed President of the People’s Daily Shanghai Branch Hongbing said, "We are angry at your warnings as rumors … Now, because you don’t believe your ‘whistle’, your country is shut down, you His heart stopped … What a terrible price it will take for you and your whistle to shine through the East. "

Professor Guo Yuhua of Tsinghua University, who signed the open letter, said that although the people were angry, in fact, few people could speak and stand up. Take your colleagues and friends as an example, “Most people understand to a certain extent, but from you to the point where they can make sounds and actions, there are still relatively few. Most people are still afraid, and dare not speak.”

People involved in signing the open letter, who asked not to be named, said that they were only speaking out of their own conscience. Authorities are quickly stifling that criticism.

Su Ping said that it was the first time for him to stand up for such a “high-level” thing, although he usually speaks out for the public good of the community. He confessed that he was a little scared after signing, because it might break the “good times”. He lives well and owns two financial companies with his friends.

But he said: “In the end, someone has to stand up. Otherwise, our phenomenon will never change. Then, if everyone doesn’t stand up, the whole (the situation) will get worse.”

Professor Lau Dongyan from the School of Law of Tsinghua University used Dr. Li’s “careful courage and conscience”. She said in "What can we do to remember this moment? "The article said that this time the people’s grief was probably because of Li Wenliang, everyone saw the fate of themselves and ordinary people.

She wrote: "We are usually afraid of power and are worried about the consequences of telling the truth, including unit punishment, colleague exclusion, and police visits. In order not to affect our personal future and family tranquility, we are careful to remain silent and retreat, It is irreversible.

Awakening of ordinary people is the biggest nightmare of dictators! Social progress requires more people not to pretend to sleep, at least not to make trouble for them! Otherwise, the sacrifices made by the awakened person will be even greater, and the coming of social change will be more distant. Please: It’s the bottom line not to help you!

中共 国 People are not as good as crickets

“I want to tell you that I have a coronavirus. Since the fever started yesterday, a preliminary analysis showed positive results because I isolated myself on Monday night. ” It is strange that there are no masks and a hospital bed

the same Iranian Minister of Health that wrote

This old lady was going to hang herself. The guy told her to quit it and throw the rope away, and promised to find her a place where she can stay and be fed.

The price of lies is higher than whatever the communists can take.
Every person who sacrifices themselves on the wheel of change at least didn’t die uselessly like all those murdered by the CCP

I love this group ty for sharing everything. I’m reading everyday trying to keep up. Are there any other telegram groups specific to just prepping that people are in?

Others are to meme oriented not serious or with Preppers.

•The Bremen health department has secured itself for weeks in an emergency. And also the general practitioners conflicts over a larger spread of the coronavirus • 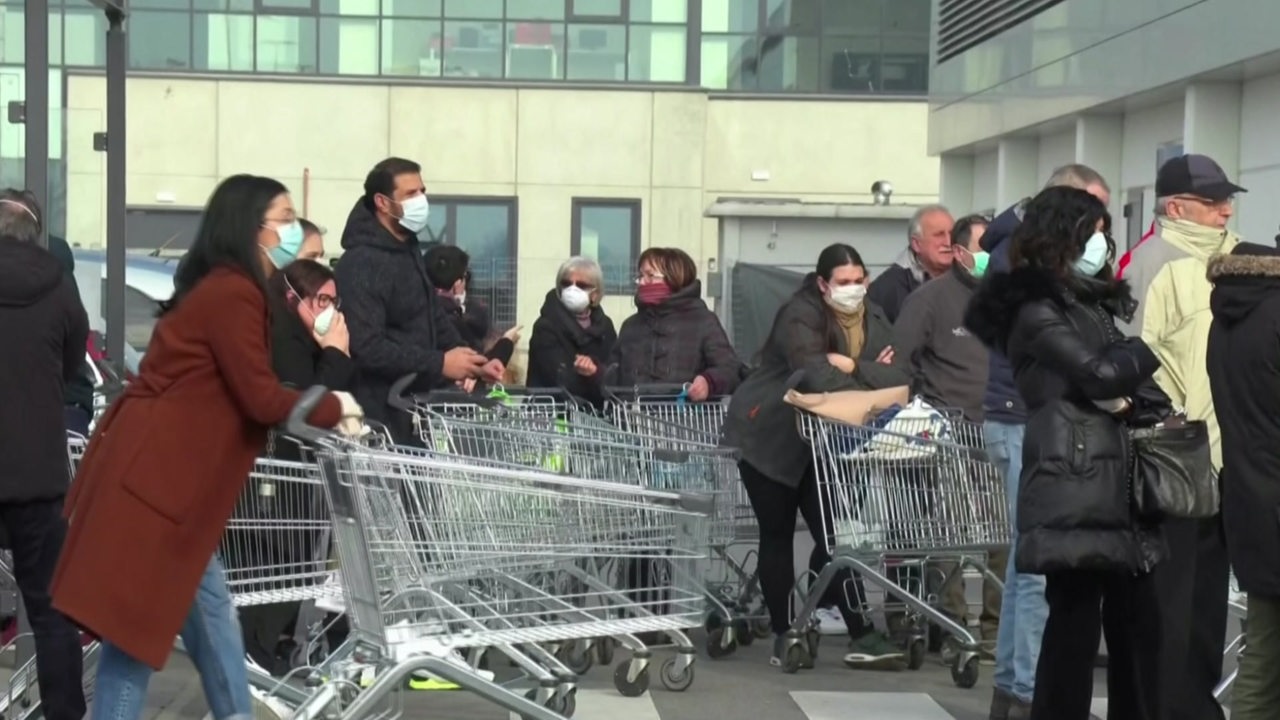 Who is this guy?

If anyone is in a serious prepper group outside of this let me know send me private message there are so many messages in this group I don’t want to miss it hard to keep up thanks.

Ta zi hu community in wuhan. This man was infected but fully recovered and was released from the hospital. he got back home only to find out that all his family passed away.