This is from Anonymous ( in this organization most of them also don't know who is behind mask so there is a lot of options to manipulated by their image some fake news but this is from ano.

This is from Anonymous ( in this organization most of them also don’t know who is behind mask so there is a lot of options to manipulated by their image some fake news but this is from ano. News but there were also many theories who is behind all masks or which govemrneg but many times they make good really good things so idea of mask is good) so what they told here :
Scary movie for sure but with some fundamentals which me as person who treat is from start as normal each year propaganda flu as always was weird that why they don’t tell about this that cases should be from about half of December ant by this world should be half infected and we should see it but we don’t see it but there were this report blocked in China about 9 unknown viruses and that they choose which name covid which makes theory that there be other viruses seems like that’s why it’s no the same everywhere but it’s weird that from December we should see bad situations in whole world about end of January (20-27 days from incubation its start about start or half of December so there were lots of traffic Wuhan-China-World) but world start making more confirned in half of February, which make no logical sense, power is in number but who give us number are the same people who give us information ( shareholders of most media industry are the same :)) so we must trust our intuition have open mind don’t fall to paranoid panic and be positive ( this is deeper subject energy, quantum physics etc) so You can check video but always analzyd everything You see like many times

⤺ reposted by @bradleyrotter from Heres what NYC did during the spanish flu:

Venture firm Sequoia is sounding the alarm about the economy again as...

Sequoia Capital sent out a memo to founders and CEOs of its portfolio companies about the worsening economic situation on Thursday. 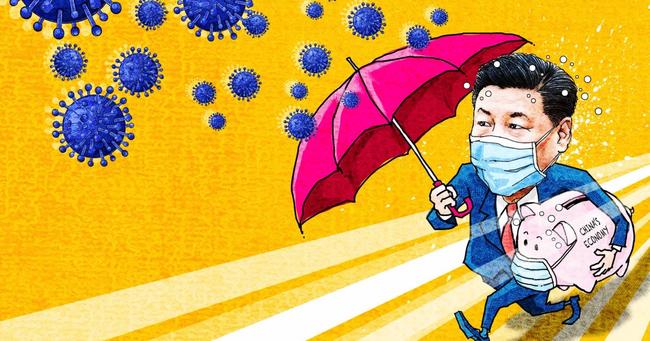