This channel will be unfiltered lens into what’s going on in China.

Chronicling the most important news happening in Canada today. Buckle up.

This channel will be unfiltered lens into what’s going on in China. I will not sugar coat it like the mass media. The numbers and projections of the dead

are all being covered up. Do not trust what is being said by the mass media.

I am not on the ground

I am not seeking a Pulitzer

Everyone on the plane is wearing mask

Thus it is Coronavirus related

So are only 17k people affected or is it much more? 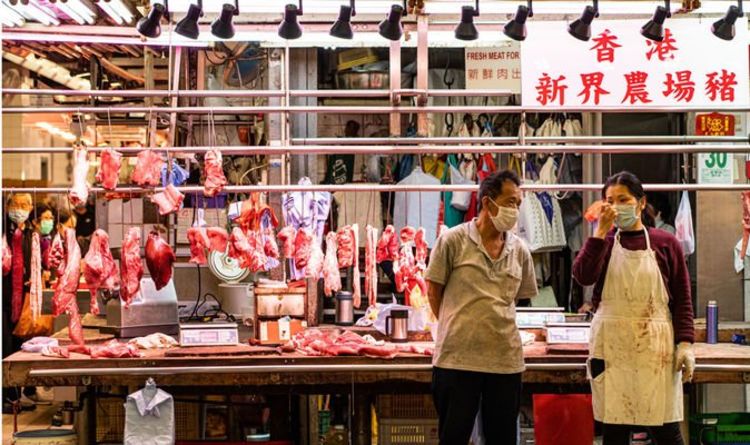 Coronavirus: Bystanders too scared to help Chinese man as he dies of heart...

TERRIFIED bystanders refused to step in and perform CPR on a Chinese man who suffered a heart attack in Sydney, for fear of contracting coronavirus.

This man is a casualty of the fear

He could of been helped

But people stayed away from him

That poor woman on the flight to Toronto

Anyone of the passengers could of helped her

I’ve posted earlier on this

The Problem is that all the death rates are wrong. Because of the incubation period we have to calculate the todays death rate with the infected rate from 7-14 days ago It is just a guess. I suppose we can calculate the death rate for each day. Furthermore, if the real numbers are higher foreign goverments know about it. I bet they are calculating the capacity of cremation centers via satellite infrared images.

Just the public isn’t aware about the situation and to make them aware is not in their interest.

We cannot have a scientific way to count body bags from videos. We don’t have enough information. It definitely is emotionally shocking to see yellow bags appeared in both cremation centers and hospitals. Yet, these are unreliable information for the purpose of counting. Same body bags seen in previous videos filling 10 bins outside one of 6 or 7 cremation centres in Wuhan we can try to calculate the inceneration, it need 50 mins to process a body. There is a few incenerator in one plant, 5 to 7 incinerators on from 8pm to 11pm

Only ones that have the true numbers and estimates are CCP / Pine Gap (NRO, NSA, CIA) and Australian Intelligence

Jesus he just all of a sudden collapsed

Also that patch on the side of his arm

A few days ago, several groups reported one after another: The telegram has a group on topics related to the “Wuhan epidemic”. The group has a size of more than 20,000 people and there are multiple groups. Some of them carry out rumor propaganda and stir up public opinion. . The first-time grouping of the overseas network special processing group of this group’s network was observed, analyzed, investigated, and compared. The adverse effects caused by this group were suspected to pose a danger to social security.

The survey team consists of members from Hubei Province, Jiangxi Province, Chongqing City, Sichuan Province, and Taiwan Province, accounting for up to 66. Among the active people in this group, 28% are active people aged 30 to 45, of which nearly two are the most active. Of the history of departures and living abroad during the month, 6% of them were the subjects of special attention of the group.

In the near future, I will further screen and verify this category and its related subgroups, and compare the information, and finally hand it over to the relevant departments.

I’m on a Chinese watchlist lol

Can you translate the Chinese?

Where did you get this