"The engineering elite of Silicon Valley may know more than most about building software. But they do not know more about how society should be organized or what justice requires," Karp wrote.

“The engineering elite of Silicon Valley may know more than most about building software. But they do not know more about how society should be organized or what justice requires,” Karp wrote.

“Our company was founded in Silicon Valley. But we seem to share fewer and fewer of the technology sector’s values and commitments. From the start, we have repeatedly turned down opportunities to sell, collect, or mine data. Other technology companies, including some of the largest in the world, have built their entire businesses on doing just that. Software projects with our nation’s defense and intelligence agencies, whose missions are to keep us safe, have become controversial, while companies built on advertising dollars are commonplace.”

“The world’s largest consumer internet companies have never had greater access to the most intimate aspects of our lives. And the advance of their technologies has outpaced the development of the forms of political control that are capable of governing their use. The bargain between the public and the technology sector has for the most part been consensual, in that the value of the products and services available seemed to outweigh the invasions of privacy that enabled their rise. Americans will remain tolerant of the idiosyncrasies and excesses of the Valley only to the extent that technology companies are building something substantial that serves the public interest. The corporate form itself — that is, the privilege to engage in private enterprise — is a product of the state and would not exist without it. Our software is used to target terrorists and to keep soldiers safe. If we are going to ask someone to put themselves in harm’s way, we believe that we have a duty to give them what they need to do their job.
We have chosen sides, and we know that our partners value our commitment. We stand by them when it is convenient, and when it is not.”

"Our company was founded in Silicon Valley. But we seem to share fewer and fewer of the technology sector’s values and commitments..."

⤺ reposted by @AriesAzazel from TOP stories: an explosion left a gaping hole in a concrete storage silo at the AG Partners facility (Royal, Iowa).…

Someone has to have the balls to say so.

so lets do it now before i pass out

the next Wizard brought Joy to Billions of us

when we were kids

can anyone guess who???

most popular toy of the 90s

Johnson was born in Mobile, Alabama. His father was a World War II veteran and his mother worked as a nurse’s aide. He stated that he had “liked to tinker with things” from an early age when his father explained to him the basic principles of electricity.

“When I think back on my childhood and the things that happened to me, there were certain periods of time where I felt like I was being saved for something. I feel like I have a gift, and it would be a sin to waste it.” - Lonnie Johnson

“In 1968 when I was in high school I built a four-foot-tall remote control robot with pneumatic cylinders that operated his hands. My robot won first place at a science competition at the University of Alabama where my high school was the only African-American school represented. That was a huge moral victory.” - Lonnie Johnson

Johnson holds a B.S. degree in mechanical engineering, an M.S. degree in nuclear engineering, and an honorary Ph.D. in science from Tuskegee University. Upon graduation, he worked as a research engineer at Oak Ridge National Laboratory, and then joined the U.S. Air Force, serving as acting chief of the Space Nuclear Power Safety Section at the Air Force Weapons Laboratory in Albuquerque, New Mexico.

“After I graduated from Tuskegee with a masters in nuclear engineering, the draft was on so I signed up for ROTC. I figured if I had to go into the military, I’d rather go in as an officer.” - Lonnie Johnson

“I got my first patent in 1979 before I left the Air Force. I called it the Digital Distance Measuring Instrument. It used ones and zeros and dots and dashes and a magnifying lens to read binary-encoded information from a scale that was photographically reduced. It used the same kind of technology that’s used in CDs and DVDs.” - Lonnie Johnson

In 1979, he left the Air Force to accept a position as senior systems engineer at the NASA’s Jet Propulsion Laboratory in Pasadena, California, where he worked on the Galileo mission to Jupiter. Returning to the Air Force in 1982, he served as an advanced space systems requirements officer at Strategic Air Command (SAC) headquarters in Omaha, Nebraska, and as chief of the Data Management Branch, SAC Test and Evaluation Squadron at Edwards Air Force Base in California. He was awarded the Air Force Achievement Medal and the Air Force Commendation Medal on two different occasions. In 1987, he returned to the Jet Propulsion Laboratory where he worked on the Mars Observer project and was the fault protection engineer during the early stages of the Cassini (Saturn) project.

“When I was at the Jet Propulsion Laboratory back in the early '80s is when I first got the idea. The Super Soaker was based on some engineering principles that I applied. I was actually working on another invention which was a heat pump that would use water as a working fluid instead of Freon… I was working on a heat pump that used water as a working fluid, and I made some jet pumps for it. I accidentally shot a stream of water across a bathroom where I was doing the experiment and thought to myself, ‘This would make a great gun.’” - Lonnie Johnson

In 1989, Johnson formed his own engineering firm and licensed his most famous invention, the Super Soaker® water gun, to Larami Corporation. Two years later, the Super Soaker® generated over $200 million in retail sales and became the No. 1 selling toy in America. Over the years, Super Soaker ® sales have totaled close to $1 billion.

“The invention that most people know me for is the Super Soaker water gun. I knew the gun worked well, and I knew it would be successful. I did not realize how successful it would be.” - Lonnie Johnson

Currently, Johnson holds over 100 patents, with over 20 more pending, and is the author of several publications on spacecraft power systems.

“I am a nuclear engineer. I’m working on advanced energy technology. I have a new type of the engine that converts heat into electricity, and I’ve also developed a new type of battery that’s all ceramic, without liquid electrolyte… There are maybe three inventions I have that I rank as my top inventions that I’m most proud of. The robot I built in high school, the memory-protected circuitry for the Galileo and the Super Soaker.” - Lonnie Johnson

Johnson serves on the Georgia FIRST Board of Directors and has been an active supporter and proponent of FIRST since 2003. He frequently serves as a judge and speaker at FIRST events and makes more than 20,000 square feet of space in his facility in downtown Atlanta available to FIRST teams for build space and scrimmage events. Lonnie’s daughter participates in FIRST® LEGO® League.

Johnson was awarded the Air Force Achievement Medal and the Air Force Commendation Medal. He received several awards from NASA for his work in spacecraft system design at the jet propulsion laboratory. In 2008, he was awarded the Breakthrough Award from science magazine Popular Mechanics for his work related to JTEC and was inducted into the State of Alabama Engineering Hall of Fame in 2011.

“Being an independent inventor is tough. You develop a product, patent it, then you’re looking for someone who will see the benefit from this technology. You assume all the investment and all the risk. It can be a challenge… Nobody’s going to step in and dump a lot of money and make it easy. Unless you have a lot of money, you have to pay your dues and make a personal sacrifice.” - Lonnie Johnson Lonnie George Johnson (born October 6, 1949) is an American inventor, aerospace engineer, and entrepreneur, whose work history includes a U.S. Air Force term of service and a twelve-year stint at NASA, including the Jet Propulsion Laboratory. He invented the Super Soaker water gun in 1990, which has been among the world's bestselling toys ever since. Johnson was born in Mobile, Alabama. His father was a World War II veteran and his mother worked as a nurse's aide. He stated that he had "liked t... 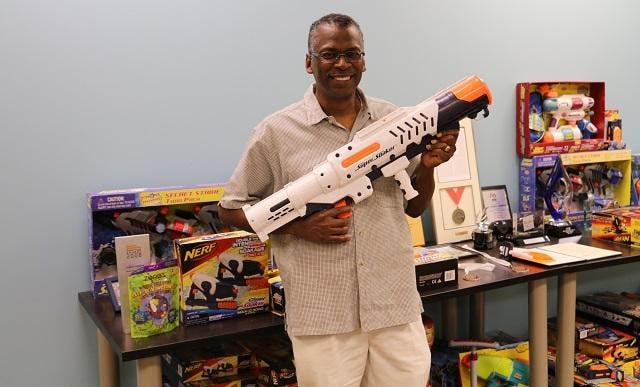 The Inventor Of The Super Soaker Talks About Turning Inventions Into Products...

Lonnie Johnson's Super Soaker water gun, introduced in 1990, has racked up retail sales of more than $1 billion. Using the revenue from his past success, he's developing two devices he believes can revolutionize electrical power generation and... 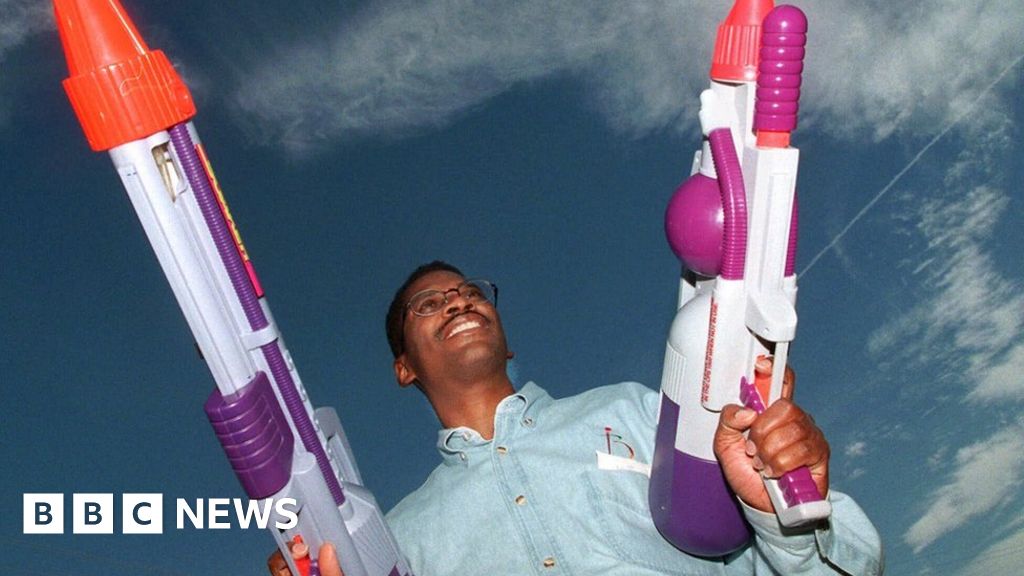 The father of the Super Soaker

The Accidental Invention of the Super Soaker

Lonnie Johnson: My Life as a Curious Inventor

Interview with Lonnie Johnson, one of America’s most prolific and successful inventors. NASA scientist, Super Soaker creator, green tech is now his thing 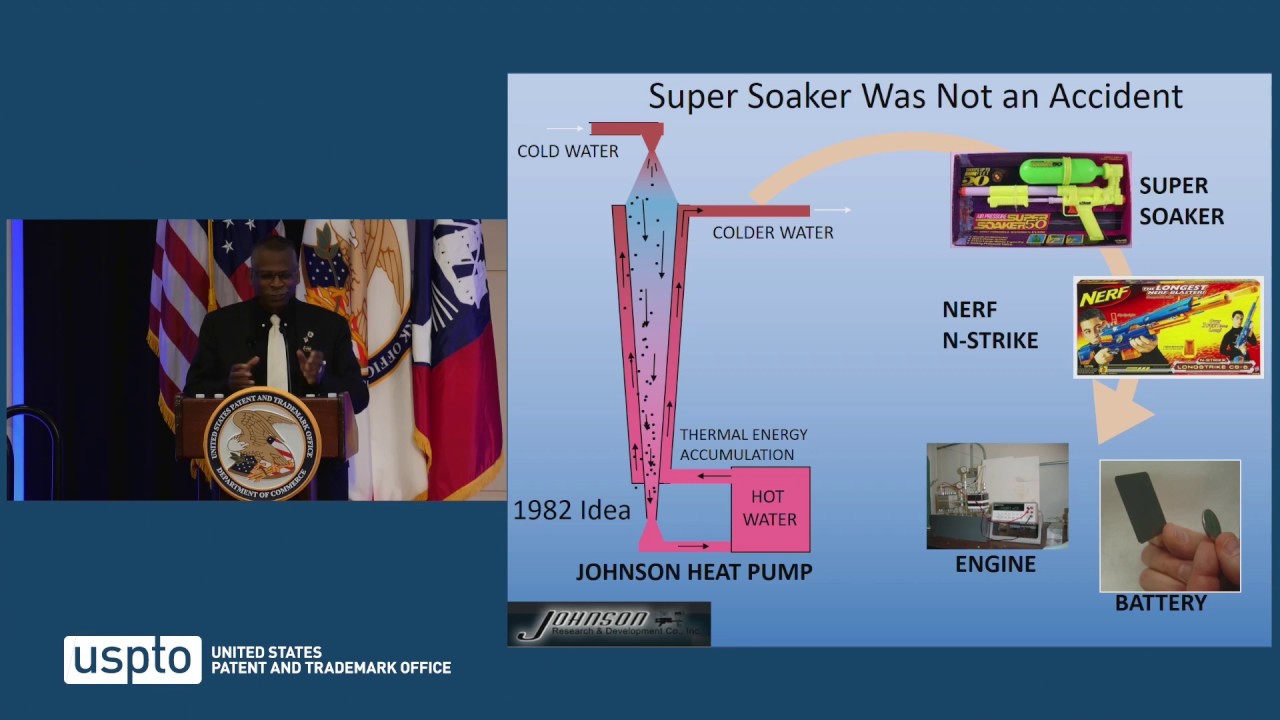 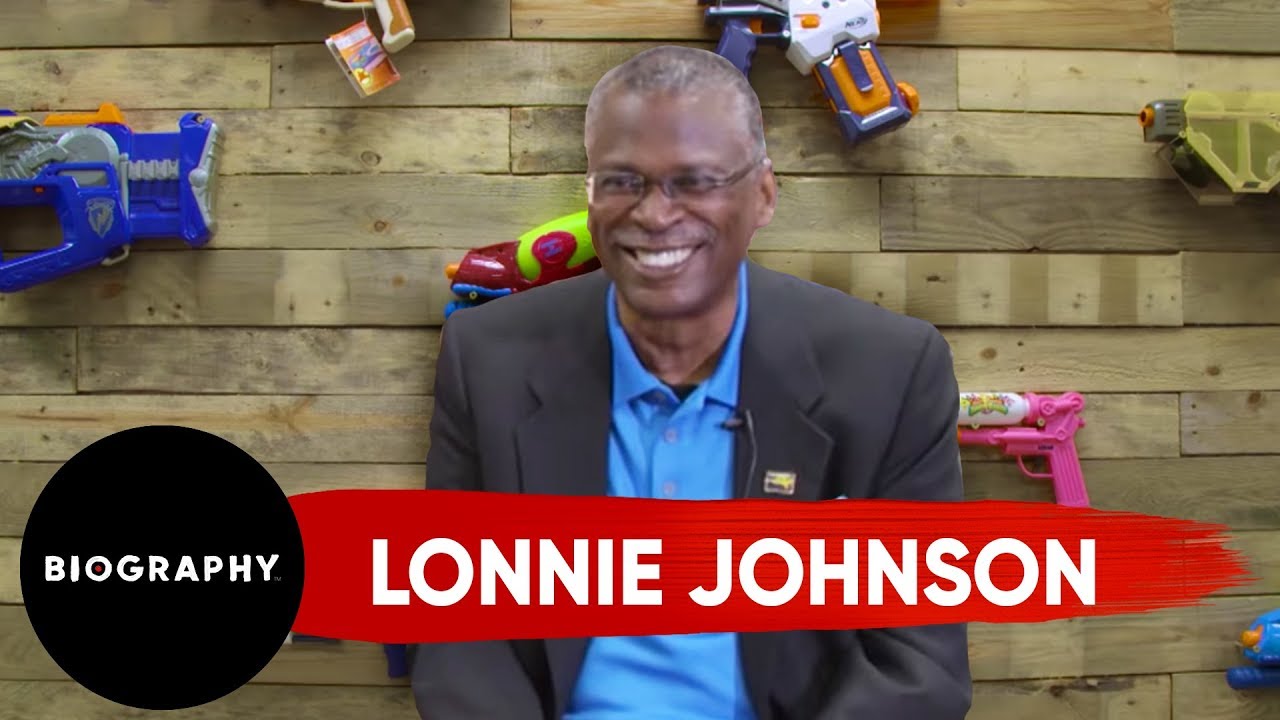 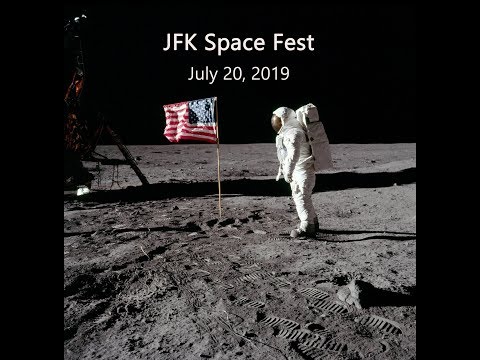 Omg I almost said this but didn’t think it was wizard enough. I was the first kid on my block with a super soaker and dominated. Amazing toy!

⤻ reposted @AzazelNews to "When I was at the Jet Propulsion Laboratory back in the early '80s is when I first got the idea.

.that’s the one I had. Haha takes me back