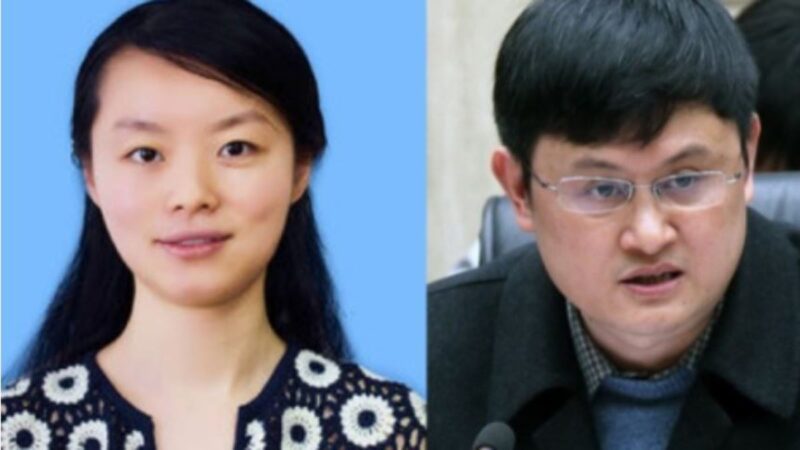 ⤺ reposted by @threeletteragent from Last man on earth scene

On February 16, local time, the WeChat public account “Your House Uncle” posted that a message widely reposted in the circle of friends today is very intriguing. The main body of the message was Wang Yanyi, director of the Wuhan Virus Research Institute, and gave it to all members of the institute. Screenshot of an email posted.

From the screenshot, the email was sent on January 2, 2020 at 10:28 am, entitled “[Important Reminder] Notice on Prohibiting the Disclosure of Information Related to Unexplained Pneumonia in Wuhan”, the main content has three points : 1. Unknown cause of pneumonia has caused social panic; 2. Related research work of the Virus Research Institute is underway; 3. The National Health Commission requires that disclosure of any relevant information to the media, self-media, social media, and cooperating technology companies is strictly prohibited Information on this pneumonia epidemic.

The post said that if the e-mail is true, it means that the National Health and Medical Commission issued internal instructions on the pneumonia epidemic before January 2 and requested that it should not be announced to the outside world to avoid causing panic.

(Network screenshot)
The screenshot of this email believed to have been posted by Wang Yanyi to all members of the Wuhan Virus Research Institute immediately attracted great public attention. Many netizens said that this screenshot was “a lot of information”, and the deep meaning behind it was worth analyzing carefully, and expressed that they were waiting for Wang Yanyi to come forward to explain this news.

Is there another political fight behind the Wuhan epidemic?

It is worth noting that before the Beijing authorities won the first-ranking officials of Hubei and Wuhan and the first- and second-ranking officials of the Hubei Health and Medical Commission, foreign scientists have discovered the new coronavirus in Wuhan and found that the virus It is very likely that it was an artificial virus, and the spearhead of public opinion at home and abroad soon pointed to the P4 level Wuhan Virus Research Institute.

At noon on February 4, Xu Bo, the chairman of TOENET, posted a long post on Weibo, and announced in high profile that he had reported a real virus in the Wuhan Institute of Virology of the Chinese Academy of Sciences for allegedly leaking a virus that caused an outbreak of the new coronavirus in 2019. Rarely, his very sensitive report was not deleted by the Chinese Communist Party’s network administrator for quite some time.

Prior to this, an independent review website posted a post on February 1 stating that the husband of Wang Yanyi, the director of the Wuhan Virus Research Institute, was an important member of Jiang Mianheng, the son of former member of the Chinese Communist Party, Jiang Mianheng, a member of the Chinese Academy of Sciences Shu Hongbing. It is a “vase” character manipulated by his husband.

Data show that Shu Hongbing, born in 1967, was mainly engaged in the research of signal transduction of immune-related cells after working. He was elected as an academician of the Chinese Academy of Sciences in 2011. He is currently a professor, vice president, and dean of the Academy of Medicine of Wuhan University.

Mr. Q bluntly said that Shu Hongbing was an important member of the Shanghai help-labor system’s interest circle. He was inserted into Wuhan University by Jiang Mian Heng’an and indirectly controlled the important site of military-industrial and chemical weapons in the Wuhan Institute of Virology, Chinese Academy of Sciences.

Mr. Q said that Wang Yanyi, director of the Wuhan Virus Research Institute, was only a puppet and a small role at the front desk. Her position was caused by Jiang Mianheng’s manipulation through a number of important puppies of the Chinese Academy of Sciences system. Beside her husband, Jiang Mianheng Ma Tzu Shu Hongbing, and Jiang Zemin The family and the Shanghai Gang are important agents in the Shanghai and military biotechnology system.

This is an email sent by Wang Yanyi, the wuhan virology research institutes director, to all the different department within the organization. It was sent on January 2nd.

Title:
Disclosing information regarding the unknown pneumonia in wuhan is strictly forbidden

Hi all, recently we are seeing great public attention regarding the unknown pneumonia in Wuhan, and some false information being spread earlier has created some panic among the public.

Under the directions of government health department our institute is conducting work on the matter. Now I am relaying some directives that I got on the phone yesterday from national committee of health:

The committee has made it clear that all experiment and test data, result, and conclusions shall not be published on social networks, nor should they be made public to media (including government official media), collaborating institutions (including technical service providers).

Who was that asshole?

Okay, good job for kicking him

Will let You know what discover soon, now must go wish all best all be positive and those guy was i think special to make that many people will leave but Aries and Tuit quick kicked him