⤺ reposted by @Bitcoin_beau from Those who didn't evacuate before Hurricane Laura should put their name in a plastic bag in a pocket, official says

Those who didn't evacuate before Hurricane Laura should put their name in a plastic bag in a pocket, official says
Bitcoin_beau (Bitcoin Beau) August 28, 2020, 9:07pm #2

When will it peak

This is essentially Holy war fuel

continuously telling people that the country is overflowing with evil racists, and that you must join the fight against this enemy.

Instead of considering their drivers employees do they have to adhere to minimum wage laws or providing health insurance. California sues Uber and Lyft for misclassifying workers - what could this mean for drivers during a pandemic and does it change drivers' thoughts? Our 2019 Uber Driver Survey is now complete! What do drivers think about Uber and Lyft? How much are drivers earning? We answer that and more.

I checked it out like two hours ago and it marked cero!
I’m not too sure but I think high Kp could announce big earthquakes

Back to the Russian Submarines 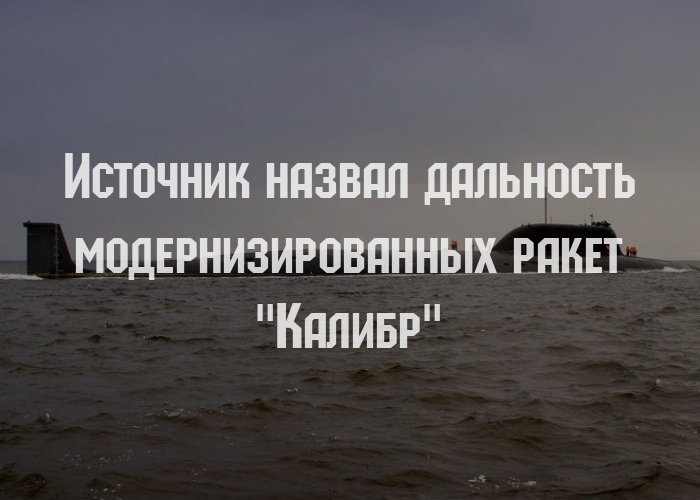 Project 885M Yasen-M multipurpose nuclear submarines Voronezh and Vladivostok, laid down in July at Sevmash, will become the first carriers of the fundamentally new Kalibr-M cruise missiles with a flight range of over 4000 km. This was announced on Friday, August 28, by a source in the military-industrial complex on the sidelines of the Army-2020 exhibition to TASS.

The source noted that the new “Caliber-M” will be able to deliver either a conventional high-explosive fragmentation warhead or a nuclear one.

Project 885M submarines are equipped with the 3S14 universal shipborne firing system (USFS), which allows the entire family of Onyx and Caliber anti-ship missiles to be used. It is assumed that the USFS will also be adapted to launch the promising Zircon hypersonic missiles, the tests of which began this year.

Russian Submarine Sets Off Alarm Bells After Surfacing Near Alaska Amid Rash...

Russia is holding its largest naval drills in the Pacific in recent memory as the U.S. Navy's big RIMPAC wargames are underway.

This is a frankly a show of strength.

Memers are making deepfakes, and things are getting weird
Article,

The sex offender registry deleted the file on Joseph Rosenbaum - but here is the archive of their site:
https://archive.maga.host/magahost/20200827022239/https://www.homefacts.com/offender-detail/WI60063/Joseph-D-Rosenbaum.html

And as I said before

It will be part of a kidnappers and hackers toolkit. This decade

I have come here to chew bubblegum and kick ass… and I’m all out of bubblegum!

A drifter arrives in Los Angeles seeking work, only to discover the city’s population is being dominated by aliens who control their victims through subliminal advertising.

What’s happening in the Arctic

Russian submarine ‘Omsk’ surfaced off the coast of Alaska
Omsk is a Project 949A ‘Antey’ class cruise missile submarine, more commonly known by its NATO reporting name, Oscar-II class. It is primarily armed with 24 P-700 ‘Granite’ (NATO designation SS-N-19 Shipwreck) anti-ship missiles. These have a range of nearly 400 miles and can travel at supersonic speeds. Their 1,653 lb warhead is much larger than on regular anti-ship missiles like the Harpoon and Exocet. It can also carry a 500 kiloton nuclear warhead.
Before surfacing as part of the Ocean Shield-2020 military exercise, Omsk attacked a target in the Bering Sea with Granit anti-ship missile

On the eve of one of the U.S. Navy’s most powerful attack submarines - Seawolf - suddenly surfaced near Tromsø in northern Norway
This is U.S. Navy’s most advanced attack submarine, very expensive (worth $ 3 billion), only three of them in service with the U.S.
USS Seawolf is deployed to the U.S. 6th Fleet which is in charge of American naval operations in Europe and Africa, based at Bangor naval base on the west coast of the United States and normally sails the Pacific.
Submarine is armed with eight torpedo tubes and can hold up to 50 weapons in its torpedo room, including the Tomahawk cruise missile.

Judging by satellite images, a large vessel appeared yesterday off the coast of Norway, closely matching the appearance of a Russian Typhoon Class submarine.

#OSINT #Russia #ВМФ #Navy #Subfriday #Submarine Nasty little surprise appears to be sailing quite unnoticed passed the Norwegian coast and into the North Sea. The AIS track is still heading south towards the English Channel.

Since there is only one Typhoon in Russia’s service - TK-208 Dmitriy Donskoy, - analysts assumed it was him.
Dmitry Donskoy is armed with RSM-56 Bulava missile that replaced the R-39M project, with a range of around 5,000 miles

#OSINT #Russia #ВМФ #Navy #Subfriday #Submarine Russian Pacific fleet exercise in the Bering Sea 27-08-2020, not all participating units are visible in the image.

However, this is only a small fraction of approximately 50 warships and submarines that have been taking part in the live-fire exercises the Bering Sea.

At the same time, the RIMPAC 2020 exercise taking place in the Pacific under the leadership of U.S. Navy
“Originally, RIMPAC 2020 had planned to include up to 30 countries, more than 50 ships and submarines, more than 200 aircraft, and 25,000 personnel," Navy Vice Adm. Scott Conn, head of U.S. 3rd Fleet, said. “We have scaled that down to 10 nations, 22 ships, one submarine, and approximately 5,300 personnel.”

Six US Air Force B-52 Stratofortress bombers flew from US to UK to fly over each of the 30 NATO members on 28 August.
This gesture (mission called “Allied Sky”) should signal the unity of the alliance, the European Command said in statement.
Aircraft of 20 alliance members provided air refueling and other support throughout the day

Vladimir Batyuk, Chief Researcher, Head of the Center for Political-Military Studies at the Institute for US and Canada of Russian Academy of Sciences, partially explained what was happening:
“At present, Russia claims that Northern Sea Route can correspond to the Russian maritime strategy and should be under Russian control.
The Americans totally against it. They believe that this should be an international sea route under international control"
The security interests of the leading powers also collide here: shortest routes of flight of intercontinental ballistic missiles between Russia and US run through the Arctic.

#OSINT #Russia #ВМФ #Navy #Subfriday #Submarine Nasty little surprise appears to be sailing quite unnoticed passed the Norwegian coast and into the North Sea. The AIS track is still heading south towards the English Channel. 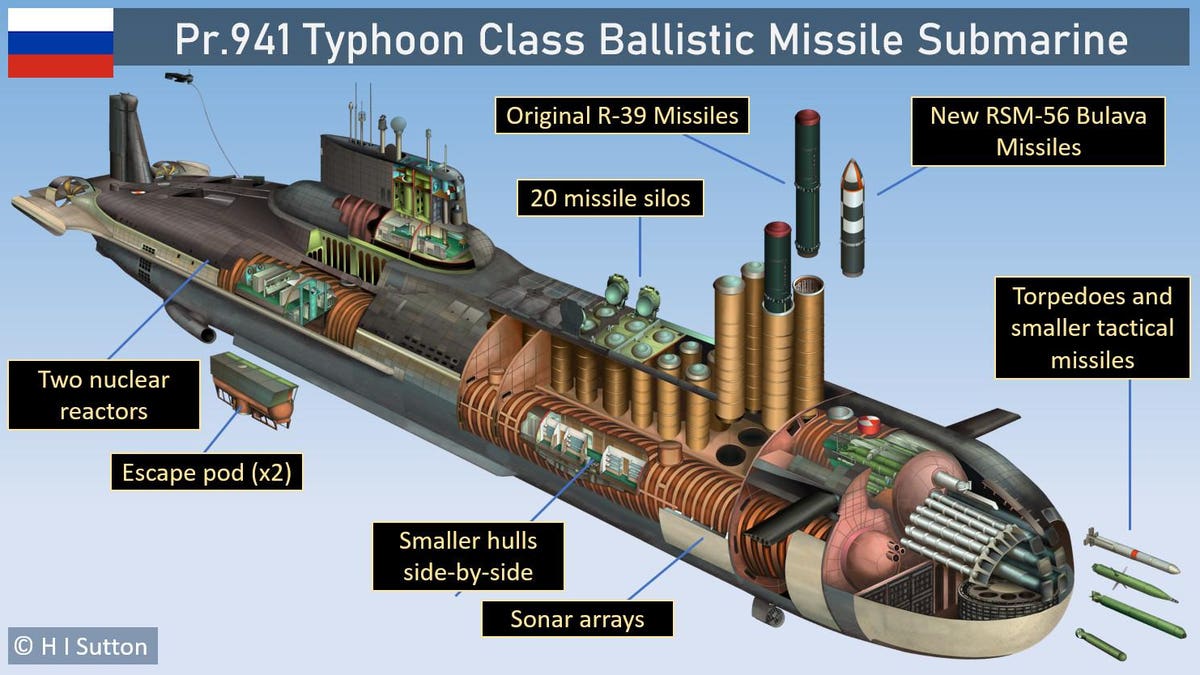 The Russian Navy’s Typhoon Class submarine is the undisputed king of submarine designs. Yet despite its fame, we don't know if it can still unleash nuclear Armageddon.

#OSINT #Russia #ВМФ #Navy #Subfriday #Submarine Russian Pacific fleet exercise in the Bering Sea 27-08-2020, not all participating units are visible in the image.

Russian research vessel Yantar is off the coast of Latvia, heading towards Baltiysk (Kaliningrad).

Yantar is a special reconnaissance ship built for the Russian Navy. The vessel has been operated by the Navy’s Main Directorate for Underwater Research (GUGI) since 2015 and is reportedly a spy ship. Ship’s home port is Severomorsk, where it’s part of the Northern Fleet.

Japanese Air Force intercepted in the Sea of Japan two Il-38 anti-submarine aircraft of Russian Aerospace Forces, which took off from Nikolaevka airbase

— US Air Force reconnaissance aircraft RC-135W Rivet Joint and P-8A Poseidon spotted off the Black Sea coast;
— at the same time, strategic bomber B-52H Stratofortress was operating in the Crimea region
— Refueling was carried out by Turkish KC-135, which circled over its territory
— Surveillance conducted by Bombardier Sentinel R1 RAF

Ministry of Defense of Latvia announced the appearance of two long-range anti-submarine Tu-142 aircraft of the Russian Navy, accompanied by a pair of Su-27 fighters, over the waters of the Baltic Sea, near the Latvian borders

According to Greek media reports, the Turkish air defense systems did not have time to track the passage of 10 F-16 fighters of the Greek Air Force, which at low altitude entered the area of the Eunomia exercises near Cyprus and connected with two Greek F-16s and two Dassault Rafale fighters of the French Air Force.
Turkey nevertheless raised its F-16s to intercept, but it was too late

biggest take away is “At present, Russia claims that Northern Sea Route can correspond to the Russian maritime strategy and should be under Russian control.

Why is this happening

— Putin wants to be first in the world in creating a vaccine - whatever it’s
— Putin is outraged that the West and the United States prohibit him from killing those and where he considers necessary (for this purpose, a special unit of murderers “part 29155” is used for this purpose, whose killers operate in the West under diplomatic cover)
— Putin believes the Arctic is Russia’s property
— Overall: Putin cannot get Western leaders to respect him, so he wants to be feared.
Like any dictator, he considers fear to be the main driving force on the planet. But at the same time, he is very afraid himself! Because the loss of power for him is tantamount to the loss of life

without war, Putin will not stay in power
And maybe Trump’s head will fly too…
At the moment, they both benefit from war
With the difference that Putin has some advantage

NATO and America are outgunned in the Arctic for the time being.

The Army Mountain Warfare School (AMWS) is a United States Army school located at the Camp Ethan Allen Training Site, Jericho, Vermont to train soldiers in mountain warfare, the specialized skills required for operating in mountainous terrain. It is home to the 86th Infantry Brigade Combat Team. The school is located in Vermont's Green Mountains. The school teaches a number of courses to train soldiers of the army (including Active Duty, the Army Reserve, Army National Guard, and ROTC cadets)...

spent many weeks training in Jericho

stay off the roads and let them train.

Let’s talk about Bars in NYC.

Small business are being slaughter

Although I’m no longer in NYC I feel for my friends. Bars are all dead not some all of them
all the bars and clubs

state govt is stronger than ever

eliminate all small businesses, what is left?

scare away all businesses

All intentionally setup to be impossible to comply with. Cannot wear mask while eating
And eating is required.

Lots of others already cleared out, bankrupt
It was an Intentional massacre. Done by the State.

My fav nightclub in NYC recently was shutdown

r/nyc - House of Yes is Closed

Straw that broke the camel’s back

Why even bother going back to the East Coast

Check it all out, what was just posted

Before you watch it, this is old technology developed at John Hopkins Applied Physics Laboratory, just rebranded for the masses.

Practically a hand me down