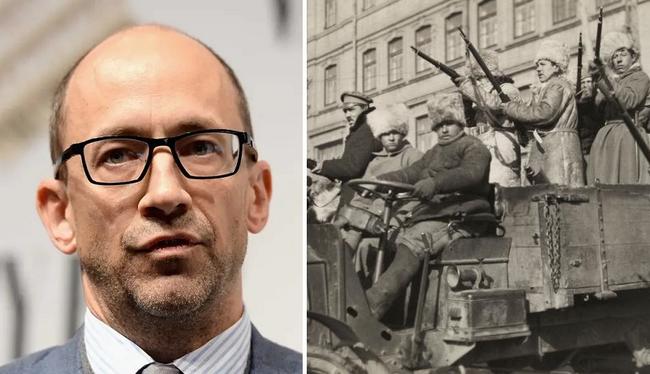 Business Leaders Who Reject Woke Culture To Be 'First People Lined Up Against...

⤺ reposted by @0x1oknbY from Yeah well, this is why Rick Moranis gets sucker punched in the head in NYC and Jerry Seinfeld does not.

Dark times ahead, when reality slowly begins to hit

This tweet about lining up and shooting those who refuse to bend to the will of the woke, was written in response to a crypto company announcing that they won’t be used for the woke cause.

Theil was right
“Crypto is Libertarian, AI is Communist.”

Cannot trust today’s Silicon Valley titans or VCs either, none of them.

Why? Well, these 2 back-to-back tweets show exactly why

= Today’s SV thought leaders are happy to destroy society, small businesses, meritocracy, and anything else -> all to protect against the imminent threat of the killing of the big tech monopolies, which they’re all heavily invested in now

Destruction of the big tech monopolies & legit crypto tech, is the only way out.

Cannot trust today’s Silicon Valley titans or VCs either, none of them.
GracjaPatrycja (Patrycja) October 3, 2020, 2:01pm #4

Oh interesting. Didn’t know he was against Trump. He tends to go conservative so this is very surprising.

⤻ reposted @AzazelNews to Cannot trust today’s Silicon Valley titans or VCs either, none of them.