Send more of these please

⤺ reposted by @Catalogdog from Math and White Men are Racist according to A.P. Calculus

Send more of these please

Things that the general public cannot think of. The E-6B does not always fly as a US Strategic Command aerial commander. However, its predecessor, the Air Force’s EC-135, was on a mission for more than 29 years from February 3, 1961 to July 24, 1990, with at least one aircraft flying at all times. It’s not flying so constantly now, but preparatory exercises are quite common. “The general public does not usually think about the fact that the United States is poised to use more than 1,000 nuclear weapons within minutes of the order,” said Lewis of the Middlebury International Graduate School. “I wouldn’t expect that, because I don’t think it’s sane. So when something happens, I see the normal readiness and in my heart,” Oh, this is a catastrophe. It must be. Otherwise, the entire army cannot be on such a high alert! ”But it’s not because Trump got sick. It’s normal. If you don’t like it Maybe that should be a problem." [Yahoo and Wired in Japan are telling everyone this is "normal.”]

Then, in Part I, the Framework provides a detailed threat overview, cataloging the three categories into which most illicit uses of cryptocurrency typically fall: (1) financial transactions associated with the commission of crimes; (2) money laundering and the shielding of legitimate activity from tax, reporting, or other legal requirements; and (3) crimes, such as theft, directly implicating the cryptocurrency marketplace itself. Part II explores the various legal and regulatory tools at the government’s disposal to confront the threats posed by cryptocurrency’s illicit uses, and highlights the strong and growing partnership between the Department of Justice and the Securities and Exchange Commission, the Commodity Futures Commission, and agencies within the Department of the Treasury, among others, to enforce federal law in the cryptocurrency space. Finally, the Enforcement Framework concludes in Part III with a discussion of the ongoing challenges the government faces in cryptocurrency enforcement—particularly with respect to business models (employed by certain cryptocurrency exchanges, platforms, kiosks, and casinos), and to activity (like “mixing” and “tumbling,” “chain hopping,” and certain instances of jurisdictional arbitrage) that may facilitate criminal activity. The Cryptocurrency Enforcement Framework is the second detailed report issued by the Attorney General’s Cyber-Digital Task Force, which was established in February 2018 to answer two basic questions: How is the Department of Justice responding to global cyber threats? And how can federal law enforcement accomplish its mission in this area more effectively? An earlier Task Force report, published in July 2018, canvassed a wide spectrum of cyber threats, ranging from transnational criminal enterprises’ sophisticated cyber-enabled schemes, to malign foreign influence operations, to efforts to compromise our nation’s critical infrastructure, and articulated the Department’s priorities in detecting, deterring, and disrupting cyber threats. Additional Cyber-Digital Task Force members include Andrew E. Lelling, United States Attorney for the District of Massachusetts, and two senior FBI executives. Components from across the Department contributed to the Cryptocurrency Enforcement Framework’s drafting. [Bitcoin is valuable because it is unstoppable. Another benefit with cryptocurrencies is that nobody’s allowed to control the supply, so you escape the inflation heavy fiat money we use today. Any forms of crypto used off world? Already happening. From the floor to the moon to Mars to beyond. Framework is being laid out. Bitcoin: A Peer-to-Peer Electronic Cash System or is it Bitcoin: A Planetary-to-Planetary Electronic Cash System. What they hope for: Quantum entanglement will allow blockchains all over the galaxy to be in perfect synchronicity. Eventually, schrodinger miners kept at -273 Kelvin will allow all blockchains to remain in every conceivable state simultaneously until someone checks their wallet balance thus triggering a Bose-Einstein condensation into a single blockchain. Ultimately, of course, 4th dimensional probability nodes stored on linked photon agglomerates traveling at light speed will allow transactions to be logged before they even take place. I ask…because someone told me Cardano is a precursor to off world crypto. Interesting. Constantly dollar cost averaging into BTC. “We don’t take Gold Bars to Mars” or to “the floor” (Underwater Bases) always remember this. So…we would need quantum capable phones and computers. No that’s nonsense. Cardano does not achieve unstoppability. How far out are quantum enabled devices? None of them do. For public I mean. 2035. I mean iPads were around in the 1970s. And you just got them in what? 2009? Also depends on the technology transfers and who’s deemed worthy of holding them. This is what I meant. I know this technology is already out there. I see. But this is assuming the 2 world system stays in place. If Open Eyes happens all bets are off. We enter Brave New World territory.

But look at the past six months. Keep track on how much disclosure is happening, from batteries to small reactors to new planes. To calls for mini nuclear reactors on the moon. That have already been around since the 50s. I mean of course this is bullshit. “NASA to seek proposals for lunar nuclear power system. NASA and the Department of Energy will seek proposals for industry later this year for the development of a lunar nuclear power system.” But for appearance they have to pretend they are giving the little guy (the public) a chance for input. Versions still around today. Exactly. So why the fuck would you take a rushed vaccination made by a lobbyist who never went to medical school and aligns with Reds. Don’t be super angry with him. I mean he’s the reason you have iPhones. That credit I do give him. He and his mother are responsible for that. You think they used CRT monitors on Solar Warden ships? As they navigate the solar system? No. Unfeasible as fuck. Why do you think he invested in Apple? Besides saving his ass from Congress and anti-trust laws. But it was all done deliberately and Jobs played puppet from iPods to iPhones in a period of less than 10 years. He got tech transfers from Black World and handed them to Jobs. Now society is all fucked up. Because you’ve all been reprogrammed to do it for the gram and right swipe to find your next partners. Instead of doing hard core research with iPhones and working on self improvement and learning skills. That’s the truth. You think Bill Gates only ripped off Douglas Engelbart at Xerox and SRI? No. He’s a habitual when it comes to stealing government technology. And that’s why he will never ever qualify as a Wizard. Not on my watch or current Majestic 12’s watch. Robber Baron is more suitable. Pirates of Silicon Valley indeed. Only one that gets a pass and is a true Wizard is Woz. “Facebook is a social network monopoly that buys, copies or kills competitors, antitrust committee finds.” Of all the things you’ve ever posted, this one exploded my brain. Lol. Basically, thought currency? Consider what StarLink truly is and why the Red Shield. Central Banks are all scared of it. Consider what it means to have humanity no longer divided or conquered but under one currency. Consider what must be done to elevate humanity to a Type 1 civilization. The banks have no choice, it’s happening whether or not they like it! Consider that you are witnessing the act of god right before your eyes. You never change things overnight. One never changes things overnight, you change the establishment by making them less relevant day by day. Till one day they no longer matter.]

Stay Ahead / Keep Them Ahead of the Curve

Social unrest was, is and will be the biggest threat. Apple orders Telegram to block some Belarus protest channels or else Apple will kick Telegram off of iPhones. epluribusawesome: “Looks like Nightwatch E-4B is airborne again.” Look Up: “E-4B Nightwatch GORDO 01 heading West over Wyoming.” “Gravity" continuous shot. Opening Scene. Space debris hits Explorer. Last night DTLA experienced a spasm of violence that resulted in tens of thousands of dollars in property loss. The J…

Affection Standing by for traffic @ 1000 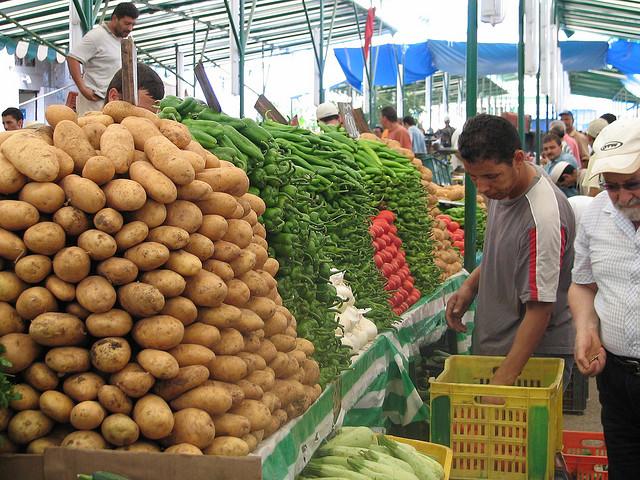 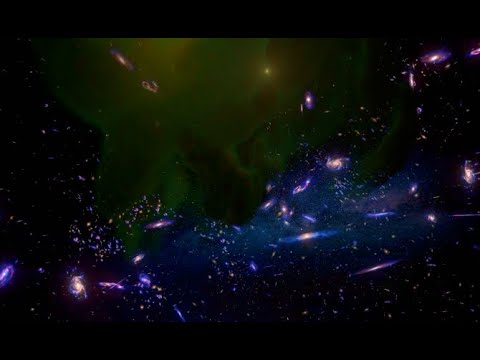 Affection Standing by for traffic @ 1000

Are military personnel allowed to share the current defcon level? I know it’s not publicly available

Gonna say no but not sure 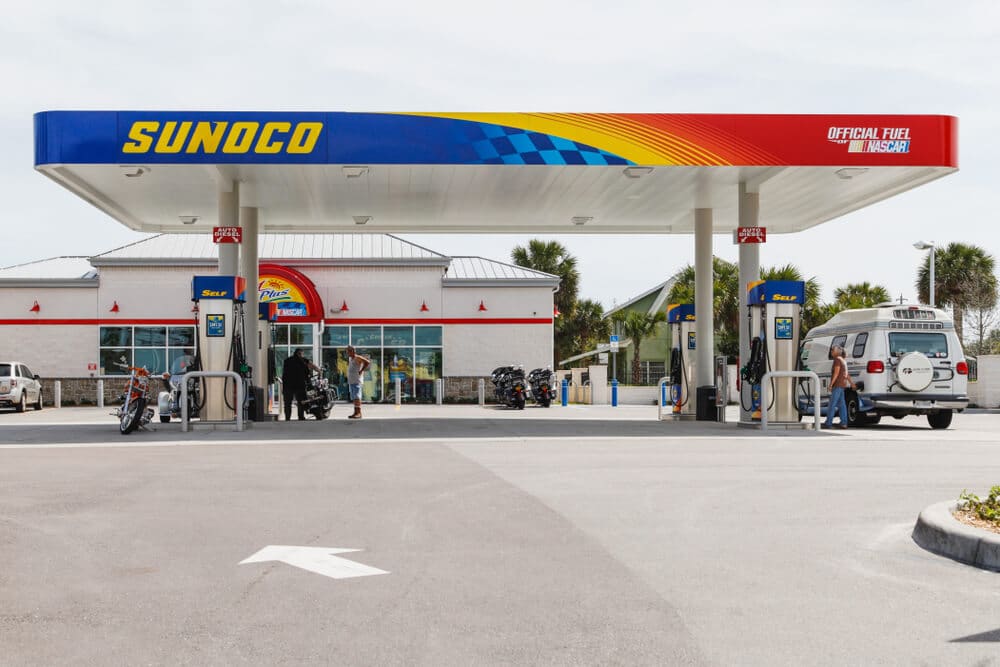 Gas Stations With Kerosene Nearby: 4 Options Listed (With Prices)

Looking for gas stations that sell kerosene? We have the list. Find the details, including the average price per gallon, inside. 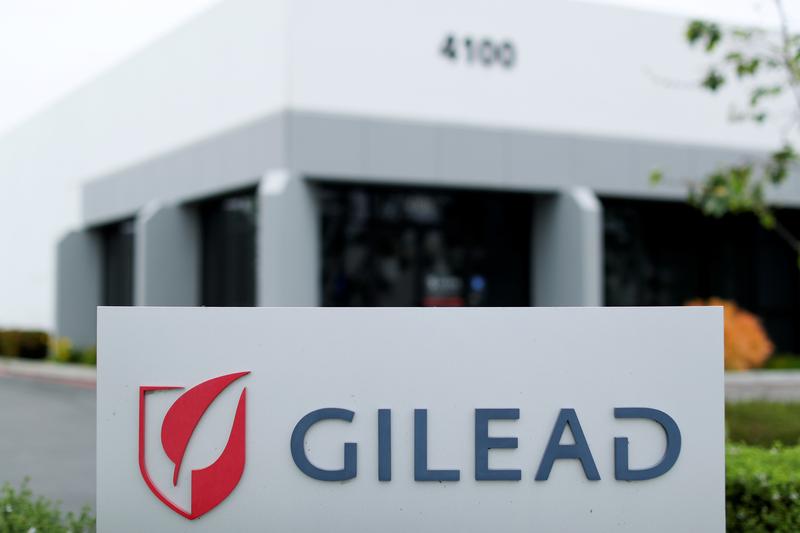 Final data from Gilead Sciences Inc's antiviral drug remdesivir showed the treatment cut COVID-19 recovery time by five days compared with patients who got a placebo, one day faster than indicated in preliminary data, the company and researchers... 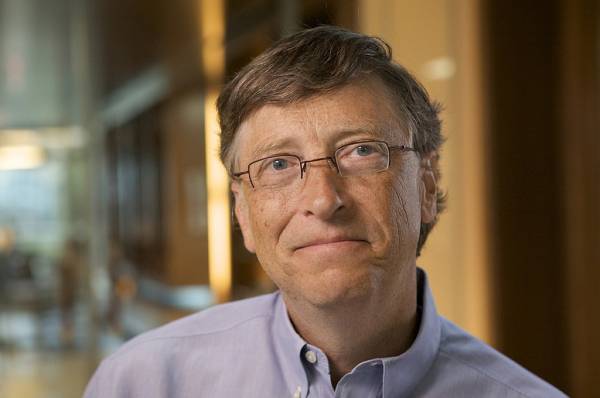 Bill Gates says this groundbreaking coronavirus cure is the next best thing to...

Bill Gates believes that antibody drugs could significantly reduce the coronavirus death rate over the next few months. While hospitalized at Walter Reed hospital, President Trump received an antib… 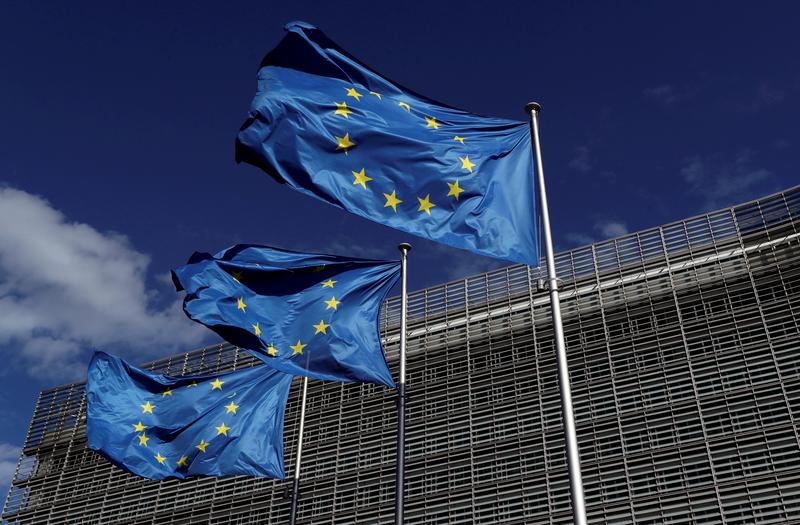 Europe stocks up on Gilead's remdesivir as COVID-19 infections spike

Gilead Sciences said on Thursday it had agreed to sell Europe up to 500,000 courses of its antiviral drug remdesivir, as the continent shores up supplies of one of only two drugs approved to treat COVID-19 patients ahead of the winter. 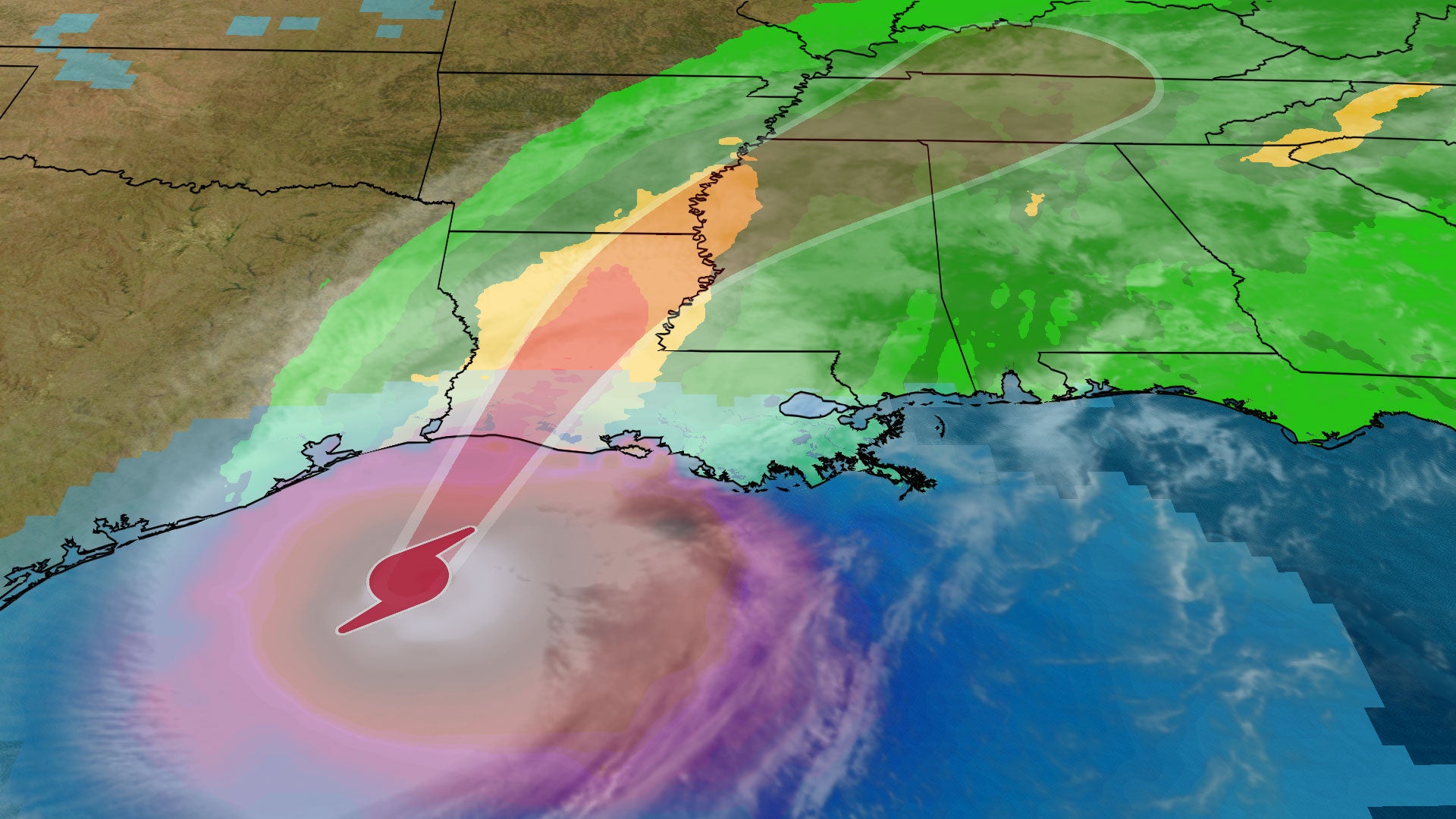 Delta is headed for a destructive strike on the northern Gulf Coast. Here's the latest complete briefing. 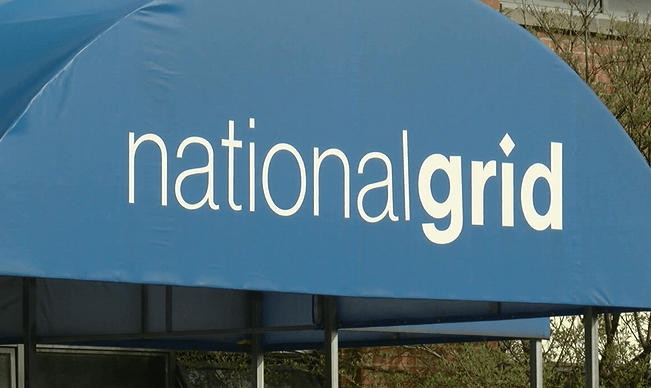 The local increased desire to preserve food started with the 2019 snowstorm and was compounded by the pandemic.

If you planted sugar pie pumpkins this would be a none issue.

Interesting timing of Trump with Coronavirus, planes and China announcing previously their plans for mobilization the day after Chinese National Day. Perhaps military was preparing bringing military underground in prep for anything with China. Perhaps it was already discussed. Just connecting some dots here. Also would make sense with the talk of videos looking like green screen behind officials at White House.