I was just about to post this as well! I couldn’t remember if it had been shared here. Let’s see what bones the media tries to dig up to have enough dirt to bury this bombshell in

To the Lake | Netflix Official Site

Very creepy Disclosure series that shows what the Russian response to a pandemic looks like. Is this a synapsis of Covid-19 handling protocol, or a glimpse at Coronavirus-20??

I will be tuning in tonight to watch this.

Next -
The series centers on the efforts of a homeland cybersecurity team to counter “a rogue AI with the ability to constantly improve itself”. 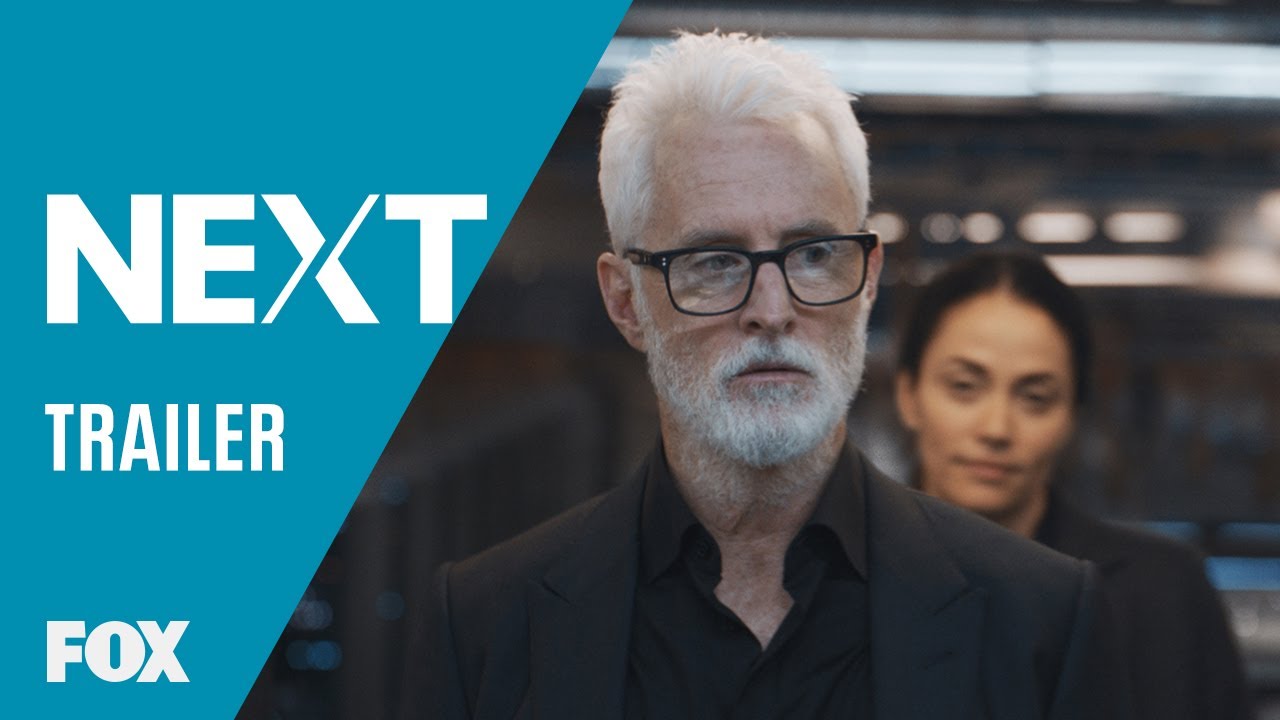 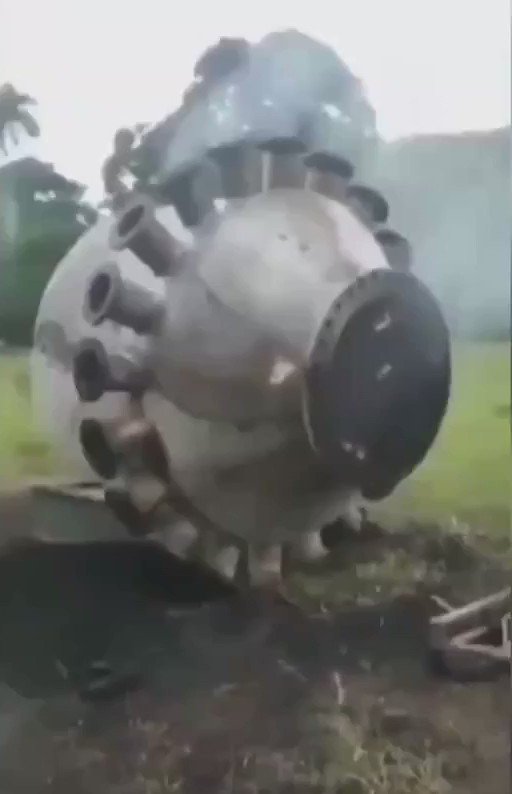 A Force From “Nothing” Used to Control and Manipulate Objects – SciTechDaily A Force From “Nothing” Used to Control and Manipulate Objects

A collaboration between researchers from The University of Western Australia and The University of California Merced has provided a new way to measure tiny forces and use them to control objects. The research, published recently in Nature Physics,... 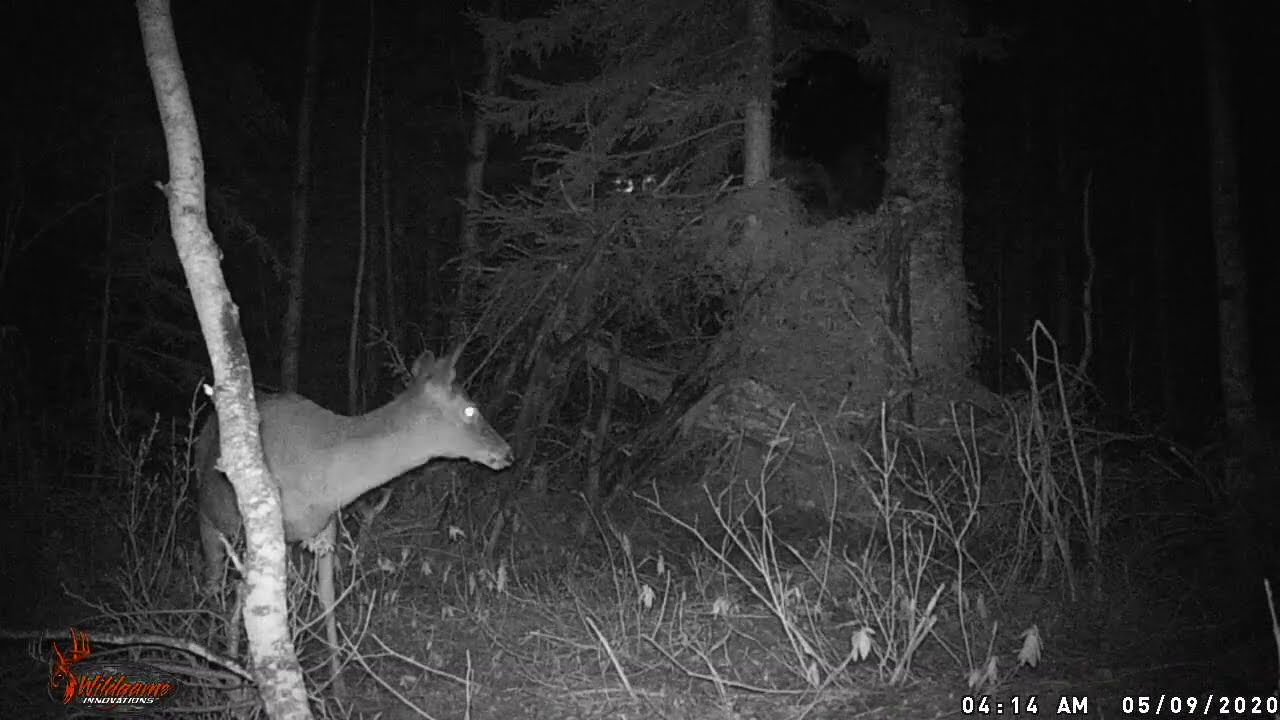 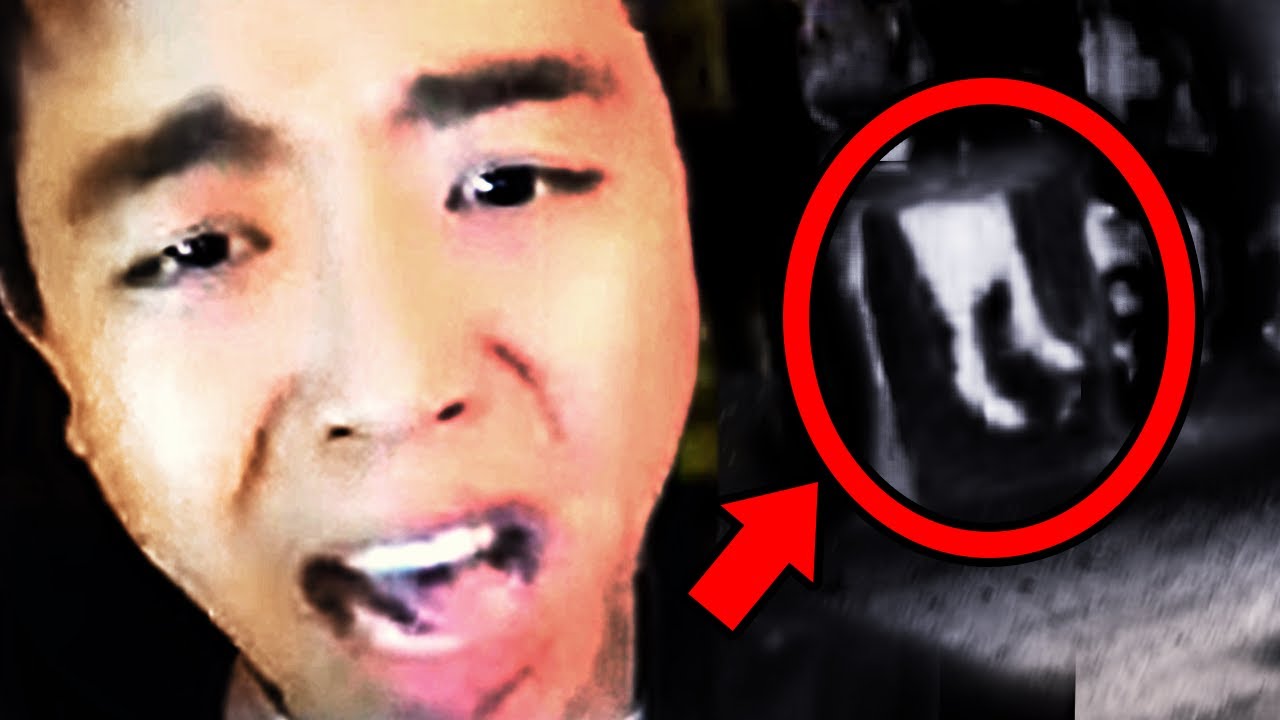 Is a cure for COVID-19 already sold at a pharmacy near you? Some experts believe so - World News -
Haaretz.com

Is a cure for COVID-19 already sold at a pharmacy near you? Some experts...

@miette057 lol like we didn’t try to tell em

Oh darn. This is very likely going to happen. No wonder they didn’t want Greenland. Prolly higher chances than the 20% odds they admit to but they don’t want to alarm the public. 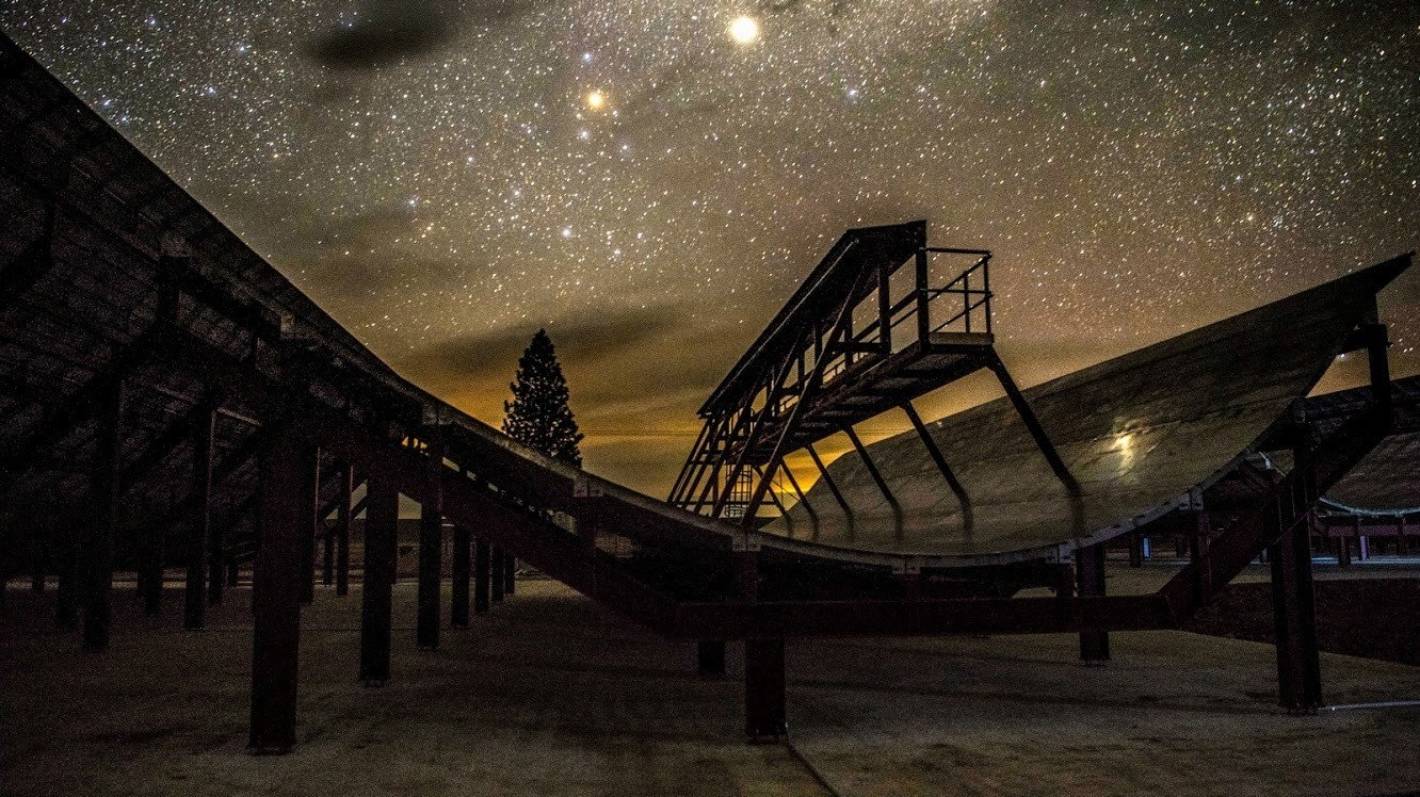 Everybody in space industry will be concerned by the risk of a major collision on Friday, says Rocket Lab. 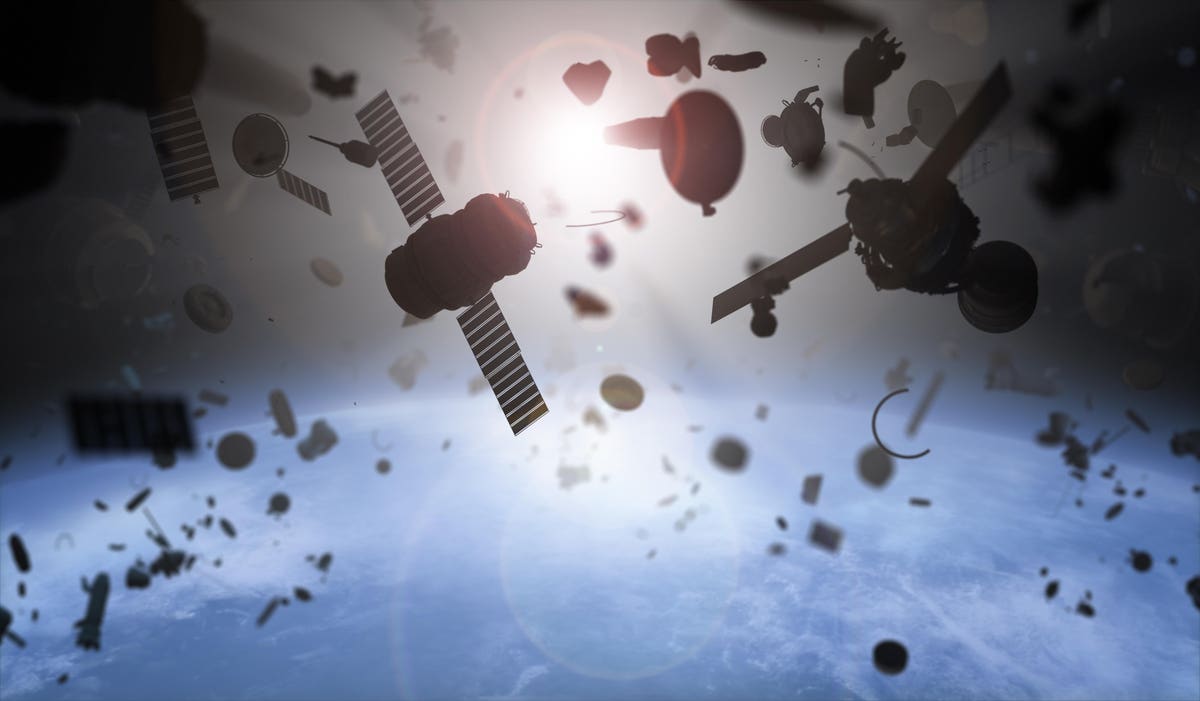 A defunct Russian satellite and a spent Chinese rocket just floating around high over Earth could smash into each other within a few days, potentially creating a big mess in orbit that could have dire consequences. 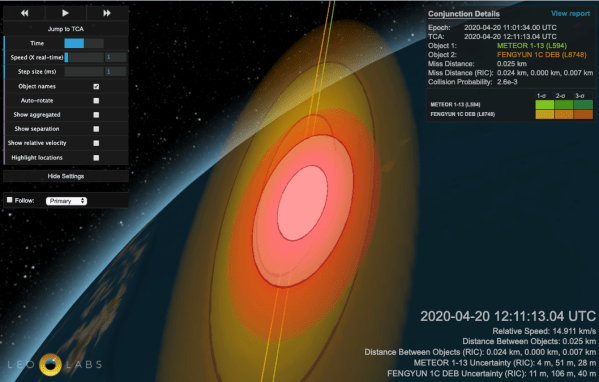 LeoLabs has been building out its global network of space-scanning radars for the last couple years, leading up to today’s launch of its Collision Avoidance system, essentially satellite-monitoring-as-a-service. It should prove an indispensable asset... 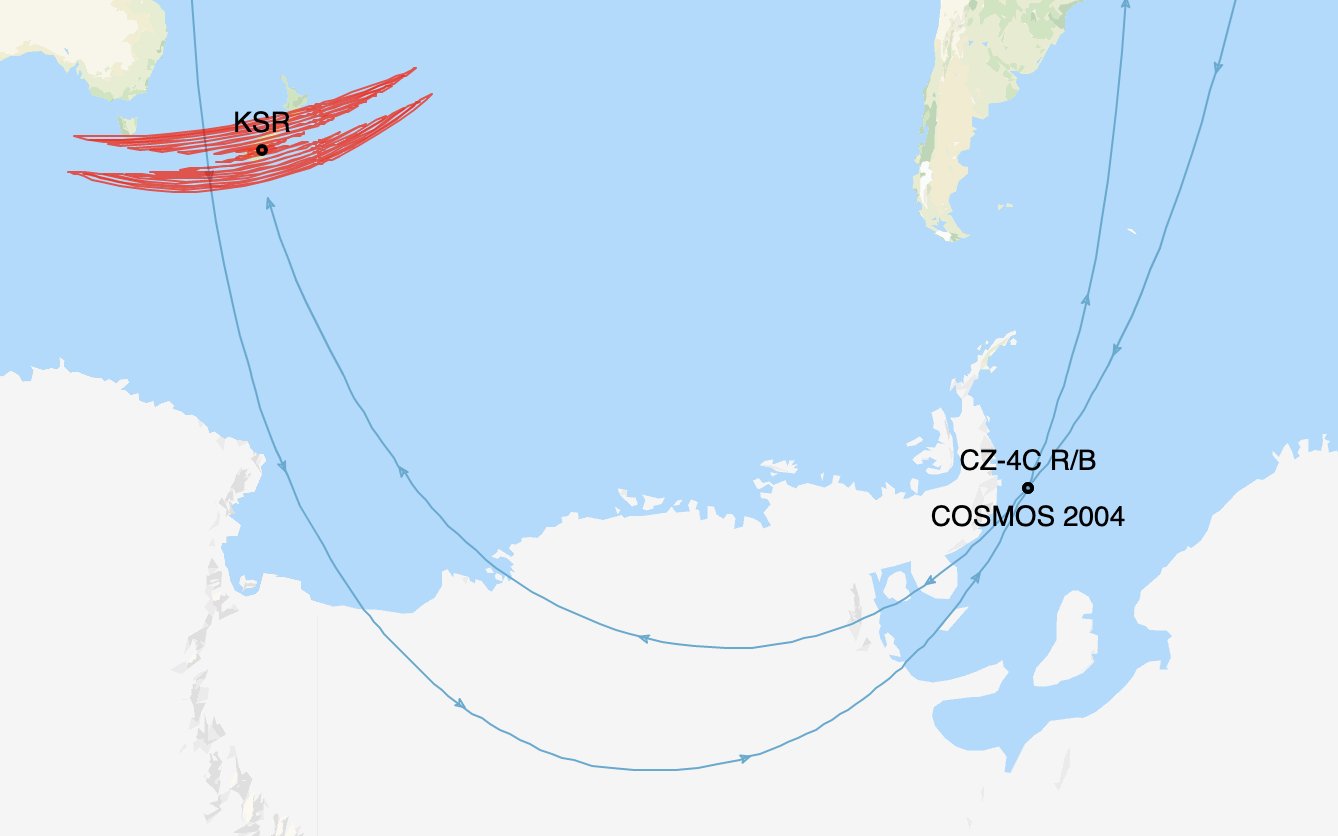 On February 10, 2009, two communications satellites—the active commercial Iridium 33 and the derelict Russian military Kosmos-2251—accidentally collided at a speed of 11,700 m/s (26,000 mph; 42,000 km/h) and an altitude of 789 kilometres (490 mi) above the Taymyr Peninsula in Siberia. It was the first time a hypervelocity collision occurred between two satellites – until then, all accidental hypervelocity collisions had involved a satellite and a piece of space debris. Kosmos-2251 was a 950-k...

Might mess up working satellites. “Some debris objects would get a net positive delta-velocity which will send them to higher apogee.” - Jonathan McDowell, Astronomer

Time: 6-7 pm Pacific Time Thursday Evening. Tomorrow night. I wish I had a bunker. This could be nothing if it misses, of course. They are saying 20% chance of hit but it is likely way more because they don’t want to alarm the public. I will be very glad when it is Saturday if nothing happens. If you do have a bunker, it might be fun to take a vacation there Thursday evening

Worst case: fragments knock out out satellite systems and cause a Domino effect, fragments are large enough not to burn up on entry, causing a high energy impact event.

2x as much mass as satellite collision in 2009 and Idk the energy differential.

“Yesterday, we were out here checking cattle and found the two calves here. Both of them had their tongues cut out, genitals removed, anus cut out" said the rancher, Mr. Zimmerman. The culprit? Skilled laser surgeons working rapidly for giggles. https://t.co/QfGu3RS83g
0x1oknbY (Shera Starr) October 24, 2020, 1:15am #11 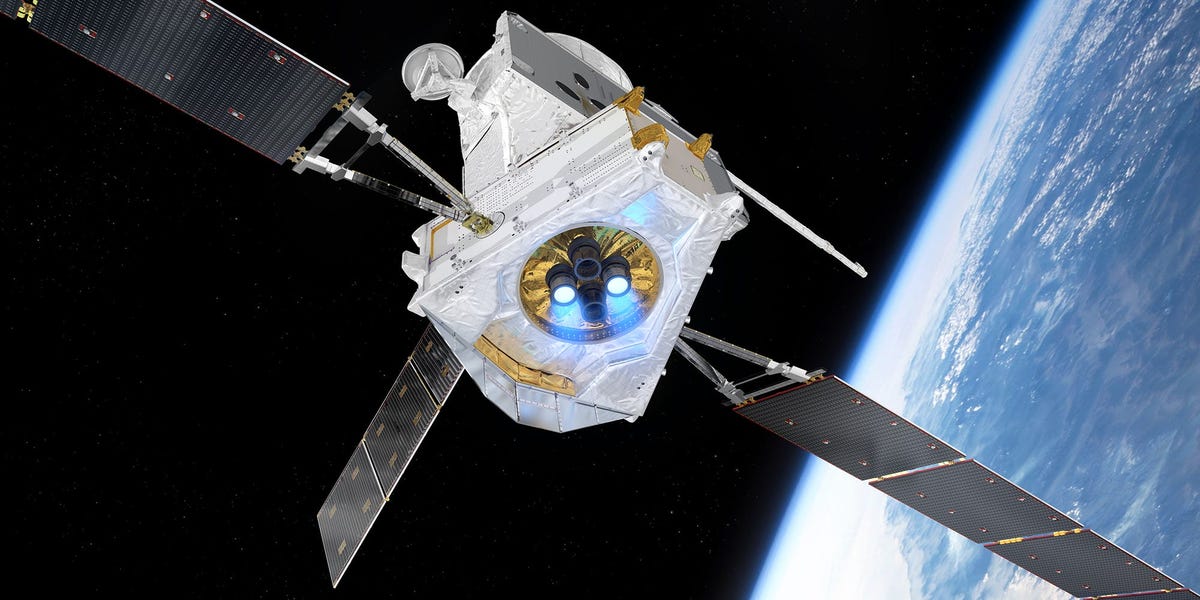 A spacecraft flying by Venus on Wednesday night could confirm recently found...

The BepiColumbo spaceship is scheduled to fly by Venus twice on its way to Mercury, first this week, and then next August. 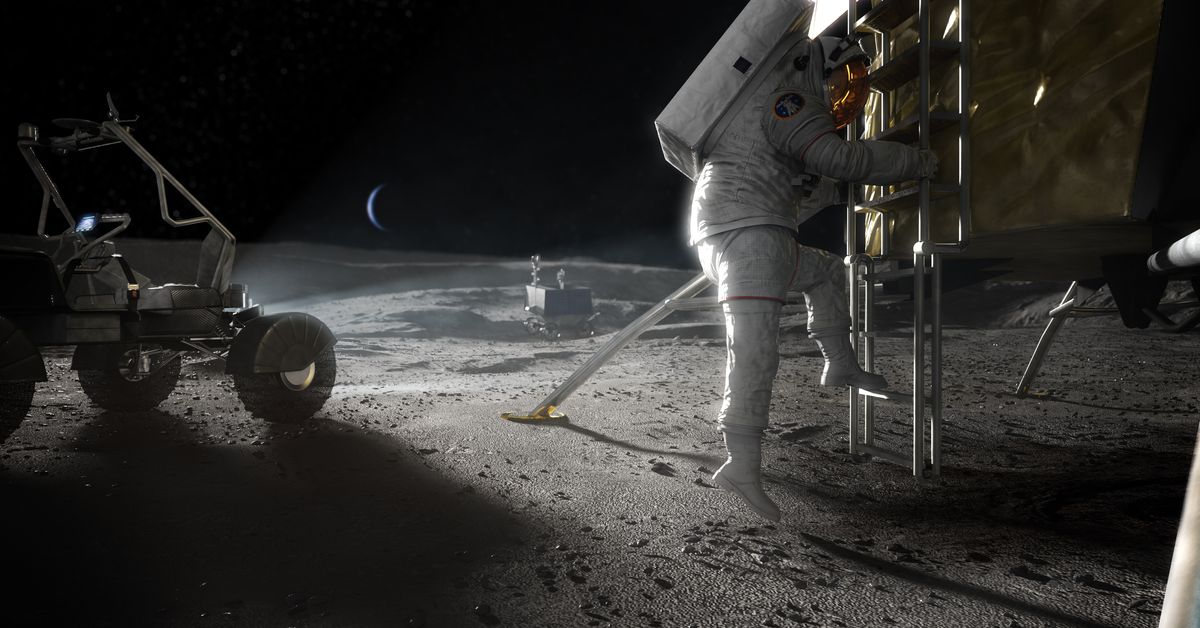 US and seven other countries sign NASA’s Artemis Accords to set rules for...

And more countries could be signing soon. When Comets Break Up, the Fragments Can Be Devastating If They Hit the Earth...

It's not only asteroids that pose a threat to Earth, comet fragmentation does, too. And it may have already caused civilizations to collapse.

An 18-ton Chinese rocket plummeted toward Earth and landed in the Atlantic Ocean on May 11. The incident shows how space debris threatens the planet, satellites and spacecraft.

Astronomer Jonathan McDowell replied to a direct question from me and said no danger to the earth, just to satellite systems- Good…!!

Do We Live in a Simulation? Chances Are about 50–50 - Scientific American 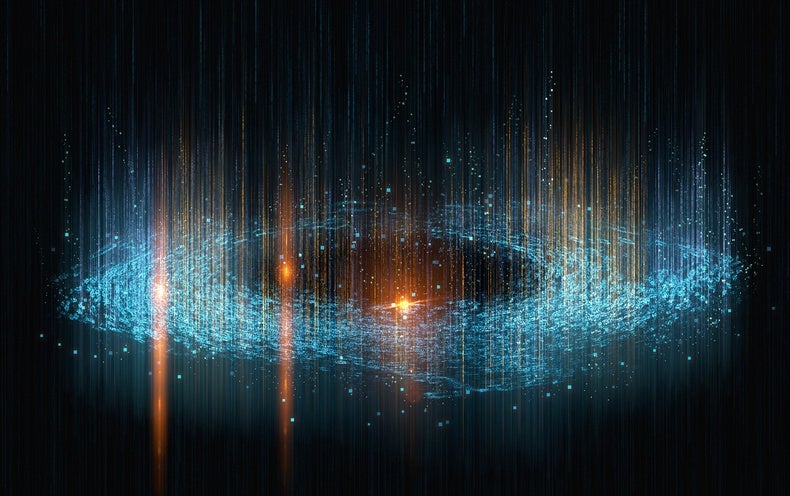 Do We Live in a Simulation? Chances Are about 50–50

Symbolism being a thing....chopping off the top (pyramid) isn't unintentional. 5:5 - This is happening. h/t @Beer_Parade https://t.co/7cVzytKjQ3

Just left the White House, on my way to the Great State of Iowa! pic.twitter.com/fSphwlO7QI

Let’s think, what other ancient structures/temples received UNESCO protection and were used as fortresses and cover in conflicts we have been involved in during the last few decades? The Ziggurats in Iraq and Iran immediately spring to mind (RIP Ziggurats).

What ancient technology was sought after in Iraq and the reason for the looting of the Baghdad Museum and the military seizure of the Ziggurats?

What ancient structures/religious temples exist in Ethiopia near Addis Ababa?

The 11 Underground Churches of Lalibela, built in the 13th century. For 800 years they have stood and protected inhabitants and sacred objects from Crusade, Jihad, World Wars, plagues, natural disasters, etc. The the walls of the churches are carved straight down 40 to 50 m deep in such a way that allows both sunlight and air to filter through. Water is accessible through wells. The churches are interconnected by a series of tunnels.

What legendary piece of ancient technology and source of ultimate power is believed to be hidden in another church a few hundred miles to the north of Lalibela?

Please send to All West Coast Friends and Family 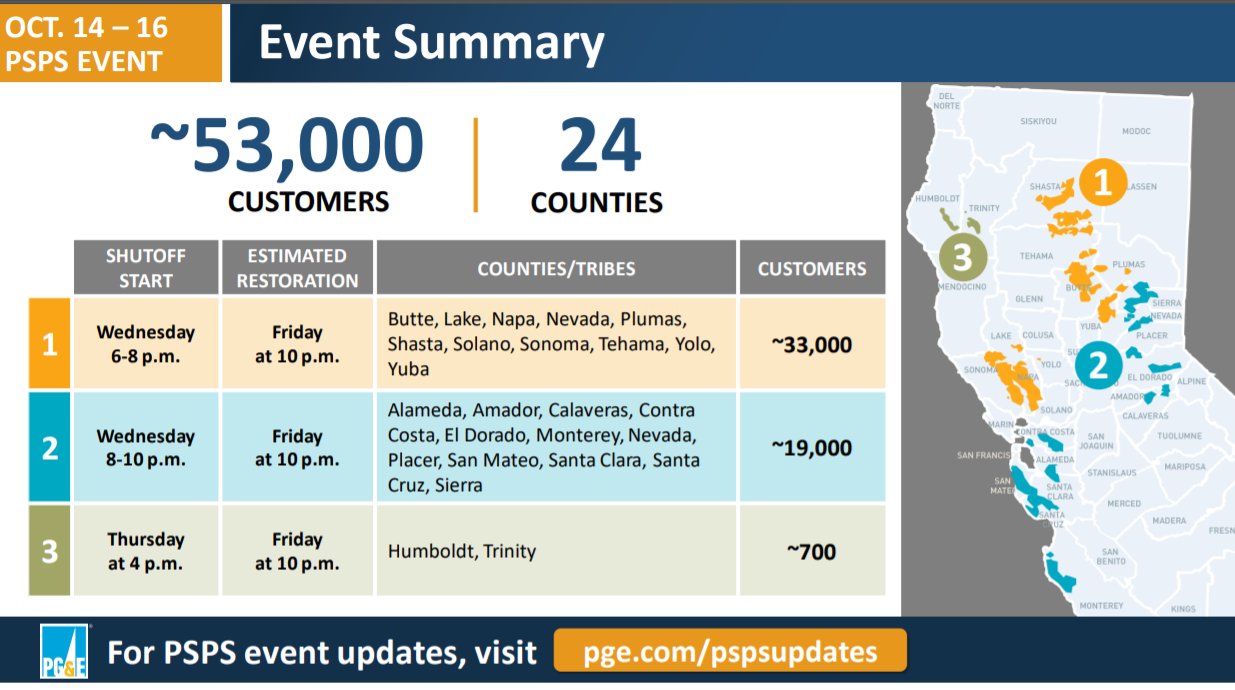 Due to Severe Weather and Wind, PG&E Will Turn Off Power for Safety to Approximately 53,000 Customers in Targeted Parts of 24 Counties - Strong Winds Expected to Begin This Evening and Last Through Friday Morning in Most Locations https://t.co/lnnSkRfHNT

Jesus wept, can this country do anything right? National Grid warns of short supply of electricity over next few days | National Grid | The Guardian https://t.co/LT0iy9dABb

A pair of studies outlines how scientists can forecast solar weather, which may soon help protect Earth’s electrical grid from possible threats. https://t.co/lWHZzOat64 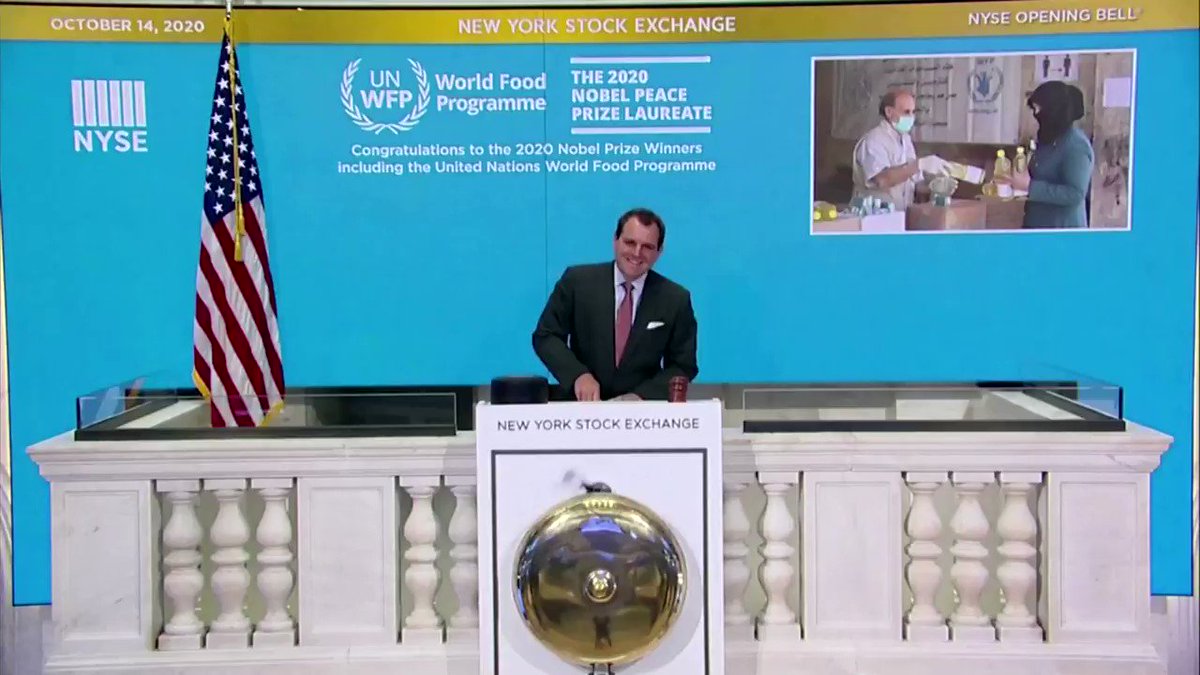 Wall Street closed lower as investors lost hope that a U.S. fiscal stimulus would be approved in the coming weeks, after Treasury Secretary Steven Mnuchin sounded downbeat about the prospects for a quick deal https://t.co/2KtMkNIFnx https://t.co/P6IpPmACXC

As Of Right Now We Have A Mystery ‘Mini-Moon’ Orbiting Earth. Is It An Asteroid Or ‘Space Junk?’ https://t.co/TGotOKblyD 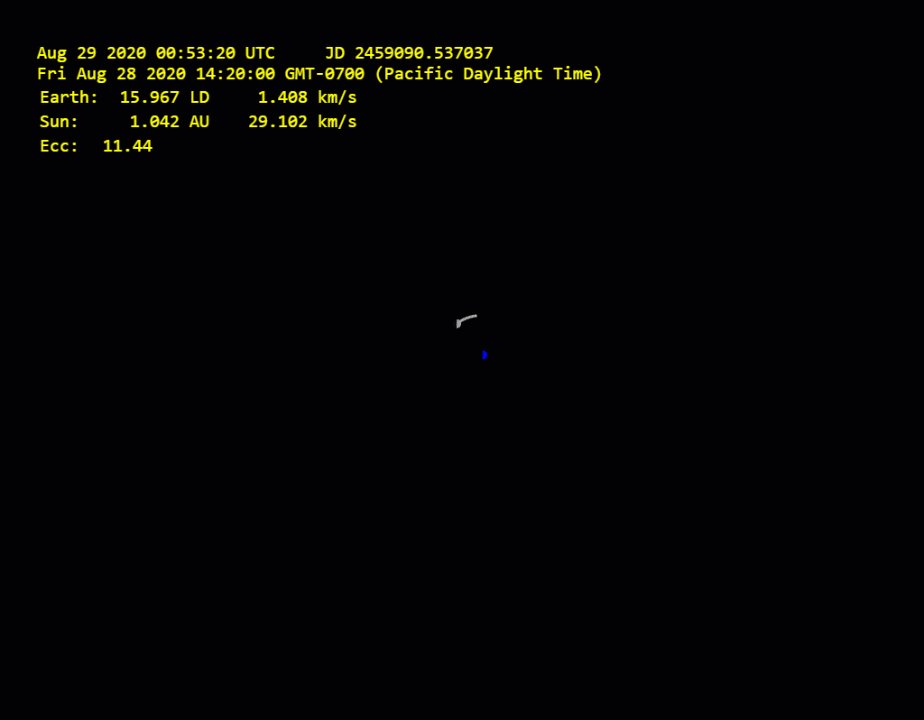 In 2 days from now, 2020 SO will enter Earth's orbit. Non-gravitational acceleration suggests it is manmade, likely the Surveyor 2 Centaur rocket booster launched in 1966. It will likely continue to orbit Earth until spring, 2021. https://t.co/wNsO6mpTZb https://t.co/WXoQxaAdQe https://t.co/XjBh1CRj54 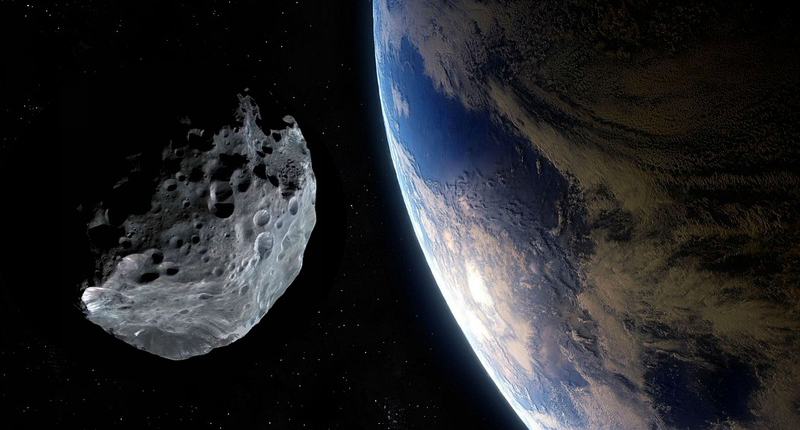 Seven huge asteroids will fly near Earth this week https://t.co/00LFHfn6O7

about this article (azazil news)

The civilian survival manual in the first wave of war

Man I can’t stand reading all the left troll comments on his posts. Just unbelievable and angering!

Seriously. I wonder if any of them realize that they all vacillate between the same 4 or 5 small-minded statements based upon unfounded accusations and regurgitated media spin?