@RavenTracks @americanism36 @WerdnaSteel @huskybags @GeraldCraig2 @ArmyWife4Now @BartMcCoy5 @JoyaMia00 @MissILmom Cheyenne Mountain, Raven Rock not only came out of standby status but locked the workers inside, and Mount Weather. They are the core trio of known U.S. continuity of government sites. They've been on bare minimum just upkeep since I think 2006 but now are active and locked in

⤺ reposted by @mseanjonesm from Turning the Titan Missile Key

ALSO there’s a video on this article that’s

Powerful. On Cheyenne. The ‘Fortress Of America’, speaks about connection to all satellites and ground sensors on the Planet like nervous system come to meet in the brain that is Cheyenne. Plus, 50 years outlook on command for natl defense. Imagine 50 years planning…

Also Cheyenne can survive EMP. Probably the most important factor

If called out, he’ll bullshit that what he really cares about is immigrants

But top 2 replies are exactly right
That actual immigrants think that the D-style immigration is widely abused by the worst slave farms for the lowest quality workers, and not actually good for the top workers at all

Paul Graham: Let the Other 95% of Great Programmers In - Slashdot

An anonymous reader writes: Y Combinator's Paul Graham has posted an essay arguing in favor of relaxed immigration rules. His argument is straight-forward: with only 5% of the world's population, the U.S. can only expect about 5% of great programmers...

everyone was pissed as fuck about that essay he posted

calling bullshit on all of it

North Dakota farmers harvest 1,000 acres of neighboring crops after a man suffered a heart attack. Both in agriculture and in friendship, you reap what you sow.

A farming community in North Dakota has come together to support a neighbor who recently suffered a heart attack while harvesting the man and raising funds for his recovery path.

Lane Unhjem had been working on his farm near Crosby for two weeks when his combine caught fire and he had cardiac arrest while battling the flames, KFYR reported. The 57-year-old man has already been transferred from a hospital in Crosby to Minot and Minneapolis, where he remains in the ICU, friend Don Anderson told FOX Business on Monday. 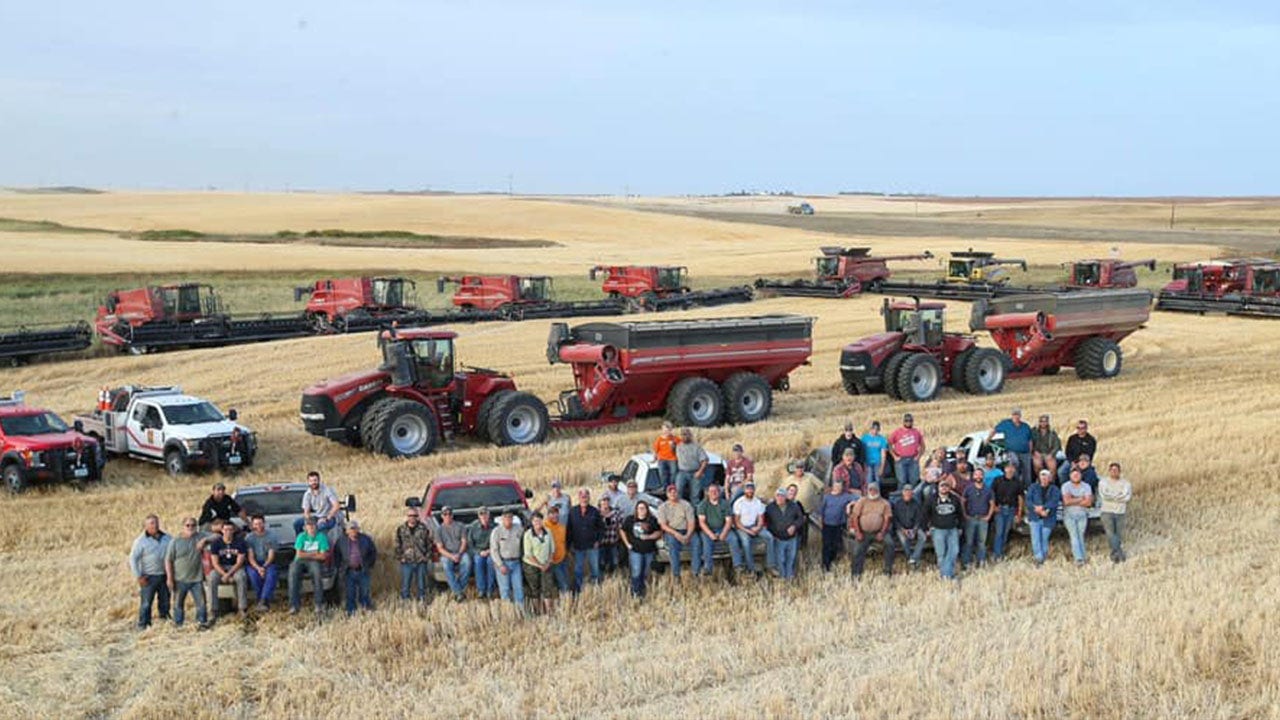 In both farming and friendship, you reap what you sow.

Its going to be a "food shortage". Stock up on your food and spring water now. Real spring water not purified or added ingredients. Love yall. But ive been telling yall forever so if you come here after i warned you i will shoot

spring water thats a new one

Do it for funsies

This is the format for field reports

So crazy people say you’re not allowed to take photos! So suspicious, wonder if any of that got restocked later that day or if people are buying up stock to resell elsewhere even

Stores are being depleted

Even the 99 cents stores.

Go check out your local Goodwill, Salvation Army, or locally owned and operated thrift store to hunt down SHTF supplies.

See what you can find to put your upcycling skills to the test. Can you repurpose what you find?

This will be an important skill to cultivate in the event of an emergency or a supply chain collapse.

Take the challenge and practice now while you have time.

People in Hurricane areas know this too well

You might have a generator but you hook it for some lights and the fridge. If its really powerful maybe AC or fans, but the little electric appliances cannot be used

Things like pressure cooker that can be place over charcoal

Doctor Sean Conley: President Donald Trump has been fever free for over 24 hours and the Chief of Staff gave him plenty of work to get done!

North Dakota farmers harvest 1,000 acres of neighboring crops after a man suffered a heart attack. Both in agriculture and in friendship, you reap what you sow.
0x1oknbY (Shera Starr) October 3, 2020, 9:00pm #5

This is probably the only heartwarming story I’ve seen reported in weeks. Thank you, I think we all need this.

⤻ reposted @AzazelNews to North Dakota farmers harvest 1,000 acres of neighboring crops after a man suffered a heart attack. Both in agriculture and in friendship, you reap what you sow.

Cleanest water there is. Everyone needs to know of the closest springs to them.

Find A Spring is a user-generated map of cold and hot springs. We provide locations, photos, reviews, water test results, comments and more!

. Dick Gregory. Rest In Peace. Keener than most.

same. No comparison to tap!

⤻ reposted @0xv1qny to Cleanest water there is. Everyone needs to know of the closest springs to them. is a good option. We exclusively drink springwater, fill up about 30 gallons at a time