Extremely dense & tall smoke plumes from numerous large wildfires, some of which have been generating nocturnal pyrocumulunimbus clouds ("fire thunderstorms"), are almost completely blocking out the sun across some portions of Northern California this morning. #CAwx #CAfire pic.twitter.com/y9evl4u0eq

Flight's I'm watching this hour. An evac callsign for a KC-135. A TACAMO with a callsign that is Hebrew for "judge". A SPUR callsign tanker first out toward the Pacific, and now flying across the US. 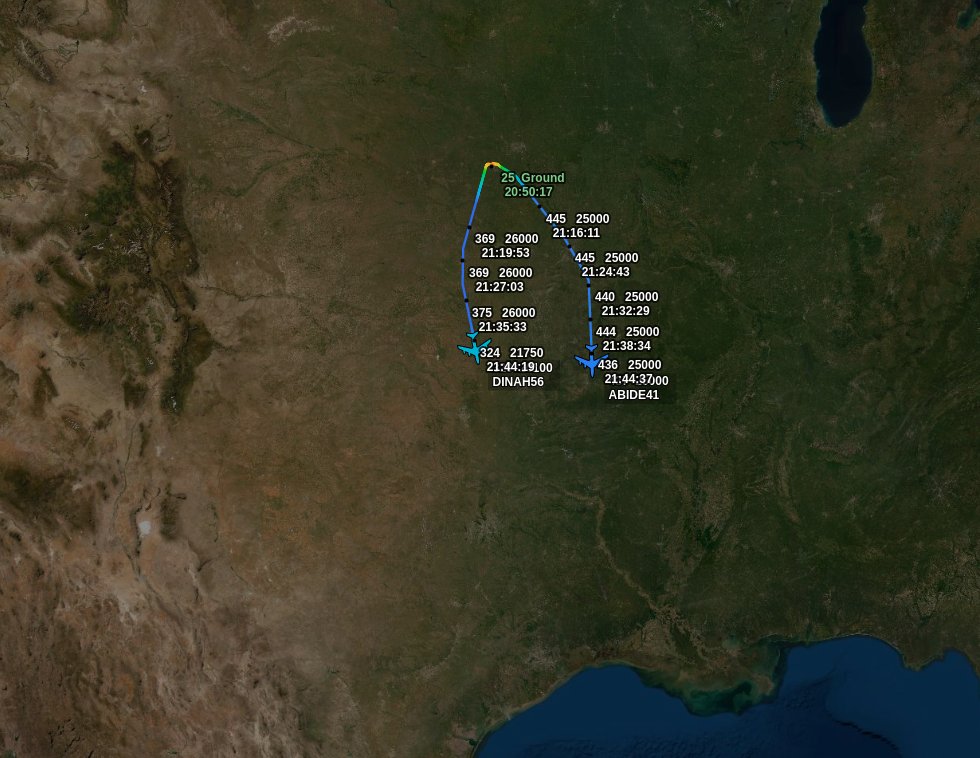 Rosneft completed the first half of 2020 with a net loss of RUB 113 billion.
It’s still need to be able to work like that!

Inside the privileged lives of protesters busted for Manhattan riots

Inside the privileged lives of protesters busted for rioting in Manhattan

The so-called revolutionaries who were busted for rioting at a New Afrikan Black Panther Party rally took a break from their yacht club lives and modeling careers to be a part of the mayhem. The se…

Inside the privileged lives of protesters busted for Manhattan riots

Inside the privileged lives of protesters busted for rioting in Manhattan

The so-called revolutionaries who were busted for rioting at a New Afrikan Black Panther Party rally took a break from their yacht club lives and modeling careers to be a part of the mayhem. The se…

Hopes for a rebound in the fall or the end of 2020 look increasingly unlikely. Although rental prices have come down, the discounts are not steep enough yet to lure new renters back to the city.

Some [Atlanta] MARTA employees say they don’t feel safe at work after they were assaulted by unruly passengers.

Channel 2′s Dave Huddleston talked to drivers, who said the problems started when bus riders no longer had to pay during the COVID-19 pandemic.

In one report, a man performed a sex act next to a female driver. Another rider spat on a bus operator and another driver was punched. In three months, there were reports of more than 20 assaults. 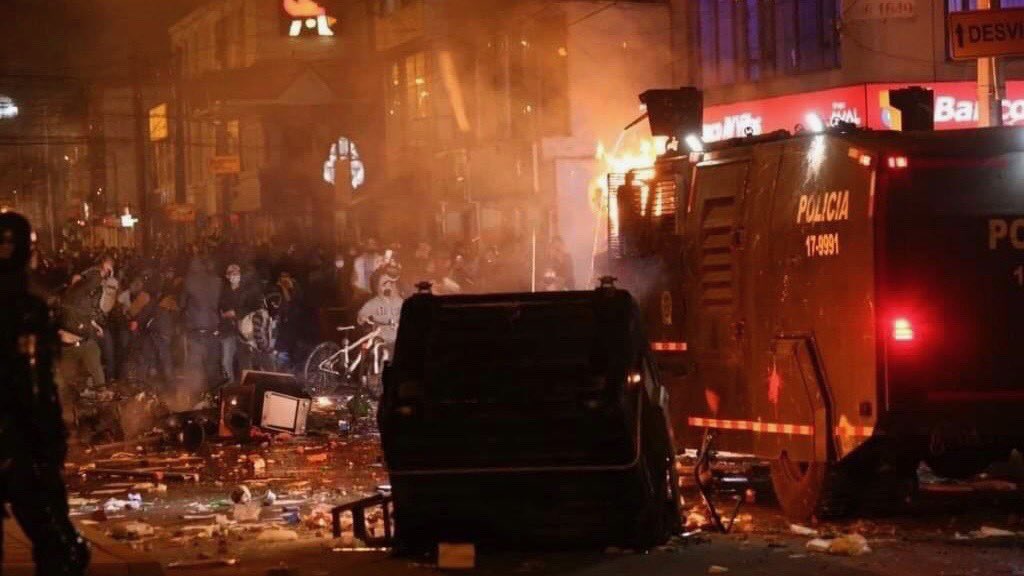 Colombia- Five people were murdered, at least 24 people were injured of which 19 were caused by a firearm during the protests for the murder of Colombian lawyer Javier Ordóñez at the hands of the Police in the city of Bogotá. 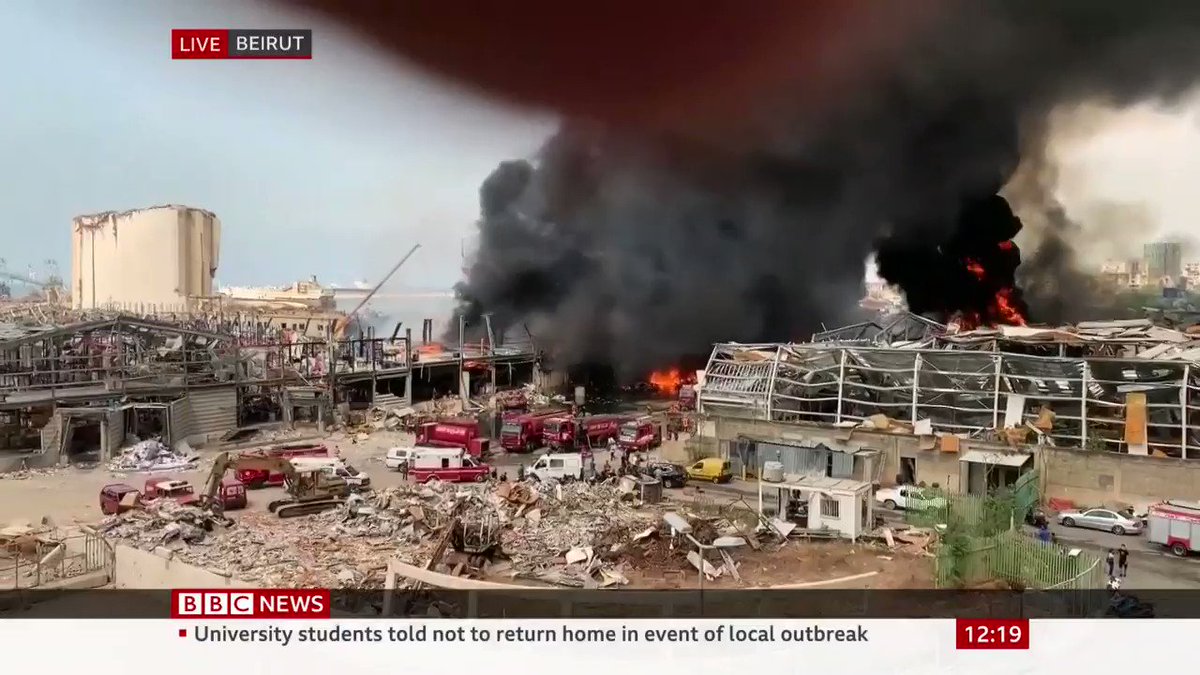 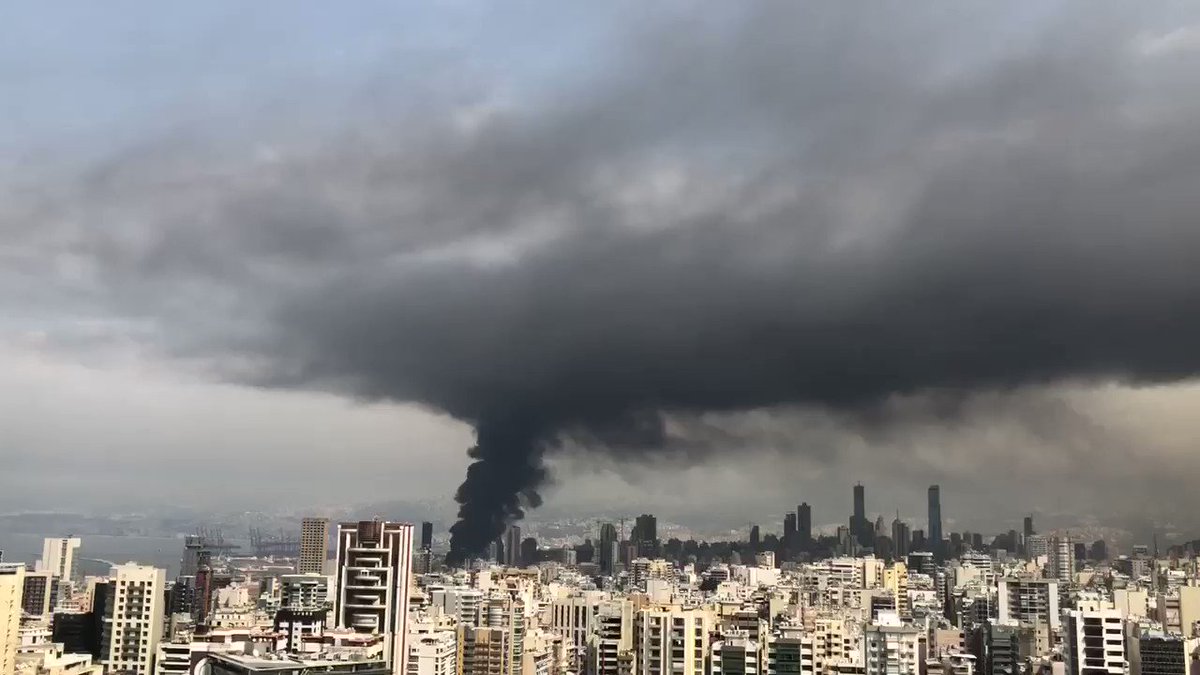 The sky has turned black again in Beirut. https://t.co/8Z8OSVu4QD

Just moments after the fire started.

The US has revoked the visas of more than 1,000 Chinese students and researchers had ties to the Chinese military, accusing some of espionage, in the latest dispute between the rival superpowers.
Chinese people make up the largest proportion of international university students in the US, with about 370,000 enrolled in 2018-19. 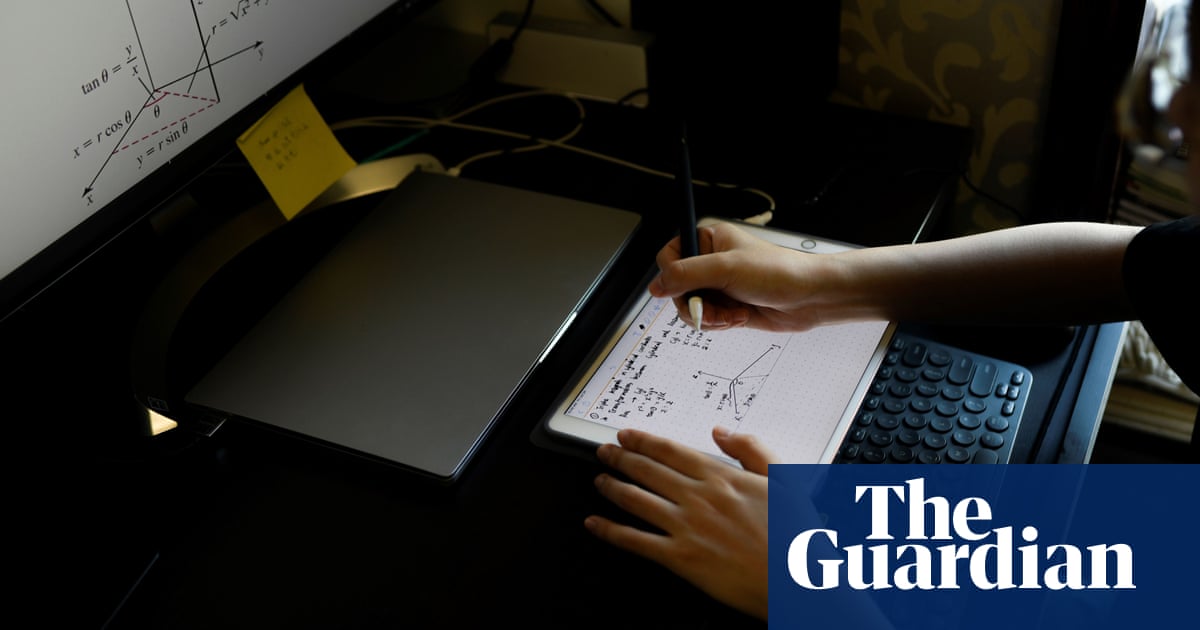 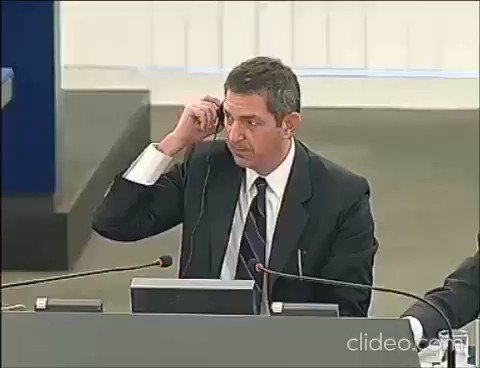 If you are a student or seeking a career intelligence or State Department check out the CLS Application. 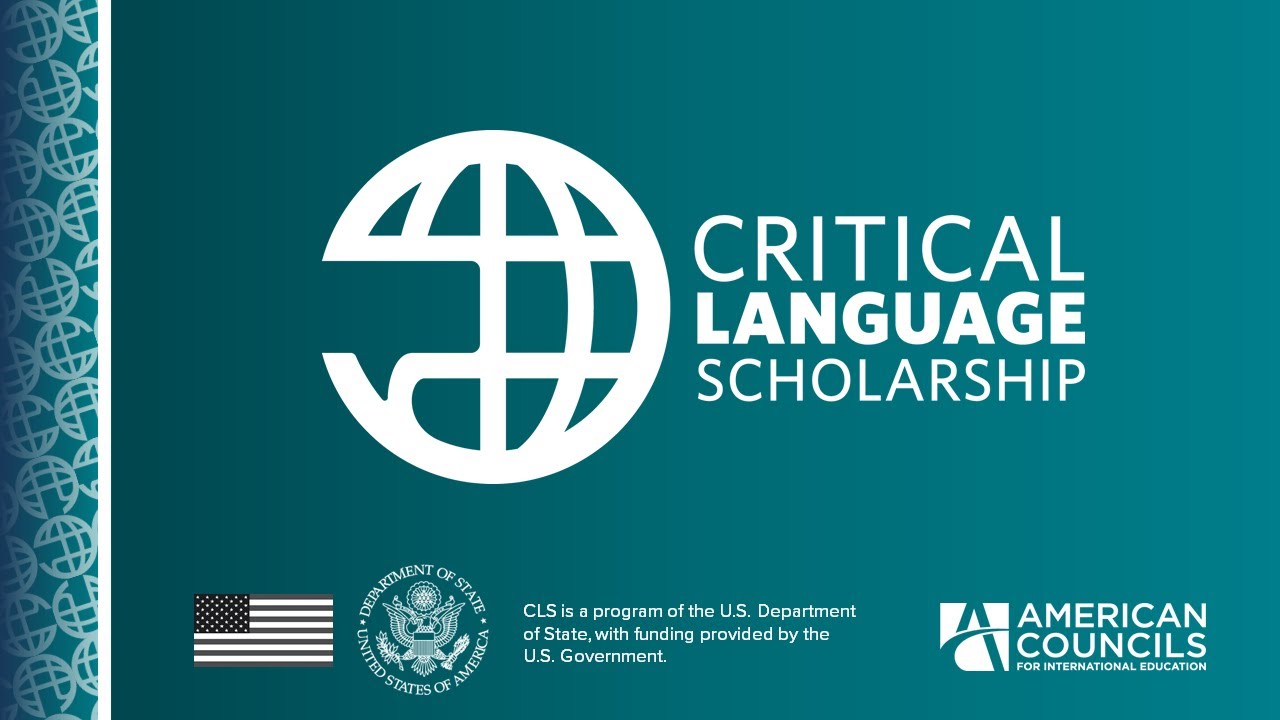 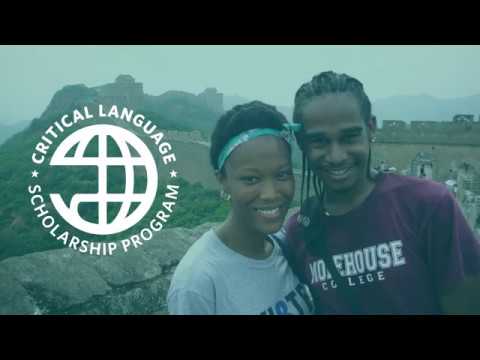 "We, the G7 foreign ministers of Canada, France, Germany, Italy, Japan, the United Kingdom and the United States of America and the High Representative of the European Union, are united in condemning, in the strongest possible terms, the confirmed poisoning of Alexei Navalny,” reads a statement released by the US State Department

MEPs initiate the creation of an international group to investigate the assassination attempt on Navalny
According to MEP and former Lithuanian Prime Minister Andrius Kubilius, the Kremlin is not interested in truly investigating the circumstances of the assassination attempt on Navalny’s life, “as in any other case when critics of the regime were the victims.” “Therefore, calls for a thorough investigation by the Russian authorities are ineffective, the only way to get at least some clarity on the case is to conduct an independent investigation.”

We, the G7 foreign ministers, call on Russia to urgently and fully establish transparency on who is responsible for this abhorrent poisoning attack and, bearing in mind Russia’s commitments under the Chemical Weapons Convention, to bring the...

NEW: More employees have died at Pemex than at any other company in the world—and Mexico’s president wants to keep the oil producer pumping, no matter what https://t.co/I6p1s6beKq 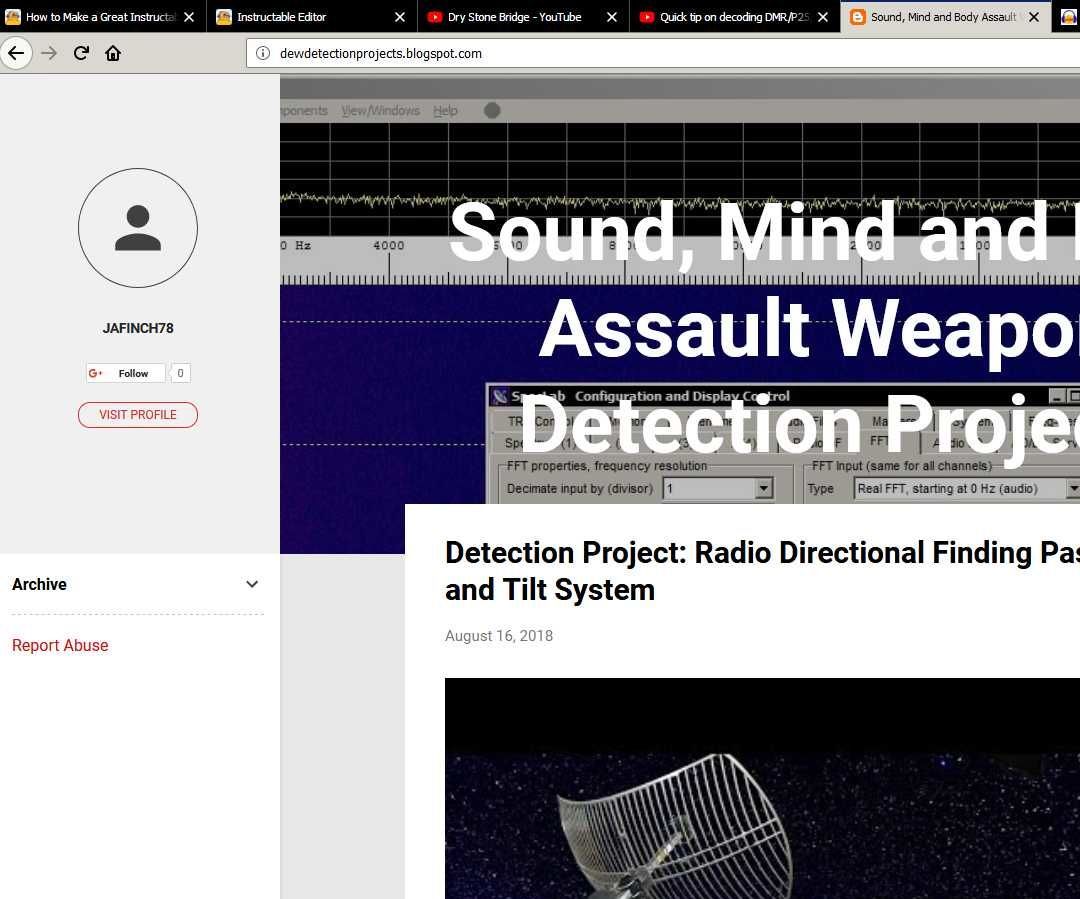 How to Make a Directed Energy Weapon Detection System for Less Than $50: This is my first instructable and I am victim of a malicious destruction of personality and property as well as an assault with intent to maim, murder and unreasonably serial... 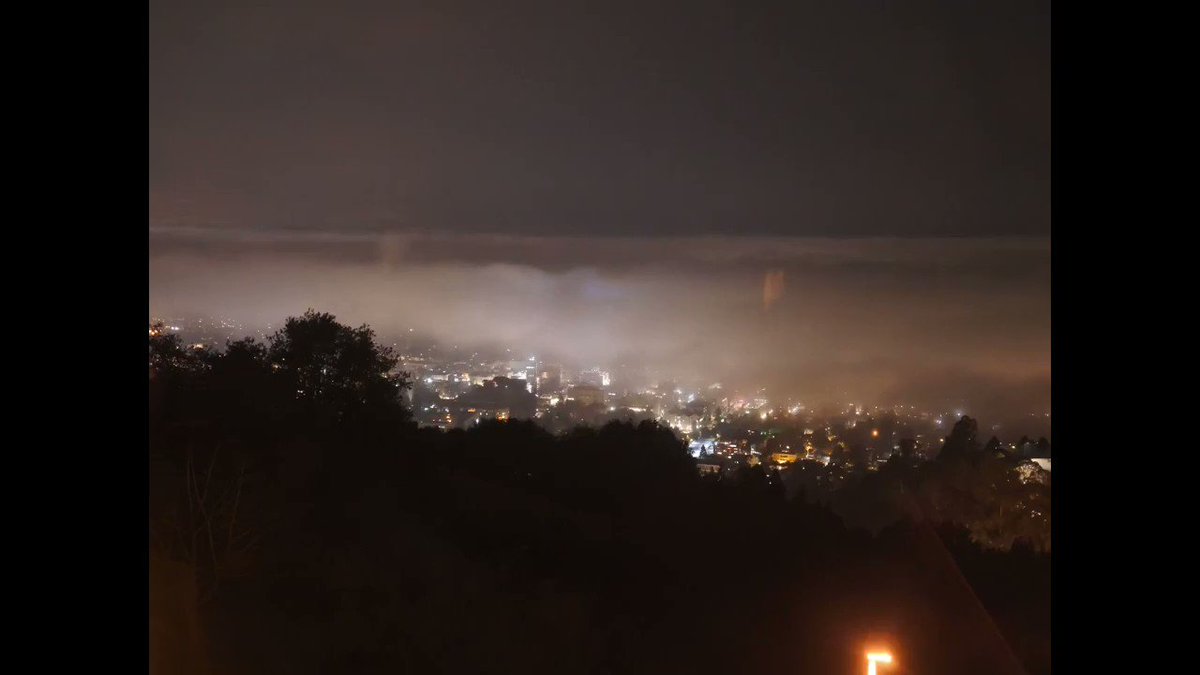 This law went in effect yesterday, what a coincidence, isn’t it? The fires are a great excuse to leave the city. Prop C, the 2018 initiative that taxes wealthy San Francisco businesses to pay for homeless service, became law Wednesday after the California Supreme Court refused to hear a challenge to it.

Sources: Series of wildfires may be "coordinated and planned" attack- being put on alert to look out for “opportunists and those who may have more sinister motives. A number of arsonists are already in jail, and there a few on the run, we’re told. https://t.co/oAzEIH1G3U”

Jim Bancroft, Of the Marines (JEdward02)

@andylancaster @AdamBaldwin ISIS urges followers to �ignite fires� in forests across US and Europe https://t.co/2Zz6VDdPaW Al Qaeda Magazine Calls for Firebomb Campaign in US https://t.co/kBH6P2e1Xf Al Qaeda behind the wild fires in CA? https://t.co/nlBgNf0vin

The fires across the West Coast are just the latest examples of the very real ways our changing climate is changing our communities. Protecting our planet is on the ballot. Vote like your life depends on it—because it does. pic.twitter.com/gKGegXWxQu

“Clemens was a foundational figure in the field of quantum chemistry,” said R. Stephen Berry, the James Franck Distinguished Service Professor Emeritus of Chemistry, who was Roothaan’s UChicago colleague for decades. “In my mind, he is probably the person who most deserved but never received the Nobel Prize.”

Clemens C. J. Roothaan, born in 1918, was a Dutch physicist and chemist known for his development of the self-consistent field theory of molecular structure.

Roothaan was born in Nijmegen. He enrolled TU Delft in 1935 to study electrical engineering.

Clemens C.J. Roothaan was in a Nazi concentration camp when he made his first theoretical quantum calculations—work that later would be accepted as his master’s thesis in physics. He and his brother were sent to the Vught concentration camp for involvement with the Dutch Resistance. On September 5, 1944, the remaining prisoners of the camp (including the Roothaan brothers) were moved to the Sachsenhausen camp in Germany ahead of the advancing Allies. Near the end of the war, the Sachsenhausen inmates were sent on a death march which Roothaan’s brother did not survive.

While a prisoner of war he was able to pursue his studies in physics together with other professors and students under the formal guidance of Philips. The nearby electronics giant Philips N.V., occupied by the Nazis, tapped the camp for labor. A small group of prisoners with scientific backgrounds were drafted for academic work; his former professors, still at the Delft Institute of Technology, worked with Philips and were able to suggest problems for Roothaan to work on to continue his physics education. The work he was assigned to while cooperating with Philips was a foundation for his master’s thesis.

He obtained his master’s degree in physics from TU Delft on October 14, 1945.

Roothaan emigrated to the U.S. on a Guggenheim fellowship to continue his studies at the University of Chicago, where he received his PhD in 1950 and became a professor in 1952. He did his PhD thesis with Robert S. Mulliken from the University of Chicago, on semiempirical MO theory, while holding a post at The Catholic University of America in Washington, D.C… He became a professor who created groundbreaking models of the electronic structure of molecules that are still used today. He realised that the then current approach to molecular orbital theory was incorrect and changed his topic to what resulted in the development of the Roothaan equations.

Prof. Mulliken mentions this work in his Nobel lecture as follows:

“I tried to induce Roothaan to do his Ph.D. thesis on Hückel-type calculations on substituted benzenes. But after carrying out some very good calculations on these he revolted against the Hückel method, threw his excellent calculations out the window, and for his thesis developed entirely independently his now well known all-electron LCAO SCF self-consistent-field method for the calculation of atomic and molecular wave functions, now appropriately referred to, I believe, as the Hartree-Fock-Roothaan method.”

“He was a pioneer in the development and application of rigorous theory to the electronic structure of atoms and molecules,” said Paul Bagus, PhD’66, a professor of chemistry at the University of North Texas and a former student of Roothaan’s. “He was a true giant in our discipline.”

From 1962 to 1968 he was Director of the University of Chicago Computation Center. Later he was Professor of Physics and Chemistry at the University of Chicago. Since his retirement, in 1988, he has worked for the Hewlett-Packard Laboratories in Palo Alto, California, where his primary contribution has been in the development of the mathematical coprocessor routines for the Itanium chip. His method of analyzing pipeline architecture has been unique and innovative and greatly admired in supercomputer circles around the world.

Hungry for more computational power, Roothaan worked with early computers at UChicago-affiliated Argonne National Laboratory and then played a significant role in developing the University’s first computer program. He served as director of its Computation Center from 1962 to 1968, helping scientists from other fields use the computer while developing hardware and software for large-scale scientific calculations.

Berry said few people in the field could match Roothaan’s intuition for programming. “These could be enormously huge computations sometimes, and he could just sit down and write out how to do it,” he said.

After retiring from UChicago in 1988, he worked for Hewlett-Packard, where he developed the mathematical co-processor routines for the Itanium chip and served as a liaison for the computing needs of the Large Hadron Collider in Europe.

In 1982 Roothaan became a correspondent of the Royal Netherlands Academy of Arts and Sciences. He was a member of the International Academy of Quantum Molecular Science and the Society of Catholic Scientists. He turned 100 in August 2018 and died in June 2019.

Clemens C. J. Roothaan (August 29, 1918 – June 17, 2019) was a Dutch physicist and chemist known for his development of the self-consistent field theory of molecular structure. Roothaan was born in Nijmegen. He enrolled TU Delft in 1935 to study electrical engineering. During World War II he was first detained in a prisoner of war camp. Later he and his brother were sent to the Vught concentration camp for involvement with the Dutch Resistance. On September 5, 1944, the remaining prisoners of th... 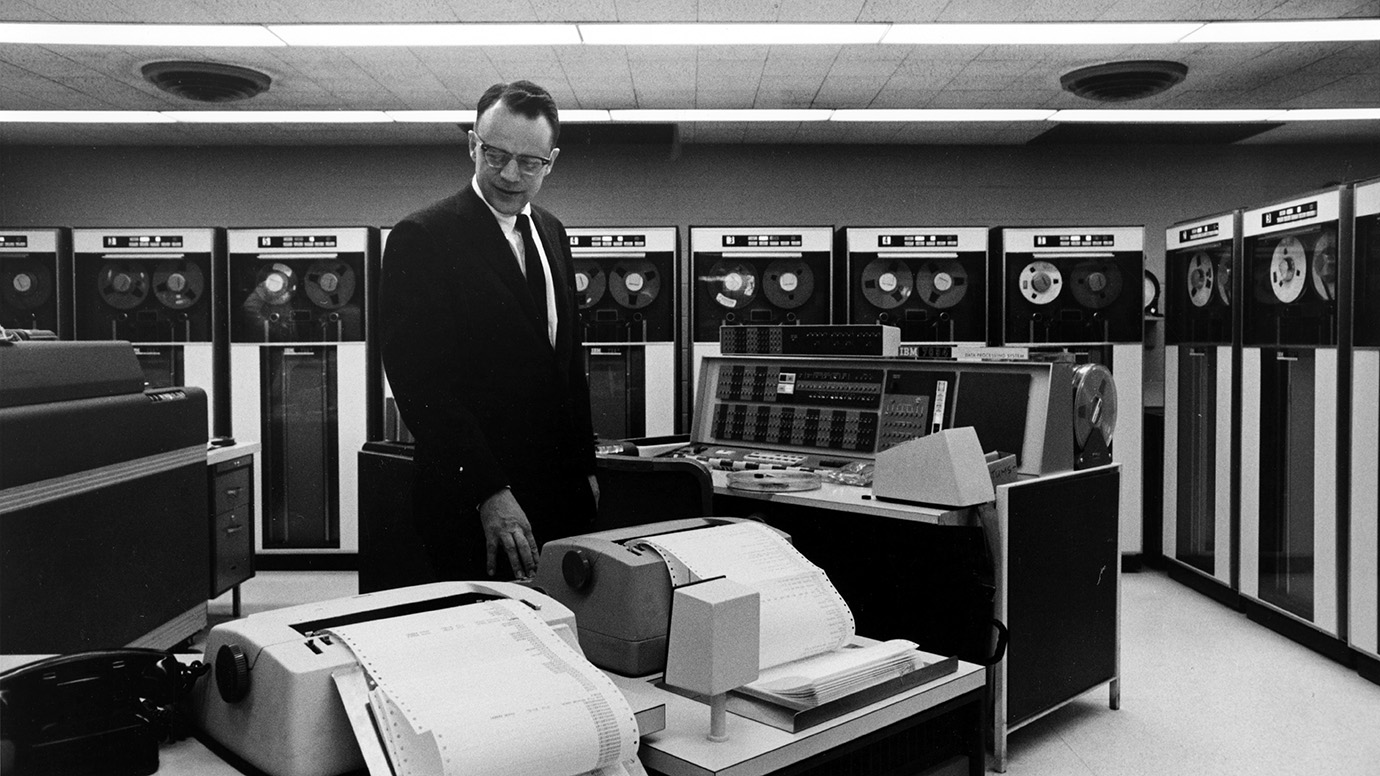 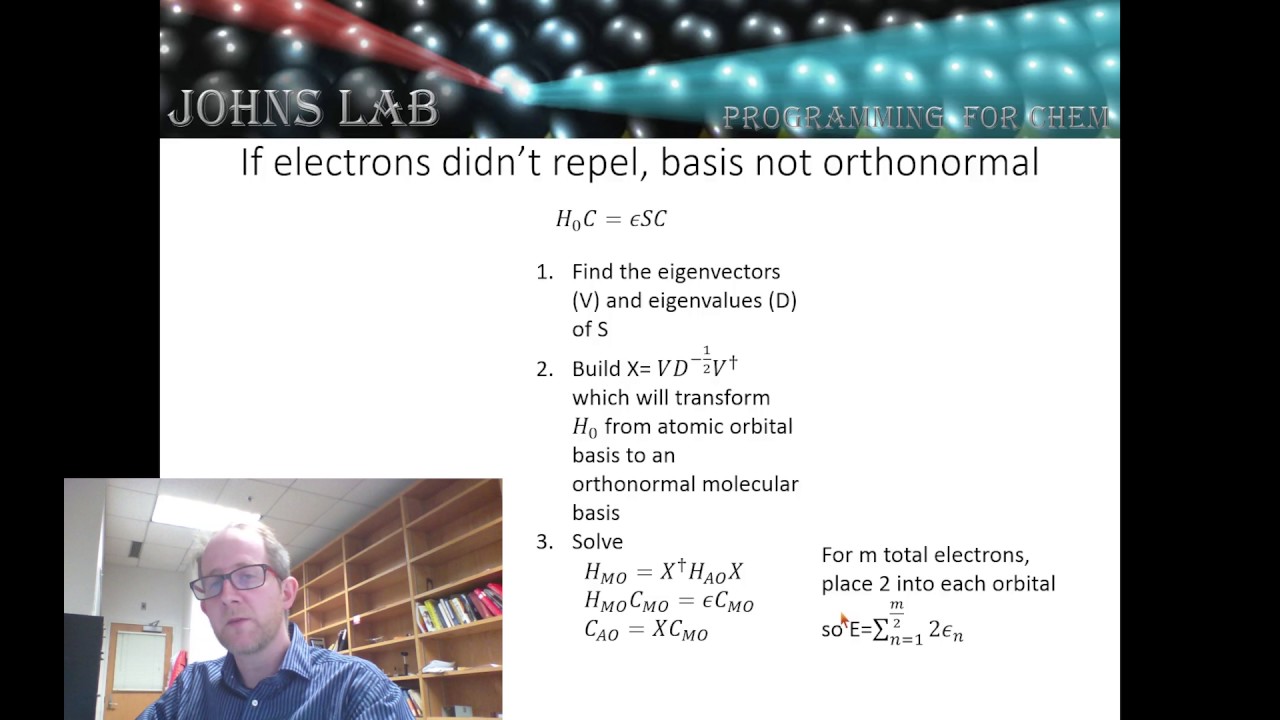 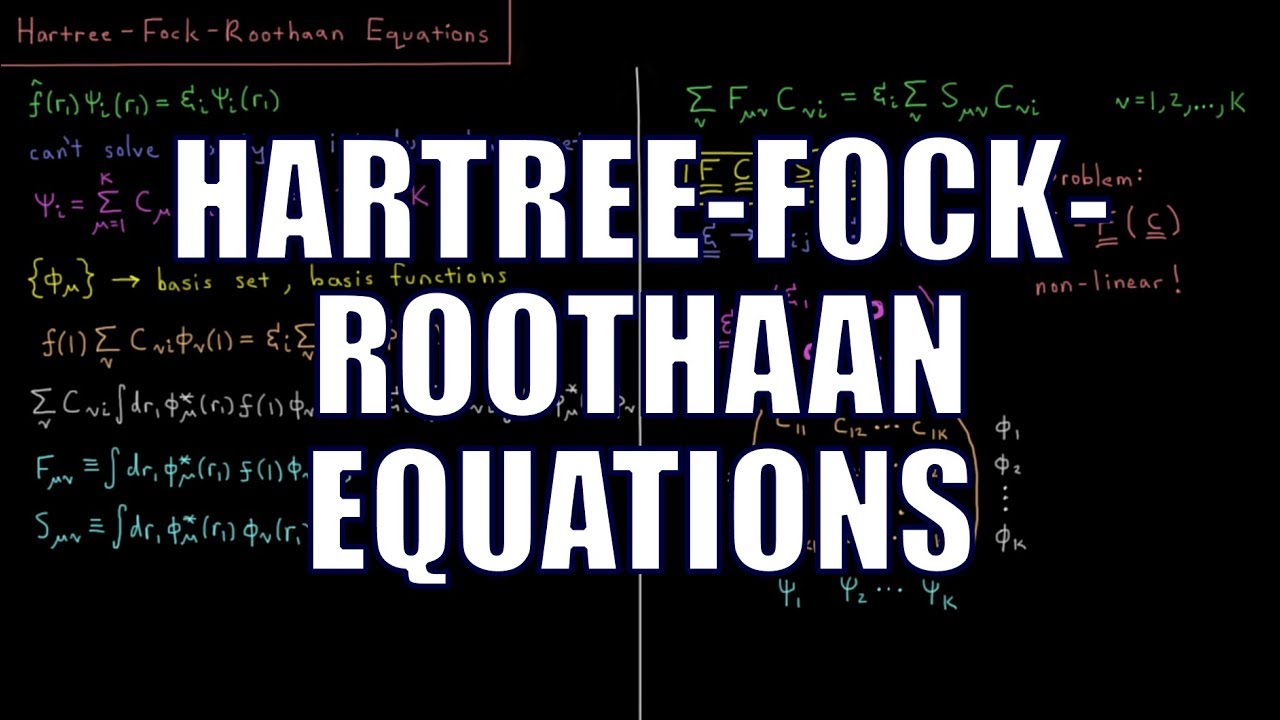