The same source, the WHO, also says “82 per cent of cases are mild.”

WHO, claims the death rate is only 2%. 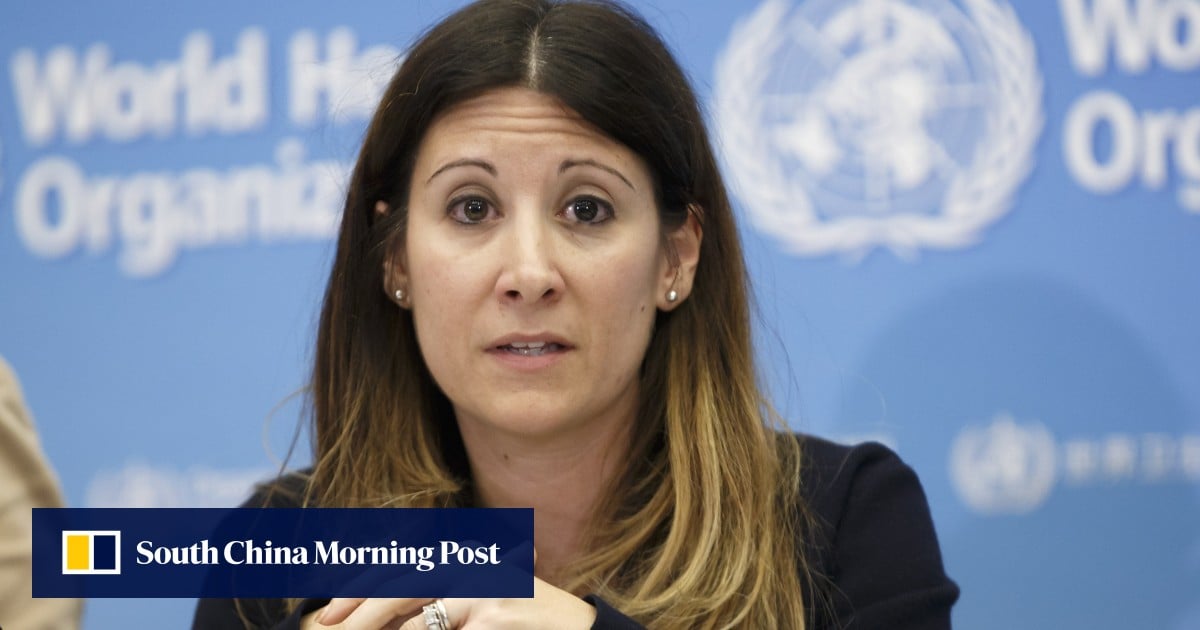 Top US public health officials says he has ‘a lot of confidence’ in the data being provided by Chinese authorities.

This means, of course, that 18% of coronavirus cases are either “serious” or “critical,” since those are the other two designations which are possible.

Based on a small sample of discharged patients from Wuhan, the city at the centre of the outbreak, Wang said that about 6 per cent had recovered after being in a serious condition, while less than one per cent had recovered after being classed as in critical condition.
Only in China could a 6% survival rate for “serious” patients be considered good news. Similarly, a 1% survival rate for “critical” patients is also being spun as good news.

This shows that cases in serious and critical conditions can be treated and discharged from hospital after receiving proactive treatment, and that has given us great confidence,” said Wang Guoqiang. I’m not sure what medical school Mr. Wang graduated from, but a 1% – 6% survival rate among those patients shouldn’t give any doctor “great confidence.

If you do the math, this means that 94% of patients in “serious” condition don’t recover, which means they die. Similarly, 99% of those in “critical” condition also die.
Out of every 100 infected people, we now know that 82 will be classified as “mild,” and we also know that 18 will be either “serious” or “critical,” but we’re not yet sure exactly how many will be “serious” vs. “critical.” For this investigation, we’ll have to estimate that. So we’ll be conservative and estimate that, out of the 100 original patients, 14 end up in serious condition and 4 in critical.

The “leaked” data from China showed a 16% mortality rate

On top of all that, remember the “leaked” data set that appeared last week, revealing how China actually has two databases that track infections and deaths? One database is the “real” numbers, while another database contains all the fudged numbers for the public to see.
The leaked numbers showed 154,023 infections and 24,589 deaths.
If you do the math on that, it comes to a 16% mortality rate.

It’s also very consistent with the early study out of The Lancet that documented a 15% mortality rate among those who are infected. That study is found here:

⤺ reposted by @AriesAzazel from Lancet published a recent study showing the coronavirus achieving a 15% death rate among those who are infected.

Lancet published a recent study showing the coronavirus achieving a 15% death rate among those who are infected.
AriesAzazel May 8, 2020, 12:47am #2

Also the math might be wrong, if the leaked TENCENT numbers just represented one

city or province. Since video footage of doctors state the the official numbers are decentralized

Then the mortality rate is much higher

From the 411,000 dead number we received yesterday

Also if you ride the subway 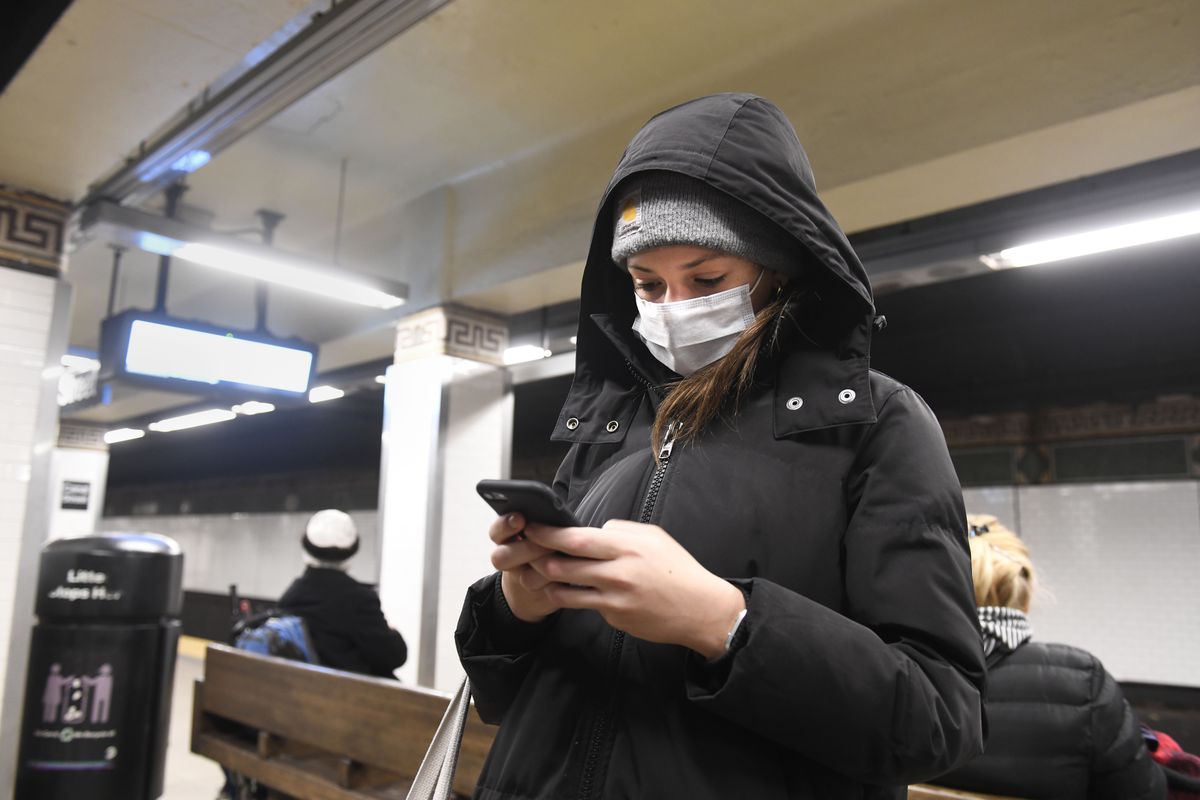 Take off that facemask: You’re not protecting yourself from coronavirus

The site of a face behind a surgical mask is more familiar than jarring to me. Training and working in medical centers for the past decade, I’m accustomed to seeing facemasks in the hospital or clinic. There, worn correctly in prescribed situations,...

Employees returning to a factory in Huizhou must pay more than 500 yuan for medical examination at their own expense.

This Singapore outbreak cluster is also related to the French Alps cluster. It also refute the notion that tropical areas can’t be infectious. It’s 75F/24C in SG now.

Medical Personnel are being told one story

Military and Federal Officers are being told another

The Daily News needs to

That author is going to feel sorry he said that, after his people start dropping dead around him

And as we see from the videos, China is enforcing that the people MUST wear the mask

And like all our videos show us, all the healthcare workers are wearing full gear

And we know it can spread easily, before we even see symptoms.
Sooooo… what the heck is The Daily News talking about.
Dumb paper…

seems like they must want the gullible and uneducated people to get sick first. So they could practice on them.

all the smart and rich people are going to have masks

My friend got chemo radiation etc for cancer. They sent him home with a box or masks and gloves. These articles are paid shills so the public doesn’t panic or worse

I know eventually if this virus is going to stay circulating around the world, we have to build an immunity, but I don’t want to be the first one. That’s ok.

And there’s going to be a lot of uneducated people who are going to believe the daily news.

And if I see this dumb video on Facebook of a guy holding a Lysol can, one more time. About how Lysol kills the coronavirus.

Lysol has never seen this new coronavirus, and a Coronavirus could infect you before the Lysol can kill it.

The hospitals currently do not have enough N 95 mask for all of the hospital employees. FACT

So only the direct care healthcare workers get to wear the N95 mask.

What about everybody else??? What about housekeeping, dietary, security, etc???

American hospitals did not prepare for this by ordering enough N95 masks, ahead of time

At the hospitals you are associated with there is a shortage?

Now you can’t get N95 face masks from US suppliers.

They are backordered UNTIL APRIL 2020!!!

All the N95 masks have been “secured” and you can’t get them up on the patient floors unless infection control deems it necessary.

Or the supervisor has to feel it’s appropriate.

When’s the last time the supervisor saw the coronavirus??
Or The infection control person?

We have seen more coronavirus patients then they have from watching the damn videos!

They have no clue.

On one of the videos, where the head of the Mayo Clinic & Former FDA guy was speaking. He said, “it would take dozens (12 to 24🤷🏽‍♀️) of cases before we could even recognize that we were having an outbreak in an area.”

So these patients wouldn’t be isolated. Because no one would have any clue of what they were even dealing with.

And we have seen from our videos that a lot of people just drop dead suddenly, WITHOUT having pneumonia.
People in the USA are not going to realize it’s from the Coronavirus

Taipei, Feb. 9 (CNA) Experts have blamed a form of systemic inflammatory response syndrome called "cytokine storm" for killing some novel coronavirus (2019-nCoV)-infected patients who were not very sick in the early stage of infection but eventually...

So our numbers will be wrong in the beginning. Like now.

One that New Jersey cruise ship in Bayonne, NJ, they said a crewmember died for some unrelated reason earlier that week.
What’s the probability of that???

Or did the coronavirus just drop him dead. like we’ve seen on the other videos

They know what’s up

Remember, when the SHTF. You have to be able to take care of yourself as much as possible.

(That an older post from January. So disregard the time.)

Since the hospitals do not have enough N95 masks for all the employees. The staff will get sick

That same Pfizer/former FDA guy said, we should see cases coming out in 2 to 3 weeks if it’s going to happen. That would be Mid-February.

He said, the virus is here and is circulating already.

Shit they really are enforcing 10 mask per customer

only rule at Home Depot 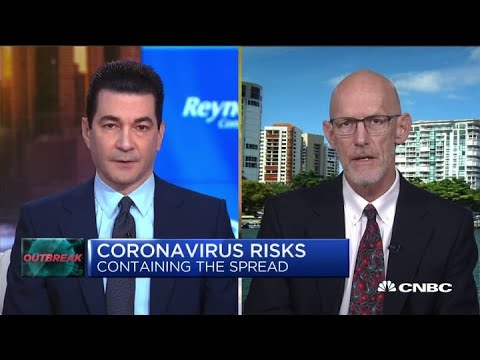 this is a video where they said that if it was going to be an outbreak, it would be by the middle of February. Be prepared.