I’ve been working in Bitcoin/Blockchain development for over 10 years, with many ties to the mainland.

I’ve been working in Bitcoin/Blockchain development for over 10 years, with many ties to the mainland. As well as a contributor to 2 Chinese news feeds. The TENCENT numbers that were leaked were just a glimpse into the horror of what was going on. While the public speculated it was under 500, we came to the realization that it was not 25,000 dead but that TENCENT leak was merely one city/province. Since the true numbers are kept decentralized by the CCP. We had one source who reported in 2x once at 400,000 then again at 411,000 after going dark and not wanting to risk their lives. A week later a leak by a crematorium operator/plague doctor stated it was 250,000 x 2 you can scroll up To see the timeline. Right now I estimate we are between 800k to 850k deaths/cremations. Join my channel if you want to be kept up to date with Coronavirus news. We have the largest collection of Coronavirus videos in the world. I’m also the producer of Corona-unMasked 1 & 2

⤺ reposted by @wayjosh from does the suspend apply for GCC member nations too, though?

they are clever. they do a new one every few days so know one notices

unless we are paying attention!

It’s unforgivable that the Health Secretary (United States Secretary of Health and Human Services) (Alex Azar) is quoting false numbers from the Chinese Communist Party and not the Intelligence community. These same numbers are readily available. You have a country with the capability of tracking Nukes going into Cuba in 1962 but are telling me the NRO and NSA are not using satellite thermal imaging to know the real numbers from the crematoriums or signal intelligence to find out the real numbers from the CCP due to the irresponsibility of the White House not wanting to save lives and putting the economy/wealth Before the well-being/health of the public.

It’s unforgivable that the Health Secretary (United States Secretary of Health and Human Services) (Alex Azar) is quoting false numbers from the Chinese Communist Party and not the Intelligence community.
Petadee (Peta Dee) May 8, 2020, 5:47pm #7 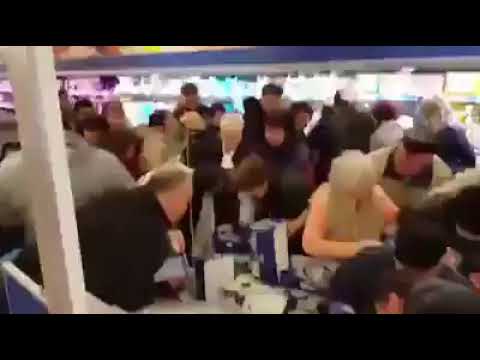 If you go back 6 months there has been a lot of CEO’s either resigning or selling their company stocks.

@Prk_spain We (US Intel Community) already have the numbers out of Pine Gap. They are just withholding it from the public. Pine Gap is the commonly used name for a US satellite surveillance base and Australian Earth station approximately 18 kilometres (11 mi) south-west of the town of Alice Springs, Northern Territory in the centre of Australia which is jointly operated by Australia and the United States. Since 1988, it has been officially called the Joint Defence Facility Pine Gap (JDFPG); previously, it was misleadingly known as Joint Defence Space Research Facility. The station is partly run by the US Central ...


The satellites go over every hour and using thermal imaging as well as signal intelligence have the correct number. They are hiding it because it’s all coming to an end. The supply chain. Everything. I know personally grown men who have faced the worst humanity has ever seen in the Middle East and Afghanistan who are in self quarantine With their families. We can calculate how many died during Saddam Hussein reign / Pol Pot reign / during the Bosnian War using satellite/thermal imagery. So to know they are not willingly giving the numbers of cremations to the public. Tells you it’s the worst human disaster in the 21st century and every nation state is unprepared.
0x15NQYJ (Coco) May 8, 2020, 5:47pm #10

Not sure how accurate this is but thought I’d share

Does anyone see something weird about the numbers from Iran today?
That’s just chilling!

Sorry if I missed this but does anyone have a link to event cancelations happening worldwide?

Oh they know all the true numbers! They just won’t tell us . They are saving the economy. Which is laughable, no one will be here for it to even matter .

⤻ reposted @AriesAzazel to It’s unforgivable that the Health Secretary (United States Secretary of Health and Human Services) (Alex Azar) is quoting false numbers from the Chinese Communist Party and not the Intelligence community.