Good morning. What time is this dark sky? Reminds me a bit of the Twitter footage from Beijing months ago.

Good morning. What time is this dark sky? Reminds me a bit of the Twitter footage from Beijing months ago. 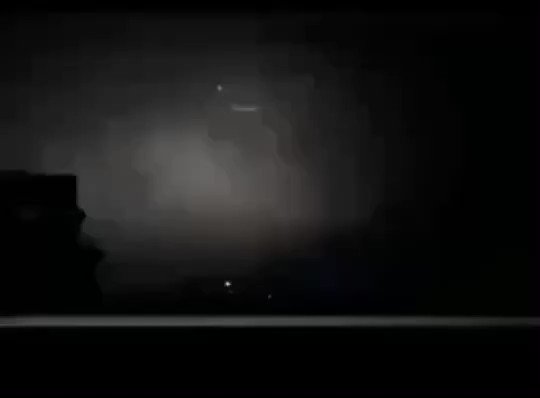 So not unusually dark again. This was night.

Sunset in Bangkok is around 6pm

I wonder if it’s Popeye related

Nong Chok Rain Radar (Animated) Of the Bangkok Flood Prevention Center, showing rainfall groups in Bangkok and its suburbs, including some provinces in the lower central and regions. East this time 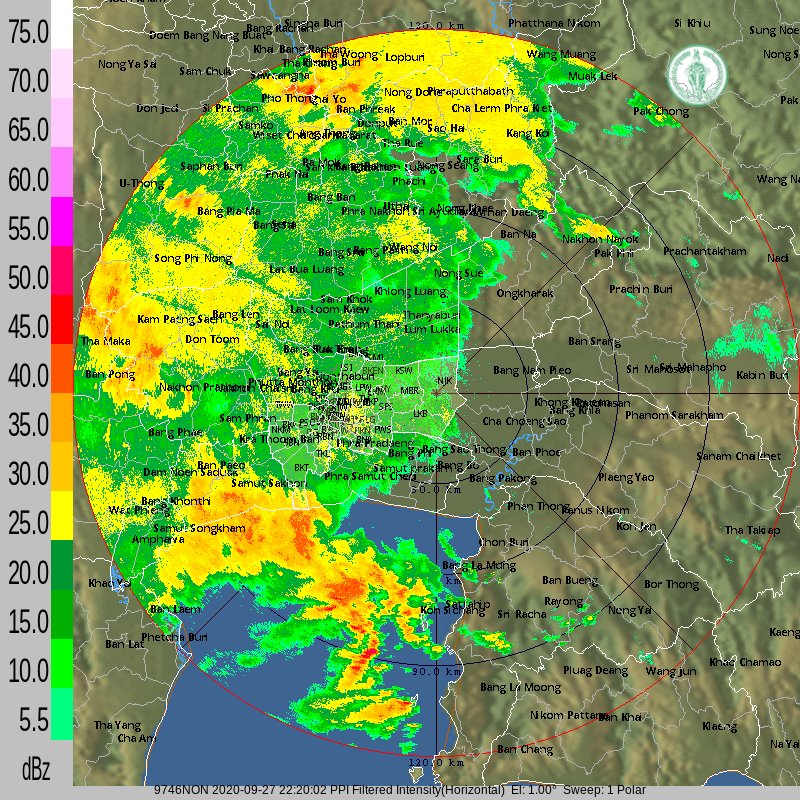 At this point the water waits to drain.
Saraburi, Bangkok, 1 hour, not the same as Ratchada Ladprao, 2 hours long.
#Water waiting to drain 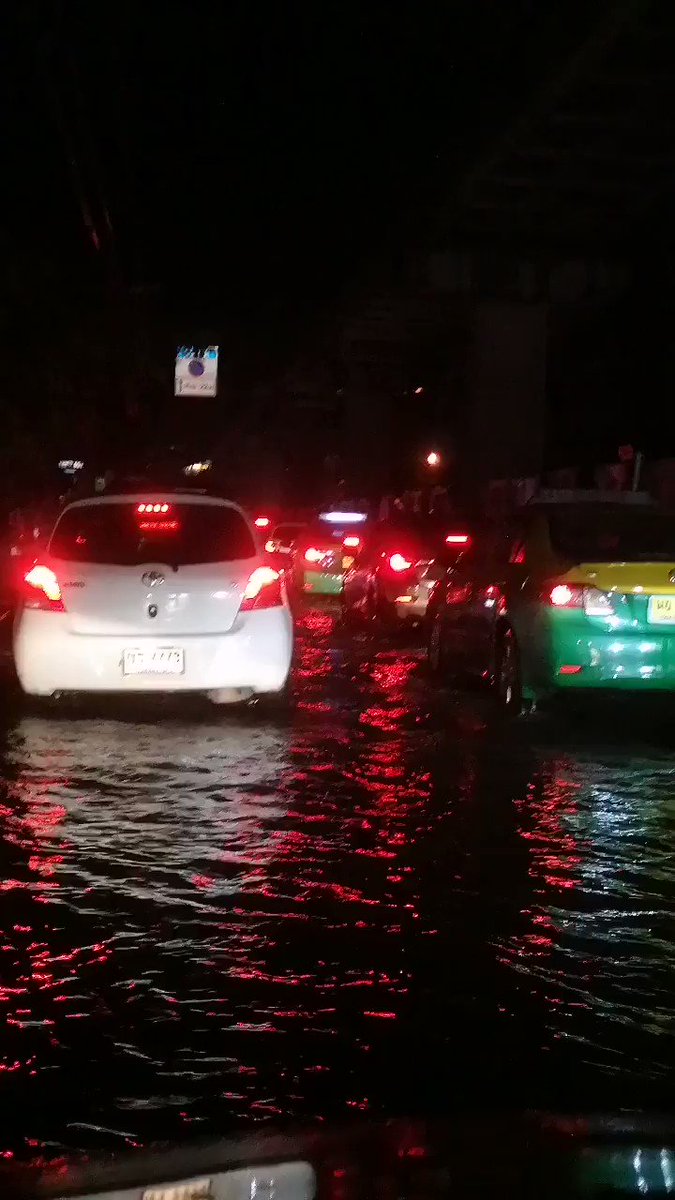 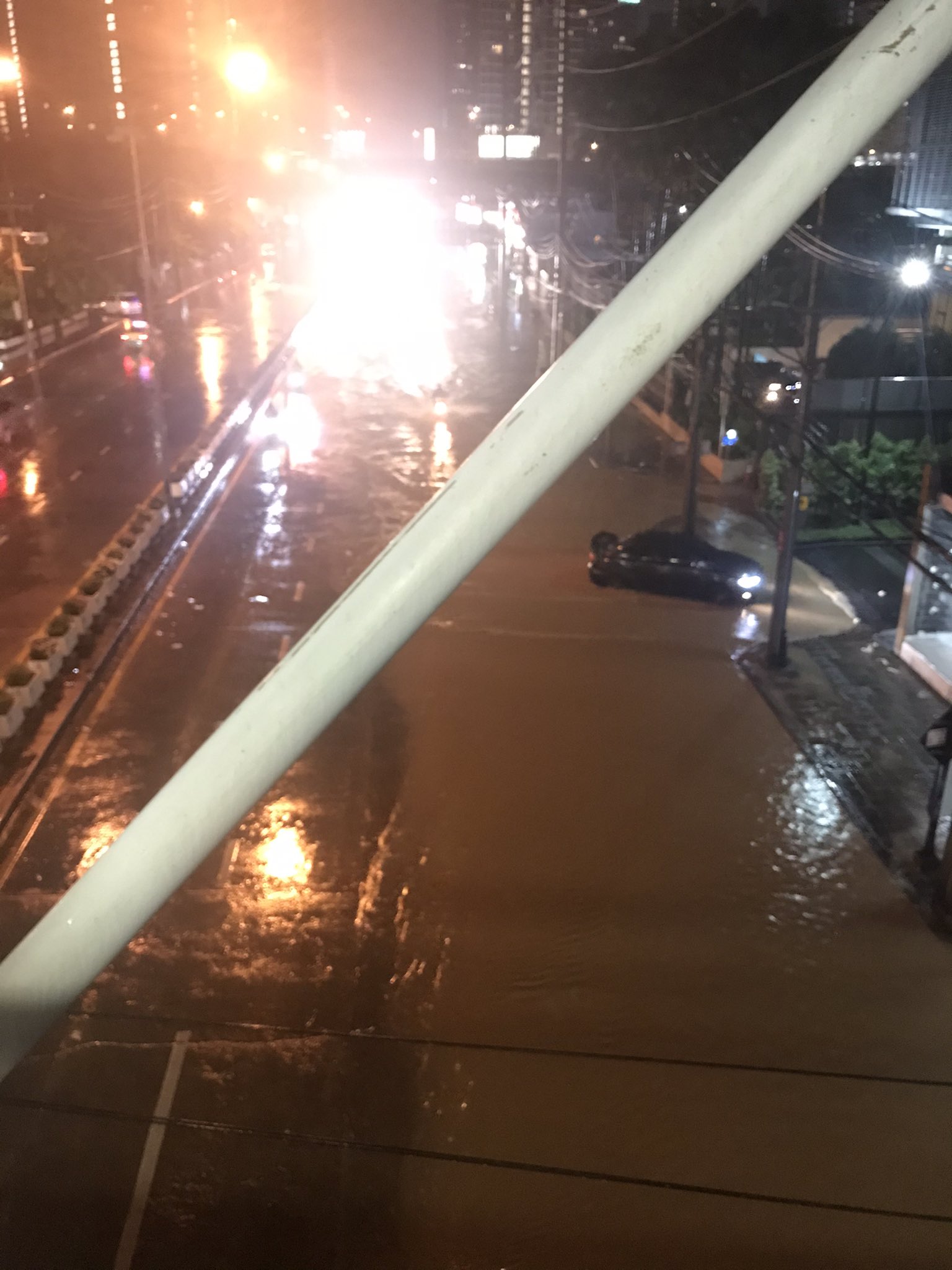 Traffic report in front of CP factory, Mittraphap Road heading to Bangkok, now has wild water flowing down which flood The traffic surface is approximately 600 meters. The truck can be used in the middle lane. As for the small cars, it can be used in the far right lane.At the moment, there is rain in the area, if it does not stop, it is likely to flood higher than this. 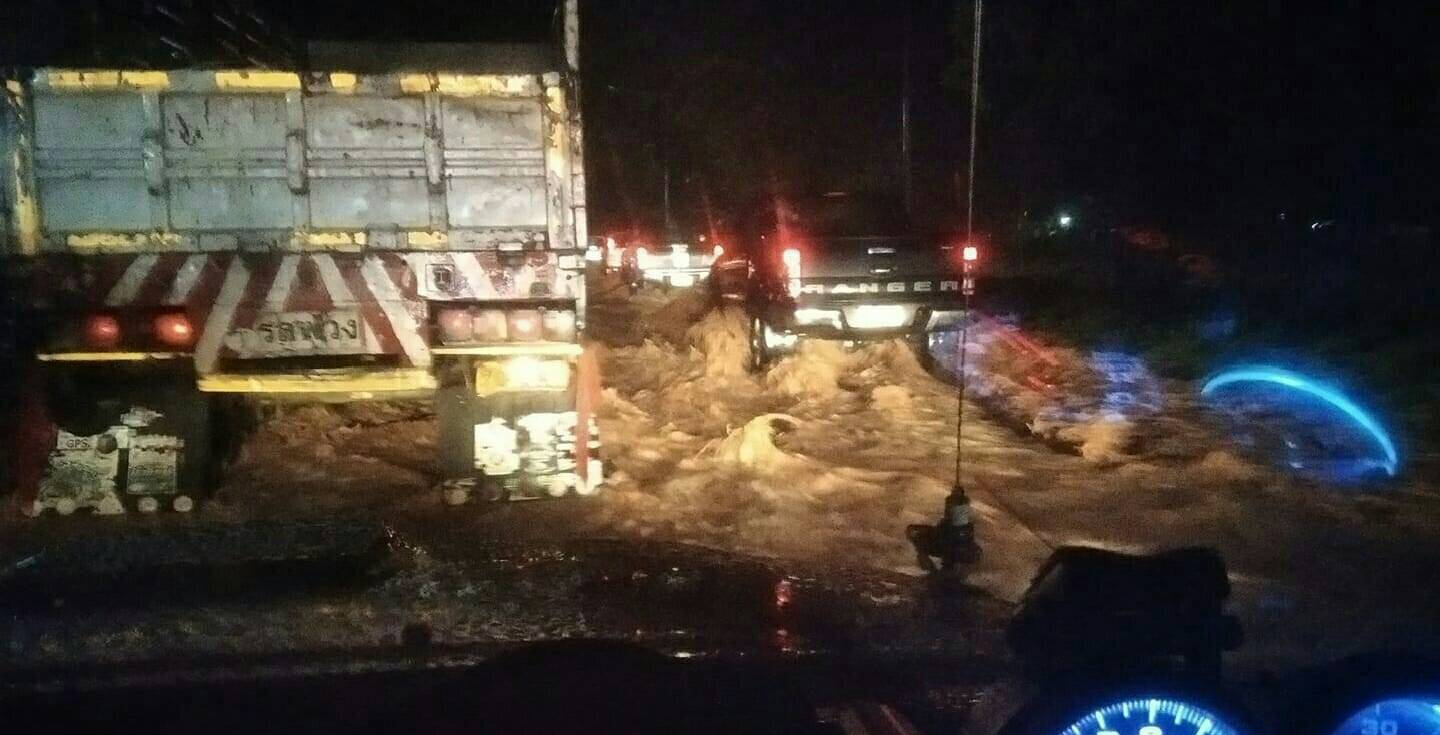 Shout out to the Popeye Operatives doing their thang

This was from September 6th

r/aliens - On Windy.com and noticed something really weird.

@ChatoNow Openwather, windy and https://t.co/wIew4HsKFS have radar loops for Sept. 1st in mexico, 7-10 am is when the anomaly appeared.

This is how this page looks now.

And many others, where videos of downed plane were posted

Then reappeared in Australia

Shout out to the Popeye Operatives doing their thang 🧙‍♂️⚡️⛈

Now it’s reappeared in Thailand in the past 24 hours.

I’m not saying I know what it is, I’m just connecting dots at the moment and recognizing patterns

Things are heating up in NYC

NYC has been chaotic

“People were just chilling and listening to music. Then a squad of policemen came up and broke it up,” one witness said.

the orthodox jews have had enough! 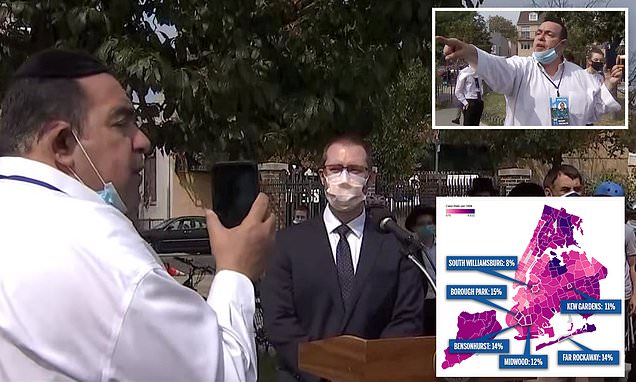 Radio host Heshy Tischler compared NYC health officials to Nazis during an event in Brooklyn on Friday, organized after a troubling spike in cases among the Orthodox Jewish community.

Heshy Tischler, a local community activist, screamed at the head of the city's public hospital system, Dr. Mitchell Katz, and refused to put on a mask or keep six feet away.

I’m at 10th and Hudson. Dozens of cops just charged at pedestrians.

Happened right in front a bunch of the so called blue checkmarks of twitter. i.e. cute young white far left journalst chicks, who literally have the twiter blue checkmark who video taped it 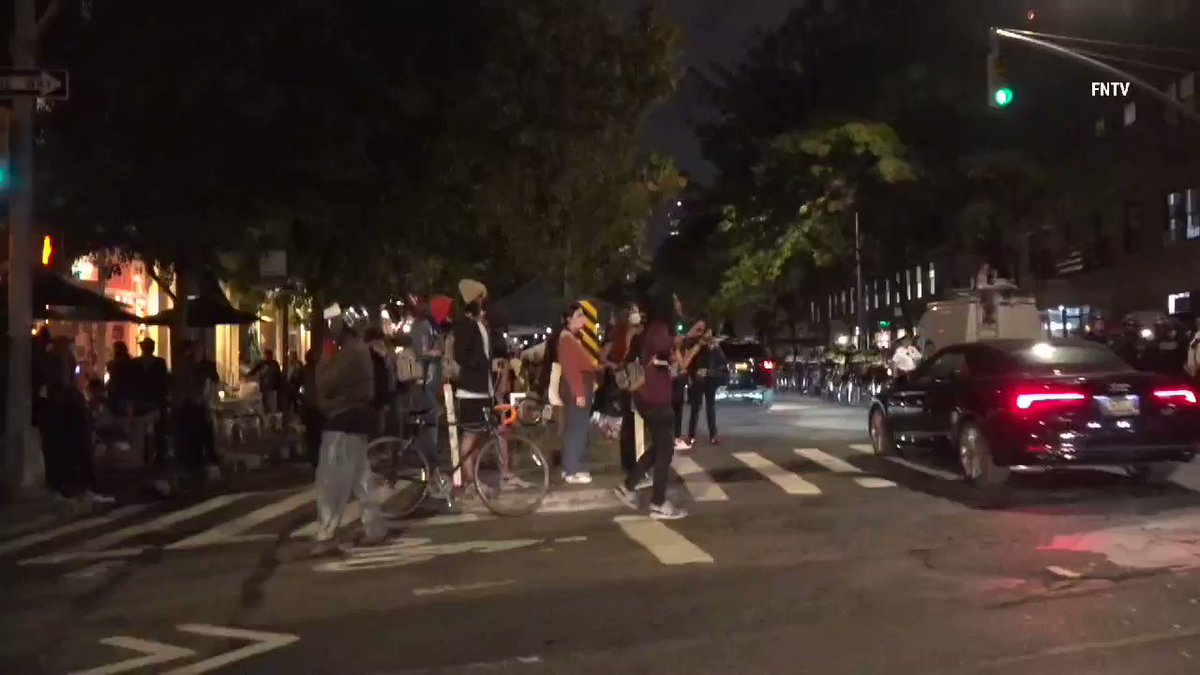 Let’s take a look at this again

International airline pilots are being retrained to operate harvest machinery as COVID-19 grounds flights and keeps farm workers from where they are needed.

Out of work airline pilots retrained for Harvest Machinery.

They are not illiterate In the 21st Century.

- Azerbaijani Mi-8 falling to the ground after a Armenian SAM missile hit the helicopter.

Stabbing attack in #SaintDenis, north of #Paris, France. At least one police officer stabbed—attacker gunned down

Fighting between sworn enemies Armenia and Azerbaijan resumed earlier on Sunday, with each country blaming the other for starting hostilities over Nagorno-Karabakh. Armenia said Azerbaijan’s forces shelled the breakaway region and inflicted civilian casualties, while Baku accused Armenian troops of hitting military and civilian targets as well. Meanwhile, Nagorno-Karabakh – a predominantly Armenian-populated region that fought a war of independence against Azerbaijan in the 1990s – has declared martial law and issued a total conscription call for all men older than 18.Russia’s foreign ministry, a mediator in decades of conflict between majority Christian Armenia and mainly Muslim Azerbaijan, urged both sides to cease fire immediately and hold talks. The two countries have long been at odds over Nagorno-Karabakh, which broke away from Azerbaijan in a conflict that broke out as the Soviet Union collapsed.

Let’s start class today, This War reminds me of one of the greats from Armenia

Aleksandr Leonovich Kemurdzhian was a Soviet Armenian mechanical engineer who worked at the VNIITransmash institute for the most of the second half of the 20th century. He is best known for designing Lunokhod 1, the first ever planetary rover for space exploration.

Kemurdzhian was born to Armenian parents on October 4, 1921 in Vladikavkaz, today the capital of North Ossetia. His father (b. 1898) and mother (b. 1901) were volunteers in the Russian Civil War with the 11th Red Army who happened to be in Vladikavkaz at the time of his birth. His Turkish-Armenian paternal grandparents were from Trebizond who settled in Batumi in the late 19th century. His mother was from Rostov-on-Don. His family settled in Baku, Soviet Azerbaijan when he was 5. He grew up there and considered Baku his hometown. His unskilled parents lived in poor conditions. In 1939 he began working as a Russian announcer at the Azerbaijani radio.

In 1940 he enrolled at the Bauman Higher Technical College in Moscow. With the start of the Eastern Front of World War II in 1941, he and other students of the tank department were assigned to repair damaged tanks until the institute was evacuated to Izhevsk. In early 1942 he volunteered to join the Soviet Army. He participated in the battles of Kursk, the Dnieper, and the Vistula–Oder Offensive. He served in the 162nd Infantry Division of the NKVD. He rose to the rank of senior lieutenant by the time he was demobilized in 1946. For his services, he was awarded the Order of Courage, Order of the Red Star (1944), Order of the Patriotic War (1945, 1995), Order of the Badge of Honour, and the Medal "For Battle Merit”. Due to the disruption caused by the war, Kemurdzhian graduated from the department of tracked vehicles of the Bauman Higher Technical College in 1951, some 11 years after enrolling.

Between 1963 and 1973 Kemurdzhian headed the team assigned to develop the chassis for the Lunokhod programme. His team designed both Lunokhod 1 (1970) and Lunokhod 2 (1973). In 1969 he was named deputy director and chief designer at VNIITransmash. Under his leadership, the institute became a leader of space transport engineering.

In 1971 he became Doctor of Technical Sciences after defending his dissertation based on his work on Lunokhod 1. He was named professor in 1977. Kemurdzhian was personally interested in spaceflight and "remote-controlled space probes,” which was known to Sergei Korolev. In September 1963 Korolev met with VNIITransmash engineers to discuss the possibilities of developing lunar rovers. The design sketches for the first lunar rover were completed by September 1965. Kemurdzhian provided the main report on the possibility of creating the lunar rover. Georgy Babakin, director of OKB Lavochkin, and Kemurdzhian worked closely to design the Ye-8 in 1966. In 1967 a final lunar rover design was reached and a prototype was constructed. Early models were sent to the moon on Luna 11, Luna 12 (1966) and Luna 14 (1968). Lunokhod 1, the finalized version, was designed by Kemurdzhian and Babakin. Kemurdzhian is credited with being the chief designer of the self-propelled chassis of Lunokhod-1.

In response to the Chernobyl disaster, Kemurdzhian led a team of researchers to develop, in May 1986, the robot STR-1 (СТР-1) to support the Chernobyl liquidators to investigate and cleanup the area. In Chernobyl he was exposed to excessive radiation and was treated in a Moscow hospital for radiation burns. Kemurdzhian retired in 1998. In 2000 he became a founding member of the St. Petersburg Branch of the Russian Academy of Cosmonautics (StPB RAC). In November 2000 he was the chief speaker at the 30th anniversary of the Lunokhod meeting held at the Tovstonogov Bolshoi Drama Theater. His last public appearance took place in mid-January 2003. A few days later he suffered a hip fracture and was hospitalized. He died in Saint Peteresburg on February 24 or 25, 2003. He was buried at the Smolensky Armenian cemetery in St. Petersburg.

Kemurdzhian is recognized as the "founder of the Russian school of design of planetary rovers.” For his work on lunar rovers, Kemurdzhian received the Lenin Prize in 1973. A minor planet discovered on August 26, 1976 by Nikolai Chernykh at the Crimean Astrophysical Observatory was named 5933 Kemurdzhian. He was a member of The Planetary Society, the European Geosciences Union, and other learned societies. Documents, photos, and other archival materials on Kemurdzhian are kept at the Russian State Archive of Scientific-Technical Documentation. Malenkov described him as follows: “A sharp mind, quick wit, and immediate response in all, including unexpected, situations; professionalism, encyclopedic erudition, commitment and hard work, multiplied by boundless energy; natural qualities of a leader of any assembly of people or experts, gathered by chance or by virtue of production relations; a charming conversationalist, a poet, and a great storyteller…”

Aleksandr Leonovich Kemurdzhian[a] (Russian: Александр Леонович Кемурджиан; Armenian: Ալեքսանդր Քեմուրջյան; October 4, 1921 – February 25, 2003) was a Soviet Armenian mechanical engineer who worked at the VNIITransmash institute for the most of the second half of the 20th century. He is best known for designing Lunokhod 1, the first ever planetary rover for space exploration. Kemurdzhian was born to Armenian parents on October 4, 1921 in Vladikavkaz, today the capital of North Ossetia. His fathe... The mission of Kemurdzhian’s life was the design of space technology and participation in the design of the world's first automatic self-propelled apparatus for research on the lunar surface. To Infinity and Beyond: Armenians in the Mars Rover Curiosity Project

The Armenian Weekly Sept. 1, 2012 Space has long been a source of mystery for humankind—a mystery we sought to decipher. Thanks to the scientific curiosity of Ptolemy, Galileo Galilee, and Isaac Newton, man discovered [...] 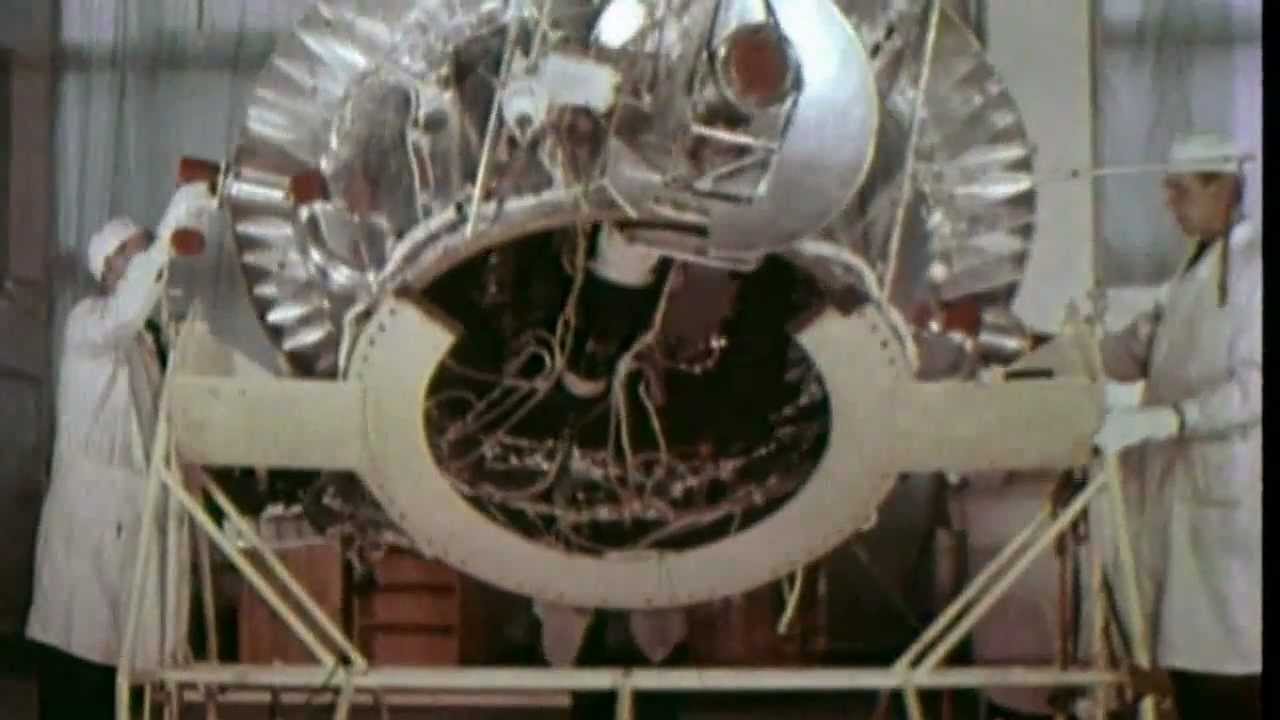 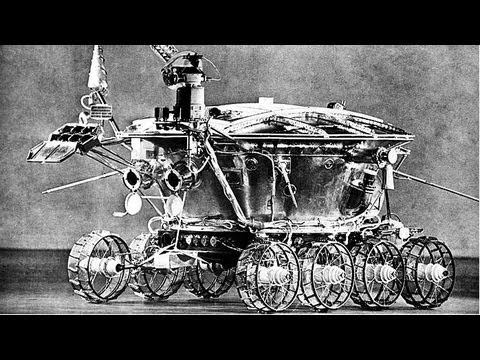 Lunokhod 1 and 2 were two Soviet robotic vehicles that roved the surface of the moon, the first robotic rovers to traverse across another world. Lunokhod-1 landed with the Soviet Luna-17 mission, and Lunokhod-2 landed wit the Soviet Luna-21 mission. The missions returned over 100,000 television images of the surface. The name translates to “moon wheel”. The first of these landed on the moon in 1970, and the second in 1974.

[These are in Russian, so if you need to, turn on the auto-translation subtitles.]

A friend of mine had this when i was a kid. Was really fun to play

⤻ reposted @AzazelNews to The Lunokhod Rovers - It Happened in Space #7