“What is the meaning of life? That your soul may outlive your remains in something sacred and should escape decay… I have again looked at, added up, corrected, and sized up what I have been doing during these last years and have seen that this is good.” - Yuri Orlov

Yuri Fyodorovich Orlov was a particle accelerator physicist, human rights activist, Soviet dissident, founder of the Moscow Helsinki Group, a founding member of the Soviet Amnesty International group, and Professor of Physics at Cornell University. He was declared a prisoner of conscience while serving nine years in prison and internal exile for monitoring the Helsinki human rights accords as a founder of the human rights movement in the Soviet Union.

Yuri Orlov was born into a working-class family on 13 August 1924 and grew up in a village near Moscow. His parents were Klavdiya Petrovna Lebedeva and Fyodor Pavlovich Orlov. In March 1933, his father died.

From 1944 to 1946, Orlov served as an officer in the Soviet army. In 1952, he graduated from the Moscow State University and began his postgraduate studies at the Institute for Theoretical and Experimental Physics where he later worked as a physicist.

In 1956, Orlov nearly lost his career of scientist due to his speech at the party meeting devoted to the discussion of the report On the Personality Cult and its Consequences by Khrushchev at the 20th Congress of the CPSU. Then he publicly called Stalin and Beria “killers who were in power” and put forward the requirement of “democracy on the basis of socialism.” For the pro-democracy speech he made in 1956, he was expelled from the Communist Party of the Soviet Union and fired from his job.

Defending academician Sakharov, Orlov on 16 September 1973 wrote “Open Letter to L.I. Brezhnev about the Reasons for the Intellectual Backwardness in the USSR and Proposals to Overcome It” which appeared in underground samizdat circulation. The Western press published the letter in 1974 but its publication in the Russian press took place only in 1991.

In the early 1970s, the article by Yuri Orlov “Is a Non-Totalitarian Type of Socialism Possible?” also appeared in underground samizdat circulation.

In 1973, he was fired after becoming a founding member of the first Amnesty International group in the Soviet Union.

In May 1976, he organized the Moscow Helsinki Group and became its chairman. Andrei Sakharov praised Orlov for systematically documenting Soviet violations of the human rights provisions of the Helsinki accords. Orlov ignored orders to disband the Moscow Helsinki Group when the KGB told him the group was illegal. The KGB head Yuri Andropov determined, “The need has thus emerged to terminate the actions of Orlov, fellow Helsinki monitor Ginzburg and others once and for all, on the basis of existing law.”

On 10 February 1977, Orlov was arrested. In March 1977, Orlov published the article about his arrest “The road to my arrest.” In a closed trial, he was denied the right to examine evidence and to call witnesses.

The courtroom was filled with some 50 individuals selected by the authorities, while supporters and friends of Orlov, including Andrei Sakharov, were barred from entering because there was no room. Orlov’s summation was interrupted many times by the judge and the prosecutor and by spectators who shouted “spy” and “traitor.” According to Orlov’s wife Irina, hostile spectators in the courtroom applauded the sentence and shouted: “You should have given him more.”

Orlov at the trial argued that he has a right to criticize the government and a right to circulate such criticism under the freedom of information provisions of the Helsinki Accords. Orlov also argued that he circulated such information for humanitarian, not subversive, reasons. On 15 May 1978, Orlov was sentenced to seven years of a labor camp and five years internal exile for his work with the Moscow Helsinki Group.

US President Jimmy Carter expressed his concern over the severity of the sentence and the secrecy of the trial. Washington senator Henry M. Jackson said, “The Orlov trial, and the Ginzburg and Shcharansky incarcerations, are dramatic cases in point” when discussing Soviet breaches of law. The US National Academy of Sciences officially protested against the trial of Orlov.

In the summer of 1978, 2400 American scientists including physicists at the University of California’s Lawrence Berkeley Laboratory created Scientists for Sakharov, Orlov and Shcharansky (SOS), an international movement to promote and protect the human rights of scientists. An initiator of SOS was American physicist Andrew Sessler, its chairman was Prof. Morris Pripstein.

Scientists at CERN have spoken out against the imprisonment of Orlov for “disseminating anti-Soviet propaganda”. 43 physicists have called off Soviet trips to protest the jailing of Orlov.

For the first year and a half, Orlov was imprisoned in Lefortovo Prison, then Perm Camp 35 and 37. In Perm Camp 37, he mounted three hunger strikes to make the prison authorities return his confiscated writings and notes. Two articles written by Orlov in the camp were smuggled and published abroad. On 5 July 1983, the Austrian Chancellor Bruno Kreisky sent the Soviet leader Yuri Andropov a letter asking for the release of Orlov to Austria, but it was intentionally left without an answer.

The New York-based Helsinki Watch issued a statement about Orlov’s health deterioration, “He has frequent headaches and dizzy spells, resulting from an old skull injury. He suffers from kidney and prostate inflammation, low blood pressure, rheumatic pains, toothaches, insomnia and vitamin deficiency. Medical care in the labor camp is extremely inadequate.” Orlov also suffered from tuberculosis. He has lost a good deal of weight and most of his teeth. Orlov’s wife said he looked extremely emaciated and that she was “very fearful for my husband’s health. The authorities are gradually killing him.”

In 1984, Orlov was exiled to Kobyay in Siberia and was allowed to buy a house with a garden. On 14 November 1985, Professor George Wald raised the case of Orlov in a talk with the Soviet leader Mikhail Gorbachev who answered he had not heard of Orlov.

On 30 September 1986, the KGB proposed to expel Orlov from the Soviet Union after depriving him of his Soviet citizenship and met with approval from the Central Committee of the Communist Party of the Soviet Union. Orlov’s discharge from Siberian exile was part of the U.S.–Soviet deal to release journalist Nicholas Daniloff. Orlov’s release from exile and expulsion from the USSR lifted hopes among Westerners that the Helsinki process might finally start yielding progress. US President Jimmy Carter said, “As for Orlov, we’re very delighted with this happy occurrence. We would like to meet with him if he comes to this country, but I don’t know that he will. I have no way of knowing his plans.”

On 10 December 1986, Orlov was awarded the Carter-Menil Human Rights Prize of $100,000. In 1987, Orlov began working at Cornell University as a scientist and professor. Orlov was a visiting Fellow at the European Organization for Nuclear Research (CERN) in 1988/89. A member of the American Academy of Arts and Sciences, Orlov studied particle accelerator design, beam interaction analysis and quantum mechanics. He has authored and co-authored numerous research papers, articles on human rights, and an autobiography, Dangerous Thoughts (1991).

In 1990, Gorbachev restored Soviet citizenship to Orlov and other 23 prominent exiles and emigres who lost the right in the period from 1966 to 1988. Orlov told Gorbachev, “I would say you have a very great power in your hands, the K.G.B., and you should therefore carry out your reforms without fearing anyone at all. Afterward, you should liquidate the K.G.B., because it is a cancer.” On 18 July 1991, Orlov and Elena Bonner wrote an open letter about the fact that Soviet army and special troops have been systematically deporting thousands of Armenians from Azerbaijan to Armenia. In 1993, Orlov received American citizenship.

In 1995 the American Physical Society awarded him the Nicholson Medal for Humanitarian Service. In 2005 he was named the first recipient of the Andrei Sakharov Prize, awarded biennially by the American Physical Society to honor scientists for exceptional work in promoting human rights. In 2004, Orlov expressed his opinion about Russia and Vladimir Putin by saying, “Russia is flying backwards in time. Putin is like Stalin, and he speaks in the language of the thug, the mafia.” On 24 March 2005, Orlov wrote a letter to Putin to express disquiet over the criminal prosecution of Anna Mikhalchuk, Yuri Samodurov, and Ludmila Vasilovskaya in the case concerning the Sakharov Museum exhibition on religion.

Orlov participated in two documentaries about the Soviet dissident movement, the 2005 one They Chose Freedom and in the 2014 one Parallels, Events, People. He was a member of the Human Rights Watch Asia Advisory and Academic Freedom Committees, and member of the Honorary 25th Anniversary Committee, Global Rights. Orlov died on 27 September 2020, aged 96.

Yuri Fyodorovich Orlov (Russian: Ю́рий Фёдорович Орло́в, 13 August 1924 – 27 September 2020) was a particle accelerator physicist, human rights activist, Soviet dissident, founder of the Moscow Helsinki Group, a founding member of the Soviet Amnesty International group, and Professor of Physics at Cornell University. He was declared a prisoner of conscience while serving nine years in prison and internal exile for monitoring the Helsinki human rights accords as a founder of t Yuri Orlov was born ... 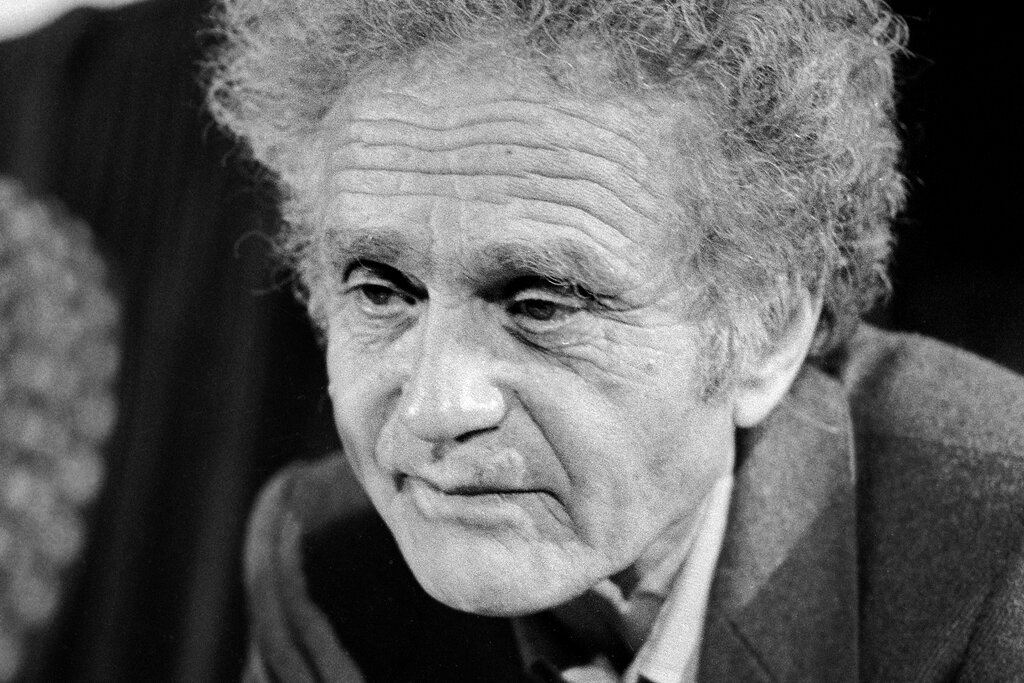 A prominent physicist, he founded the Moscow Helsinki Group to hold his government accountable after serving time in prison and in exile.

Yuri Orlov, the Cornell physicist who was arrested by the KGB and exiled to...

The incredible story of a scientist who survived gulags, fighting to change his country and physics. 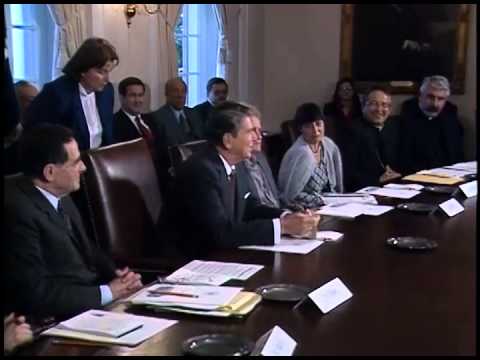 These blurbs on Orlav reminded me that we in the West mostly have little knowledge of Soviet/Russia rel with US.