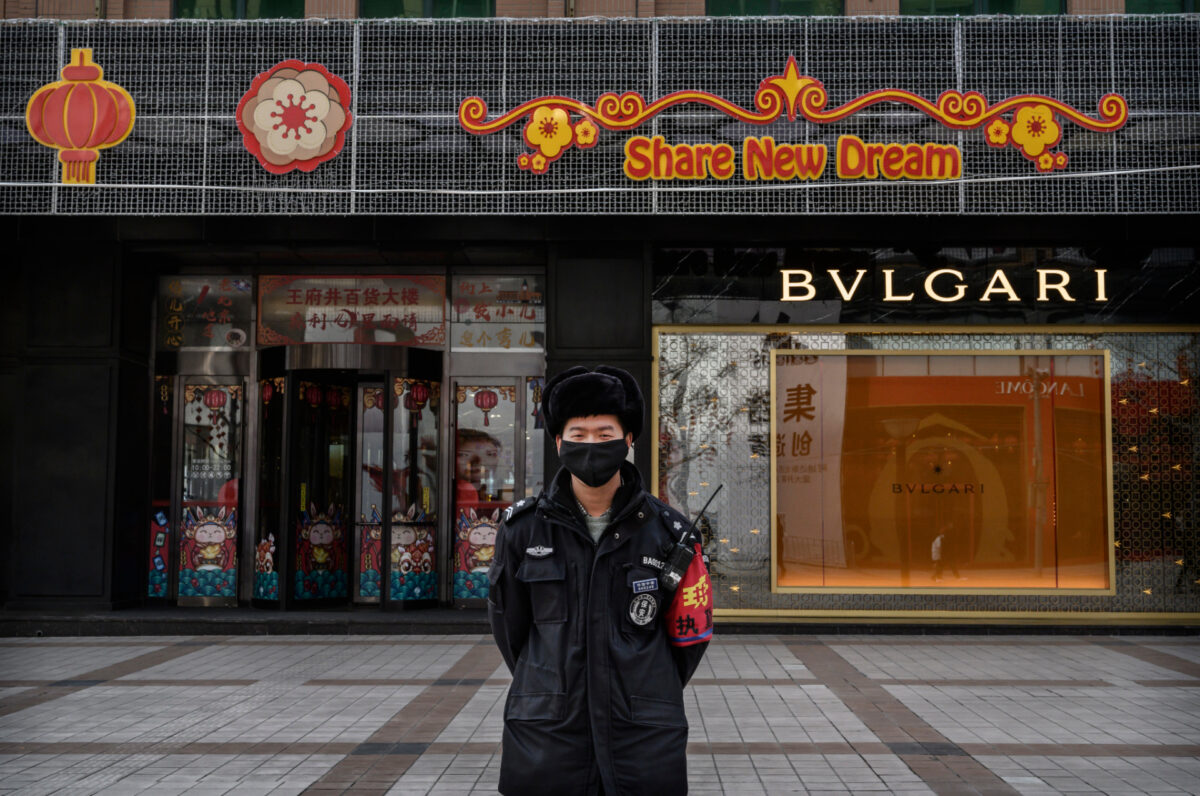 The propaganda department in virus-stricken Hubei Province has engaged over 1,600 censors to scrub the internet of “sensitive” information relating to the coronavirus outbreak, according to an internal document obtained by The Epoch Times.

Tks. I know nothing about them. I posted bc have seen peeps here talking about the censorship.

There are several videos showing people presumably spreading germs intentionally. Spitting on elevator buttons, etc.
What is the perceived motive? There have been enough that I don’t think we can dismiss as “crazy”

Do we believe they are infected and wish to take others along with them?

WuHan has a fully functional SWAT team, and the men carrying the

The Type 95 Automatic Rifle (Chinese: 95式自动步枪; pinyin: 95 Shì Zìdòng Bùqiāng) or QBZ-95 is a bullpup assault rifle designed and manufactured by Norinco, and issued since 1995 as the service rifle for the People's Liberation Army, People's Armed Police and various paramilitary law enforcement agencies in the People's Republic of China. The rifle's designation "QBZ" stands for "light weapon (Qīng Wŭqì) - rifle (Bùqiāng) - automatic (Zìdòng)", in keeping with the coding standards of the Chinese def...

but part of Ministry of State Security

Some yes, do want to take others with them. While others are acting in unison as a BioTerrorist cell.

People not being confirmed yet and even died before they were

Enough to warrant the need for Mobile Crematoriums

A bioterrorist cell? Wouldn’t it be considerably more efficient to use spray bottles or anything besides saliva?

On top of the crematoriums already running

That would depend on the instructions of their Handlers

Why can I not find 5.8x42mm chinese ammunition for sale in the USA? I would like to inspect the cartridges and study the components.

Itar and its classified on their part im sure

a few years back Russian surplus ammo was the cheapest thing

I knew something fishy is gana be built…

Americans are not allowed to own Chinese weapons

Canadians can own Chinese Norinco