But what the hell is it to retaliate against ordinary people?

#中共國 廣西賀州慘案，報復開始。但是你特麼報復老百姓算個什麼玩意？冤有頭，債有主，出門右拐是政府。# 中共 国 Guangxi Hezhou tragedy, revenge begins. But what the hell is it to retaliate against ordinary people? There is an injustice, a debt owner, and it is the government to turn right.

What is this?? Or where is this… no masks… sorry I don’t understand

現在買東西都是九死一生的概率了?！
提醒大家記得勤洗手啊 ！# 中共 国 People in the video keep spitting on the goods on the shelf.

Now the probability of buying a life is nine dead ?!
Remind everyone to wash your hands frequently!

something or force (Dark Army) is making people do this

Unless you are told to do so

Or paid a lot of money to do so…

Remember. ISIS used to be Mercenary before they went all Jihadist.

I can attest to the dark forces thing too, as well.

I’m not talking about

They have their own Demons

On the lighter side

Lol I dig it

So what is your Shit Hits The Fan plan? 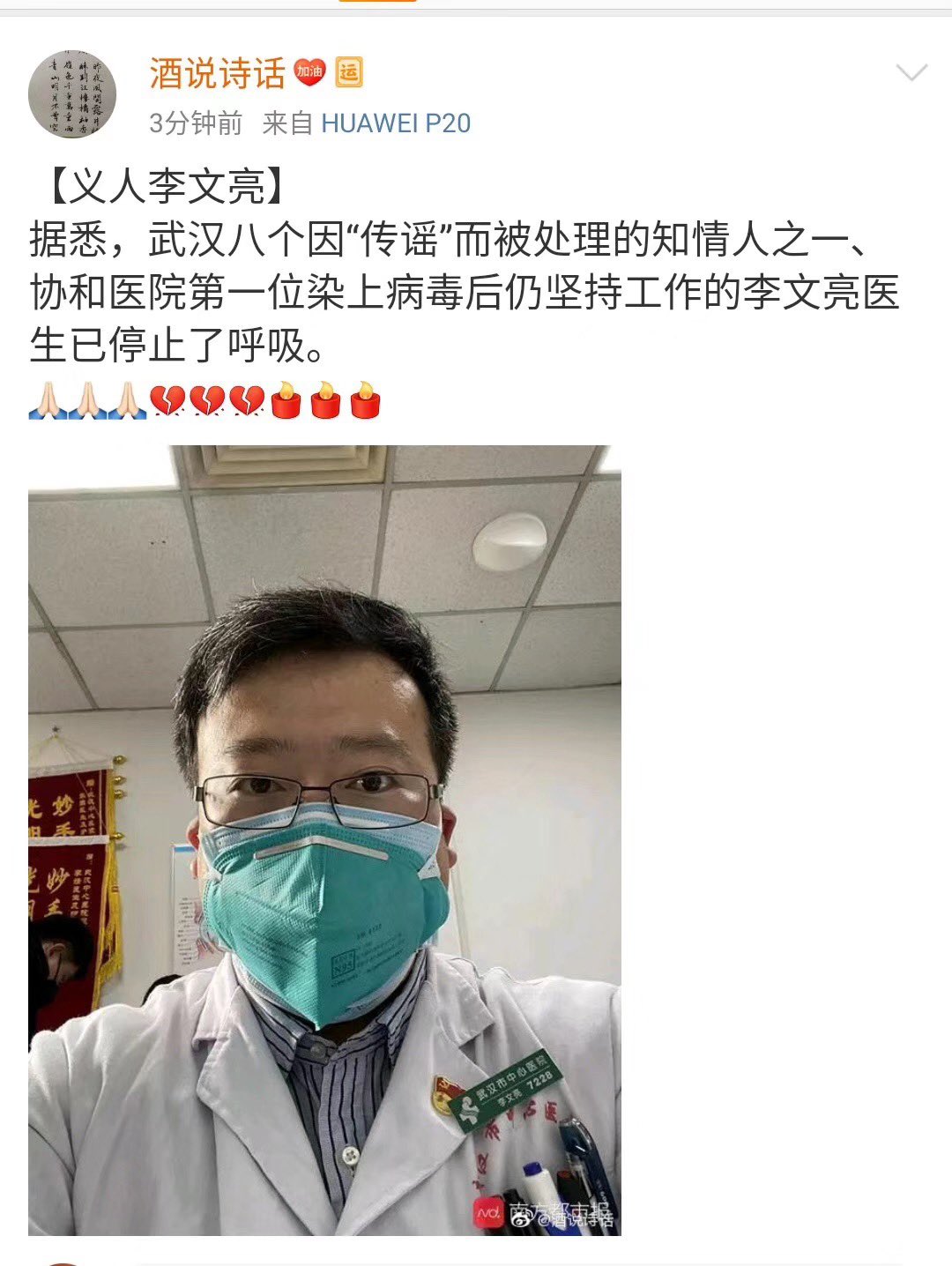 Translate: one of the first 8 doctors who disclosed nCOV died tonight. They disclosed to public on 8th DEC 2019, but arrested by CCP said they were spreading rumour.

On 8th of December they knew

李文亮医生因肺炎去世，每个中国人都该记住他 Dr. Li Wenliang died of pneumonia, every Chinese should remember him

also don;'t use chinese mobile company, one HK man arrested using Telegram against CCP because he was using Xiao-Mi mobile.

Telegram users are anonymous. SHould be safe. Don’t reveal too much then if worried

The latest issue of Time Magazine in the United States took Xi Jinping wearing a mask as the cover and raised a question
“Will a coronavirus outbreak derail Xi Jinping’s Chinese dream of the century?”

哀悼李文亮！他是最早發現病毒的人，卻被中共認定為謠言！他堅守崗位直到感染肺炎，31號他肺炎核酸為陰性，但6號卻被公佈死亡，死的不明不白！他不是死于疾病，而是死于這個邪惡的體制，他能救助病人，但又有誰能救他？哀悼死者，我們要對得起這個人！ Mourn Li Wenliang! He was the first person to discover the virus, but the CCP identified it as a rumor! He remained on duty until he became infected with pneumonia. On the 31st, his pneumonia nucleic acid was negative, but on the 6th he was announced dead. He did not die from the disease, but from this evil system. He could help the sick, but who could save him? Mourn the dead, we have to be worthy of this person!

Thursday, February 6, 2020 12:05 PM
At the southeast farmer’s market in Yifeng County, Jiangxi Province, some vegetable stalls have launched a ‘no one selling’ model. A citizen said: ‘’ The boss is not there, I ’ll pay him at the price, and the boss is honest.

Making a Russian Package for our Russian Friends

Not the same strain of coronavirus that originated in Wuhan…

Im supposed to travel from nyc to cancun mexico on the 16th with my wifey and 2 yr old… thots?