17 year old Kyle Rittenhouse-Lewis’ mom Wendy drove him and his AR-15 rifle from Antioch, IL to Kenosha WI to “defend” businesses that he does not own from riots.

⤺ reposted by @0x1bJnz8 from “🎶 Catherine Zeta-Jones, she dips beneath the lasers, ohhhhhh 🎶”

17 year old Kyle Rittenhouse-Lewis’ mom Wendy drove him and his AR-15 rifle from Antioch, IL to Kenosha WI to “defend” businesses that he does not own from riots.
He ended up shooting 3 people, 2 died and 1 lost his arm.

Since some people are always quick to pull up shooting victims prior criminal history in order to justify their ill fate, I thought I’d post the shooters instead.

His prior criminal history,
In 2018, he has a charge for disobeying officers.

White Supremacist would be quick to state that he’s a drug addict and a criminal IF he was a POC. They would say he deserves everything that happened to him. Instead they’re calling him a “patriot” and started a GoFundMe account for his legal fees.

I think we should stay off this topic. Non actionable as Aries would say.

If cornered, the red panda will stand on its hind legs and extend its claws to appear larger and threatening.

Kyle will walk. I went over the law yesterday. There’s even an exemption for 16 year olds to carry long guns in WI. Open and shut. Anyone saying otherwise is going against the legal code and not providing anything intelligent - even if it is an emotional call to actions.

The Tribune could not find any indication that Rittenhouse has a prior criminal record beyond a speeding ticket and a citation for driving without a license that he received last week in Kenosha.

And that’s according to MSN.

What we know so far about Kyle Rittenhouse, the 17-year-old accused of murder...

There’s one absolute truth about Kyle Rittenhouse, the alleged vigilante who has been arrested in connection with a violent Kenosha night that left two people dead and another wounded: He idolized police. 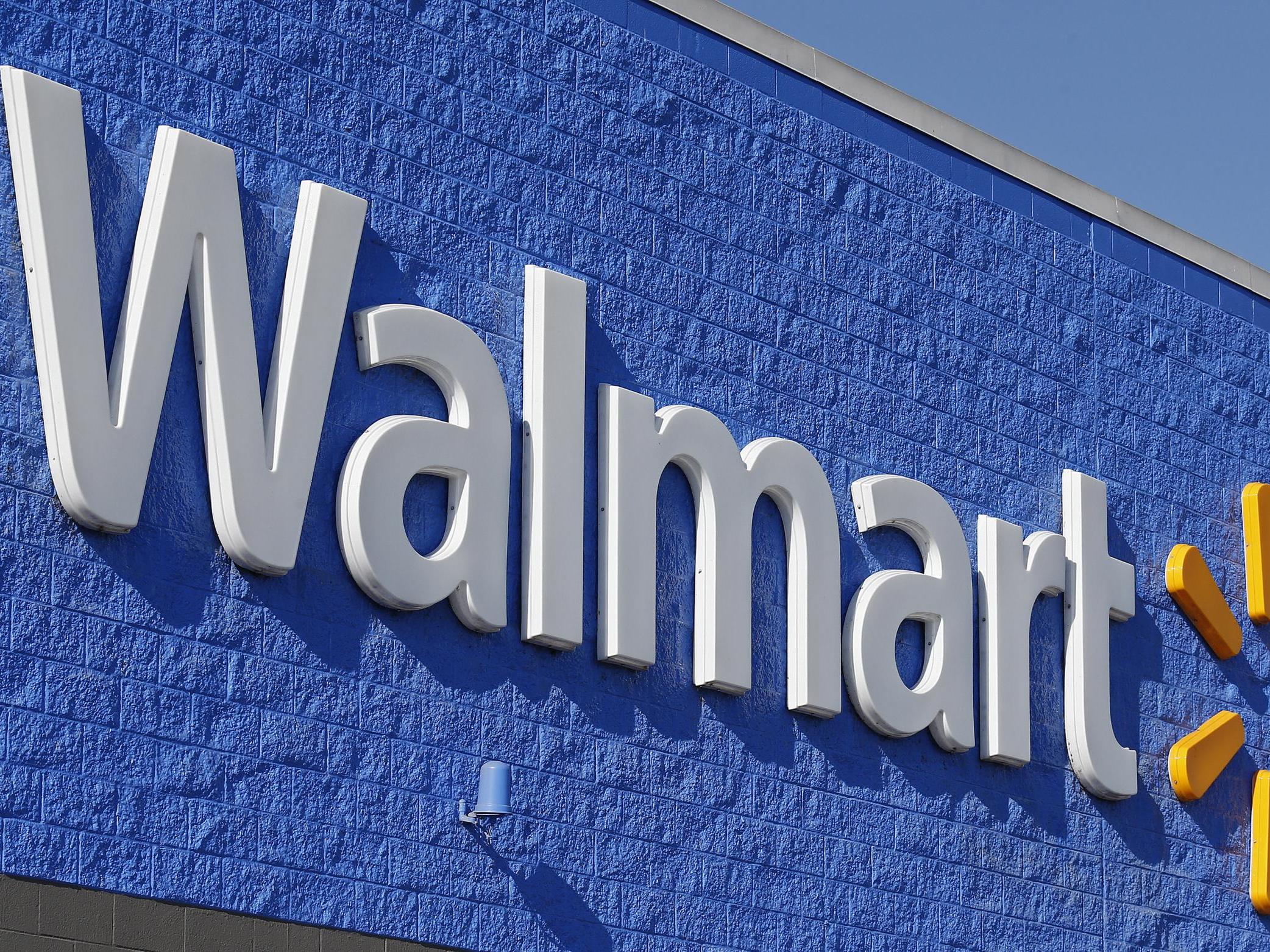 An hour ago, a bus with activists of the public movement “Patriots - For Life” was shot on the Kiev-Kharkov highway
Two people killed, one injured, several people kidnapped

On the eve, a fight took place between representatives of the “National Corps” and members of the public organization “Patriots for Life” of Ilya Kiva, People’s Deputy of the Ukrainian Parliament
Several veterans of the Azov regiment and soldiers of the National Corps allegedly participated in the battle.
Now Kiva, who is considered the man of Moscow, claims that exactly Azov and National Corps shot the bus with people 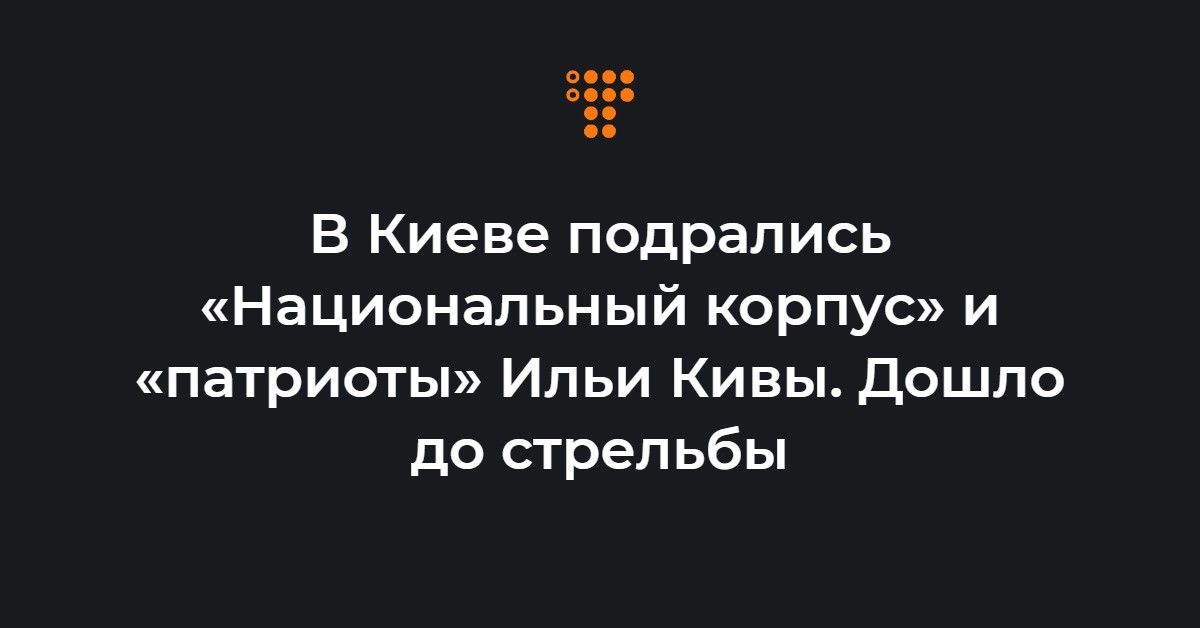 Proper punctuation is now a “microaggression.”

Either we slowly succumb to technocratic global communism or we take the gloves off and play winner take all.

Peter Diamandis is an international pioneer in the fields of innovation, incentive competitions, and commercial space. Fortune Magazine recently named Peter Diamandis as one of the “World’s 50 Greatest Leaders.”

Diamandis was born in The Bronx, New York. His parents, both Greek immigrants, were in the medical business. His father was a physician. From a very early age, Diamandis expressed a keen interest in space exploration. At age 8, he began giving lectures on space to his family and friends. At age 12, Diamandis won first place in the Estes Rocket Design Competition for building a launch system able to simultaneously launch three rockets.

“Teaching kids how to nourish their creativity and curiosity, while still providing a sound foundation in critical thinking, literacy and math, is the best way to prepare them for a future of increasingly rapid technological change.” - Peter Diamandis

“Most of today’s educational systems are built upon the same learning hierarchy: math and science at the top, humanities in the middle, art on the bottom. The reason for this is because these systems were developed in the nineteenth century, in the midst of the industrial revolution, when this hierarchy provided the best foundation for success. This is no longer the case. In a rapidly changing technological culture and an ever-growing information-based economy, creative ideas are the ultimate resource. Yet our current educational system does little to nourish this resource.” - Peter Diamandis

He earned degrees in Molecular Genetics and Aerospace Engineering from the MIT and holds an M.D. from Harvard Medical School. As an entrepreneur, Diamandis has started over 20 companies in the areas of longevity, space, venture capital, and education, including Human Longevity Inc., Celularity, Inc., International Space University, MicroSpace, Inc., and Planetary Resources. He is also co-Founder BOLD Capital Partners, a venture fund with $250M investing in exponential technologies. He is the Executive Founder of Singularity University, a graduate-level Silicon Valley institution that counsels the world’s leaders on exponentially growing technologies.

“The true measure of something’s worth is the hours it takes to acquire it.” - Peter Diamandis

“I’m more excited about the convergence of exponential technologies rather than any single tech. It’s the combination of AI + Robotics + VR + etc. that will yield new business models and transform industries. If I had to pick one, of course it would be Artificial Intelligence. It is hard for me to believe that anything else will be more impactful this next decade. But I’m a tech junky, so I get thrilled by the idea of combining 5G+VR/AR+AI… as well as AI + Genomics/CRISPR… this next decade is going to be quite a ride!” - Peter Diamandis

Diamandis is the Founder & Executive Chairman of the XPRIZE Foundation, which leads the world in designing and operating large-scale incentive competitions to solve market failures. Modeled after early 20th-century aviation prizes, the project aimed to spur the development of low-cost spaceflight.

Diamandis is a New York Times Bestselling author of two books: Abundance – The Future Is Better Than You Think and BOLD – How to go Big, Create Wealth & Impact the World. Diamandis has participated on the boards of several companies throughout his career, including Hyperloop and Cogswell Polytechnical College. He has also won several awards in his field, including Economist “No Boundaries” Innovator of the Year, the Neil Armstrong Award for Aerospace Achievement and Leadership, the World Technology Award, presented by the World Technology Counsel, and the Arthur C. Clarke Award for Innovation, among others.

Diamandis’ mission is to open the space frontier for humanity. His personal motto is: “The best way to predict the future is to create it yourself.”

When asked who has most influenced his thinking and why, Diamandis responded, “That would be Ray Kurzweil, my co-Founder of Singularity University. The first half of my professional life was 200% focused on space and influenced by Arthur C. Clarke and Robert Heinlein, Gene Roddenberry and the Apollo Astronauts. But the second half of my life has been about exponential technologies and solving the world’s greatest challenges, and it is here that Ray, his writings and philosophy, has been so meaningful to me. I’m grateful to call him a close friend, co-founder, and mentor.”

“The day before something is truly a breakthrough, it’s a crazy idea.” Trying out crazy ideas means bucking expert opinion and taking big risks. It means not being afraid to fail. Because you will fail. The road to bold is paved with failure, and this means having a strategy in place to handle risk and learn from mistakes is critical.” - Peter Diamandis Peter H. Diamandis (/ˌdiːəˈmændɪs/; born May 20, 1961) is a Greek American engineer, physician, and entrepreneur best known for being founder and chairman of the X Prize Foundation, cofounder and executive chairman of Singularity University and coauthor of The New York Times bestsellers Abundance: The Future Is Better Than You Think and BOLD: How to Go Big, Create Wealth, and Impact the World. He is former CEO and cofounder of the Zero Gravity Corporation, cofounder and vice chairman of Space

VideoPeter Diamandis’ $10 million X Prize bounty sparked a boom in commercial space tourism.  You won’t believe what he wants to do next. This article appears in the Feb. 13 edition of FORBES magazine. X Prize Foundation Chairman Peter... 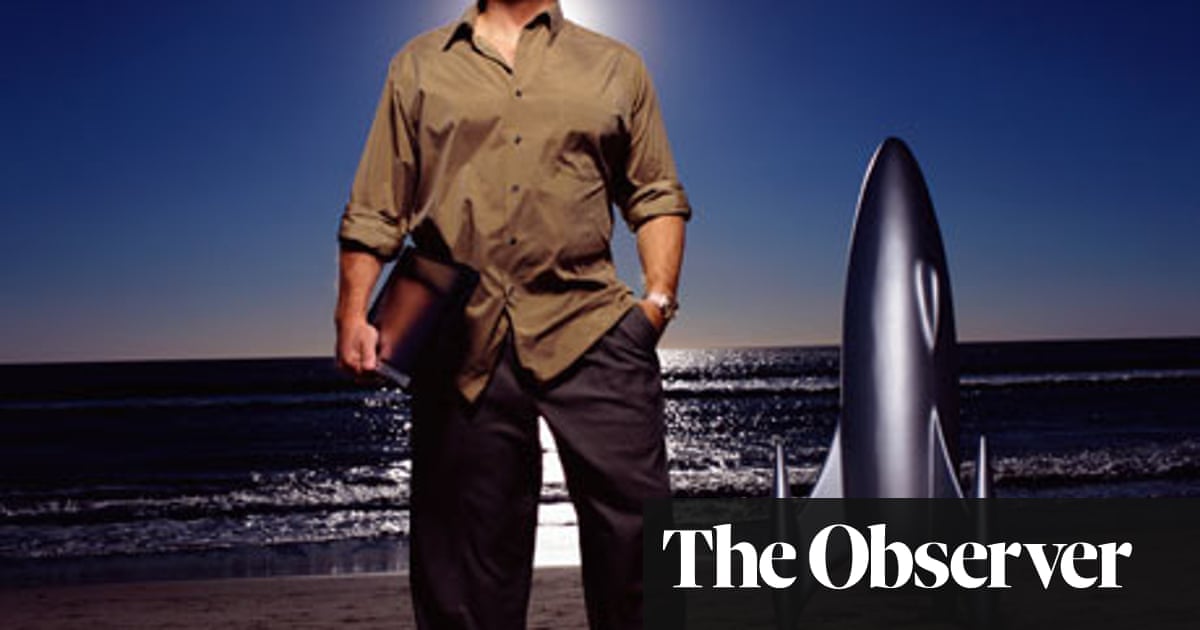 Singularity University: meet the people who are building our future

Take top thinkers from Silicon Valley and science, mix them with a heavy dose of utopianism and showmanship, and you've got the Singularity University – on a mission to seek technological solutions to the world's great challenges, writes Carole... 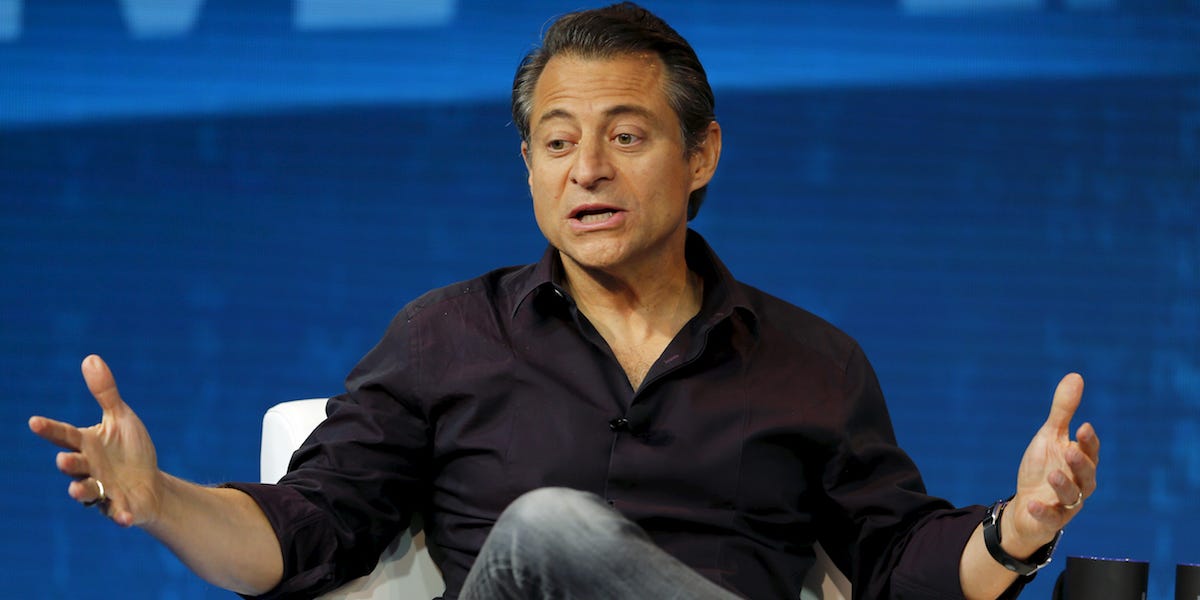 Serial entrepreneur Peter Diamandis says his career taught him the importance of passion, curiosity, and persistence, and he instills those traits in his sons. 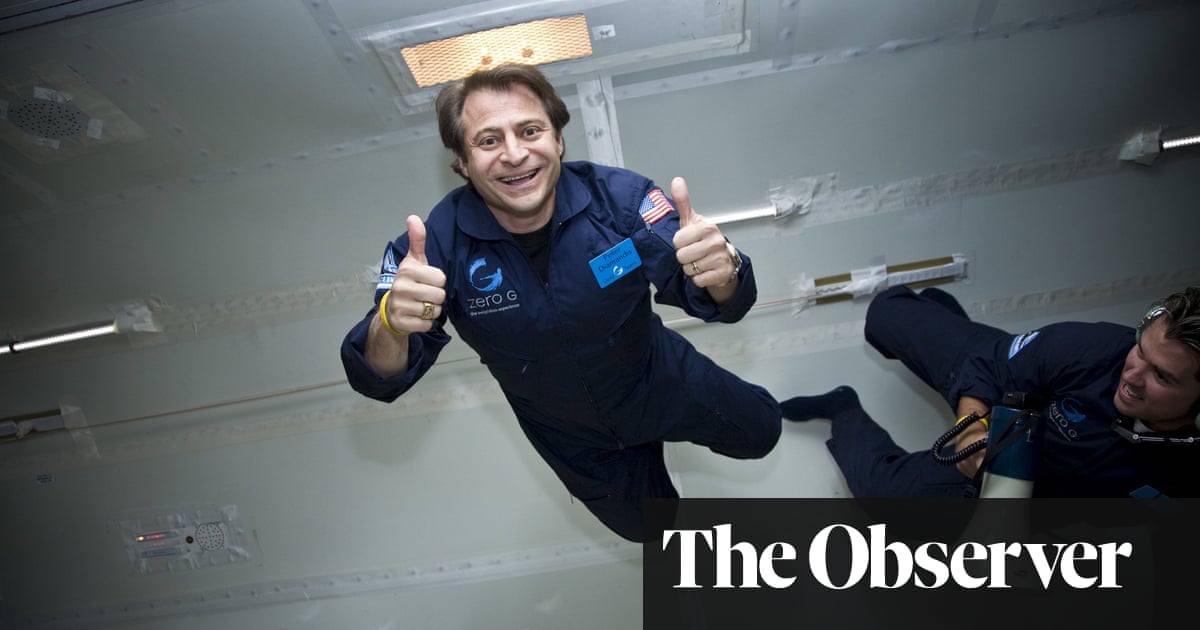 Peter Diamandis: ‘In the next 10 years, we’ll reinvent every industry’ 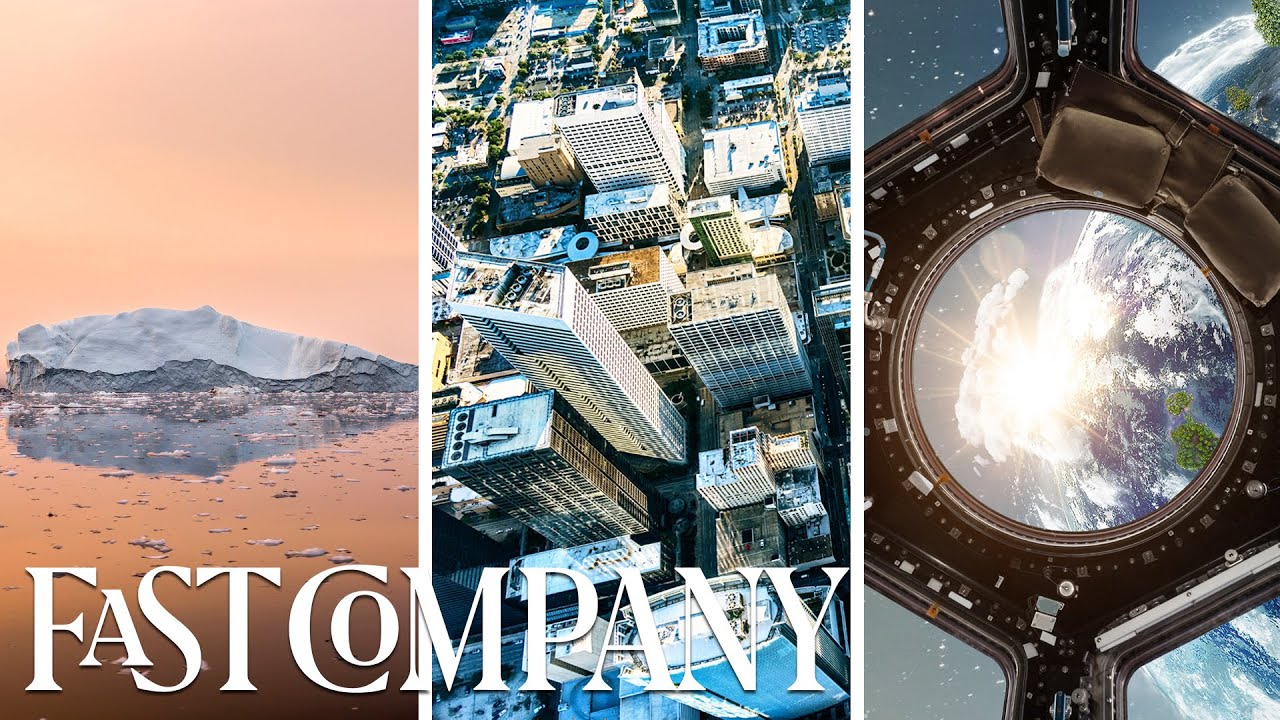 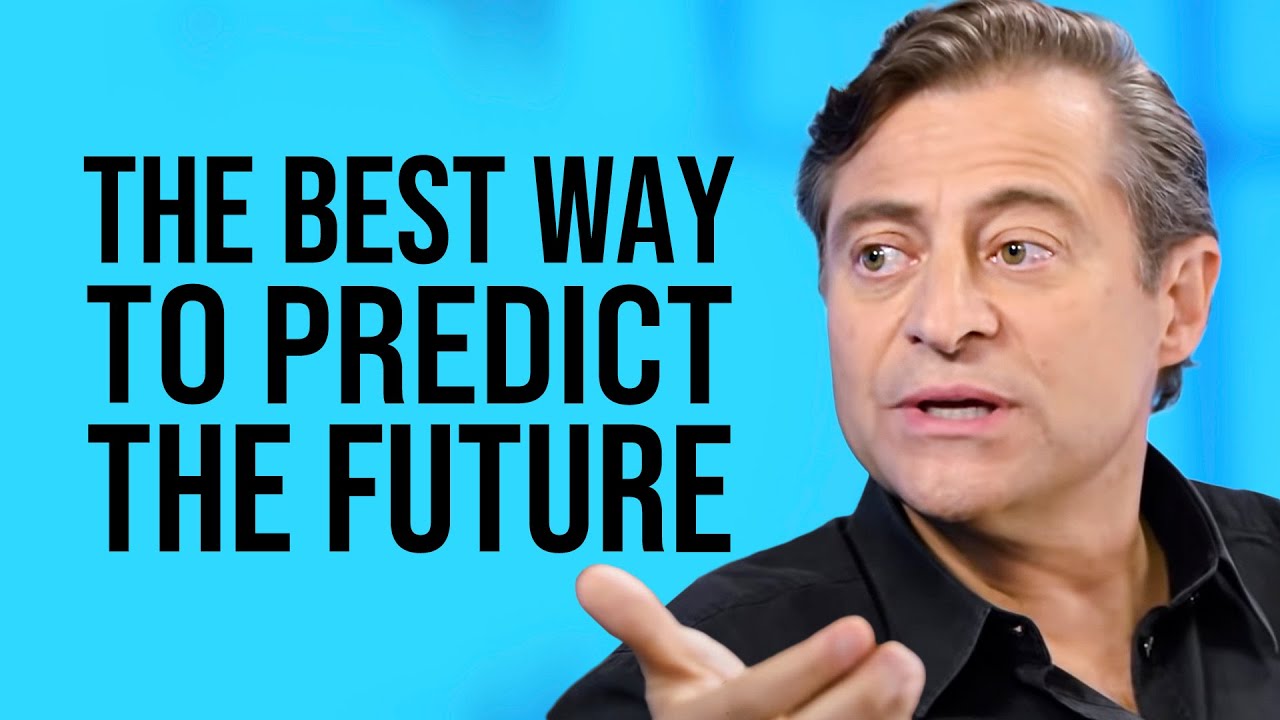 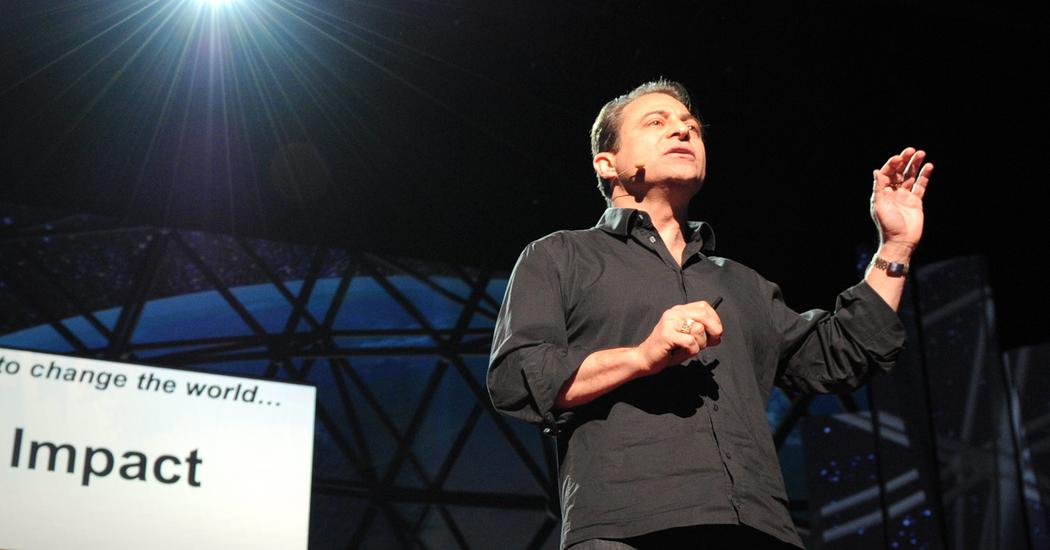 Abundance is our future

Onstage at TED2012, Peter Diamandis makes a case for optimism -- that we'll invent, innovate and create ways to solve the challenges that loom over us. "I’m not saying we don’t have our set of problems; we surely do. But ultimately, we knock them... 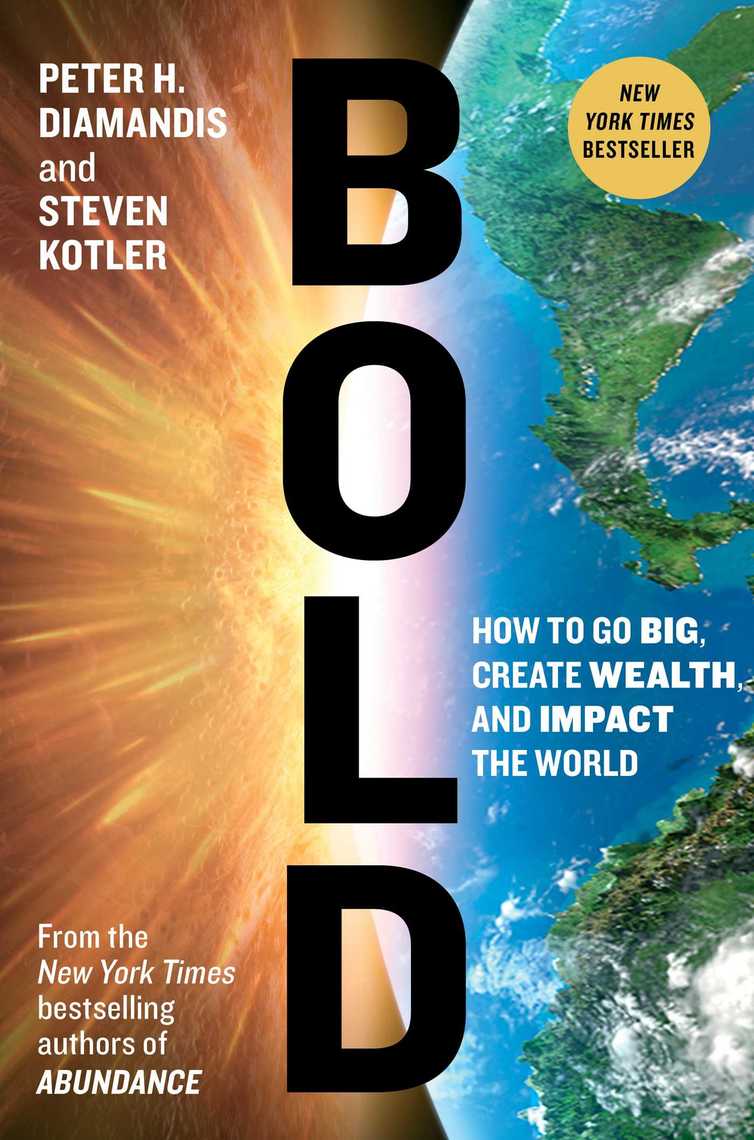 “A visionary roadmap for people who believe they can change the world—and invaluable advice about bringing together the partners and technologies to help them do it.” —President Bill Clinton A radical, how-to guide for using exponential...

The Future Is Faster Than You Think 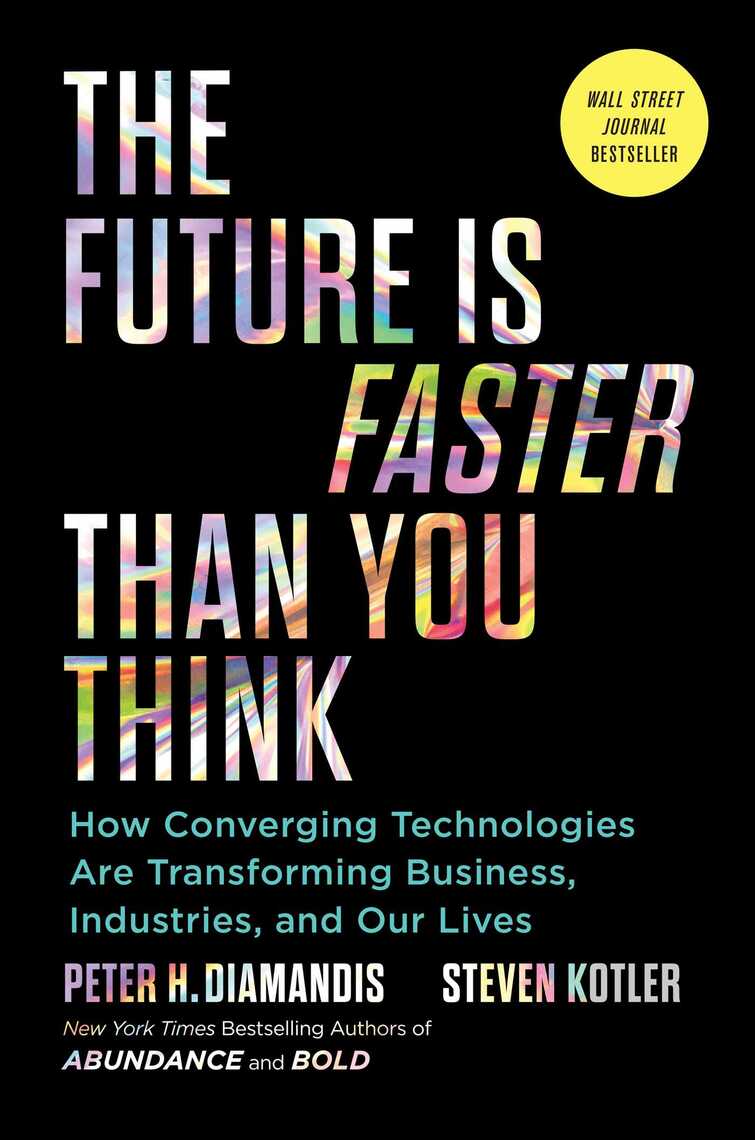 Read The Future Is Faster Than You Think Online by Peter H. Diamandis and...

“Quite simply, good news doesn’t catch our attention. Bad news sells because the amygdala is always looking for something to fear.” - Peter Diamandis

Last but not least, Try this Challenge.

Lets call it The Diamandis Challenge

“If we were to forgo our television addiction for just one year, the world would have over a trillion hours of cognitive surplus to commit to share projects.” - Peter Diamandis

Dare you to try it. #diamandischallenge

So he was a drunk 14 year old with a gun? Am I understanding this?

I’m all over this. Unless it’s been specifically for study, I hardly ever touch tv or youtube or any of it. He’s spot on - you know how much I get done while other people are consuming pointless media?! It’s like I get triple the days they do. #challengeaccepted and then some! Thx for correction, it happens… I googled my old roommate once and a serial killer came up

⤻ reposted @Herebetr0lls to @DefNotDorothy THAT IS THE WRONG KYLE RITTENHOUSE. Jesus, look at the birthday in the WI court access system. The K…

Second this. I literally do not watch things anymore unless it’s for a purpose, like homework or researching a topic. That said, I could probably lower my social media consumption even more to maximize my productivity this week.